"It might be not as rigged as I thought, right?": Donald Trump suggested we cancel the elections then James Comey cheered him up 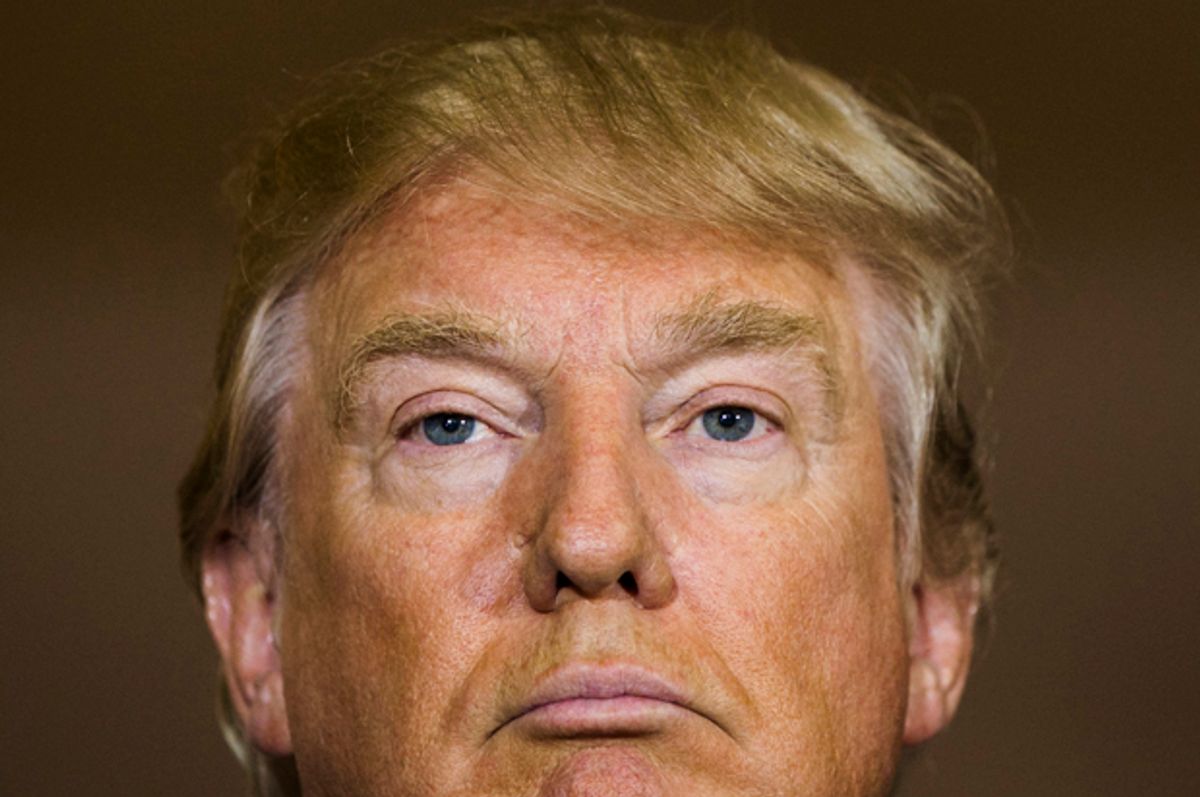 Just when you thought the election was winding down as Donald Trump’s chances for victory slowly expire, FBI Director James Comey released a seemingly harrowing statement on Friday announcing that the Bureau is taking a look at additional emails, apparently related to Hillary Clinton's email cache.

Contrary to press reports throughout the day, this isn’t a “reopening” of the case, and the emails are apparently not emails sent by Clinton herself.

Even if reporters had simply skimmed the letter, they would’ve understood that the additional emails are “pertinent to” an “unrelated case” and that investigators would be reviewing the emails in the context of this other case. The other case in question happens to be the FBI’s probe into Anthony Weiner’s sexting scandal.

“In connection with an unrelated case, the FBI has learned of the existence of emails that appear to be pertinent to the investigation […] I agreed that the FBI should take appropriate investigative steps designed to allow investigators to review these emails to determine whether they contain classified information, as well as to assess their importance to our investigation.”

In addition to more than a few headline writers with poor reading comprehension skills, Trump himself ballyhooed the news, suggesting that perhaps the system isn't as rigged as he thought. "It might not be be as rigged as I thought, right? Right?" It's a brave concession by the GOP nominee who's turned whining into political performance art. Trump's crybaby attitude in which anything that isn't pro-Trump is clearly rigged against him has become his predictably obnoxious closing statement, capping his 17-month-long campaign for president on a whimpering, Charlie Cheswick note.

In keeping with his ongoing public sobbing, Trump blurted something earlier in the week that should've been a much bigger story. Indeed, if the political news media was truly rigged against him, it would've been. The day before the Comey note to Congress emerged, Trump told another gathering of deplorables that perhaps the election ought to be canceled, and that Trump himself handed the victory by fiat.

“I’m just thinking to myself right now: we should just cancel the election and just give it to Trump, right? What are we even having it for? Her policies are so bad!”

Yes, because elections are routinely canceled whenever the Republican candidate believes the Democratic candidate has "bad policies." Smart. Of course it plays directly into the whimsical ignorance of Trump's loyalists who, like their leader, don't know a damn thing about how the system works. Consequently, they're really, really easy to exploit and manipulate by a professional media huckster like Trump.

Regardless, most of the alleged "rigged" news media outlets are ignoring the quote because, well, it's Trump, and Trump says a lot of loony totalitarian things. But this, coupled with his recent threats to punish journalists using his would-be presidential powers, along with his alarming announcement that he might not concede, is just a hint as to what a Trump presidency might look like. Trump thinks he's entitled to this power, and he thinks that Hillary Clinton's negatives are justification enough to cancel the entire election.

Even if he was joking, no one who's seriously interested in being the chief executive of the United States would screw around with such an idea. Even when half the nation seceded from the Union, we still held all of our required national elections. Canceling elections is so phenomenally foreign to us, yet here's Trump telling his gawking fanboys about this very thing, and they're loving it.

In America, in 2016, normal people laugh off such possibilities. Others watching from the outside, however, who've lived under despotic regimes, know better. They've seen this before — a generalissimo strongman suspending elections or constitutions. Here, it's a joke. Though with Trump standing six points away from the presidency, it really ought to be taken a little more seriously here, by you and me. Right now.

But if the worst-case scenario occurs on Nov. 8, it's entirely possible that Trump might cancel the 2018 midterms, or cancel the next presidential election, ushering him into an automatic second term. Does anyone seriously believe that Trump, with absolute executive powers and without any real constraints in place to physically remove him, would give up the White House without trying everything imaginable in order to retain power? Let's say he's impeached and convicted by Congress, for example. Is there any mechanism in place to guarantee he leaves the White House? On numerous occasions, he's pledged to stack the military with pro-Trump generals. Will they order troops to remove him? Maybe, maybe not. Either way, is this a risk we're willing to take — a path we're willing to contemplate?

Trump continues to illustrate the sad reality that the presidential system, with its strong executive, is perhaps one of America's most deadly exports. For the most part, our presidents have acted in accordance with the Constitution, but doing so while constrained by the unwritten rules and traditions of the office. In other nations that have adopted similar systems based on our success story, presidents who refused or failed to establish our traditions have too often seized power and refused to let go. Likewise, there's nothing to indicate that Trump respects any presidential traditions — if he's even aware of them. In fact, it's fair to suggest that he doesn't really care about established laws, either. For example, the free press clause of the First Amendment.

Making matters worse, Trump's supporters, composing at least 40 percent of American voters, would absolutely backstop his efforts. It's difficult to imagine, but Trump said it best: He could shoot a guy in the middle of Fifth Avenue and his numbers would go up. With an election victory and perhaps a few tax cuts in place, it's conceivable that Trump would enjoy loud support, if not majority support. Once he's spent his first term indicting and auditing anyone who makes fun of his stubby hands, and once he's finished investigating both Hillary Clinton and Barack Obama, he'll have reinforced and augmented the effusive praise and gratitude of his deranged supporters enough to have them follow him down the ultimate path: canceling the elections.

Hopefully, this will all remain speculative. It seems so inconceivable, yet so has just about everything Trump has done so far. Hopefully, we won't be confronted with the possibility. Hopefully, Trump will be relegated to nothing more than a cautionary tale. A political bogeyman. But if you've read this far, and if you think I'm being alarmist, ask yourself: Is there anything that Trump has said or done that runs contrary to possibly making good on this alleged "joke?" Indeed, knowing what we know about Trump, suspending elections — or worse — lands squarely within his wheelhouse, and it should terrify everyone, from both parties, not to mention the rest of the world.