It takes a village idiot: Thanks to Donald Trump, the president may be chosen by a fourth-grade mentality

If we elect a presidential candidate who speaks and thinks on a fourth-grade level, what does that say about us? 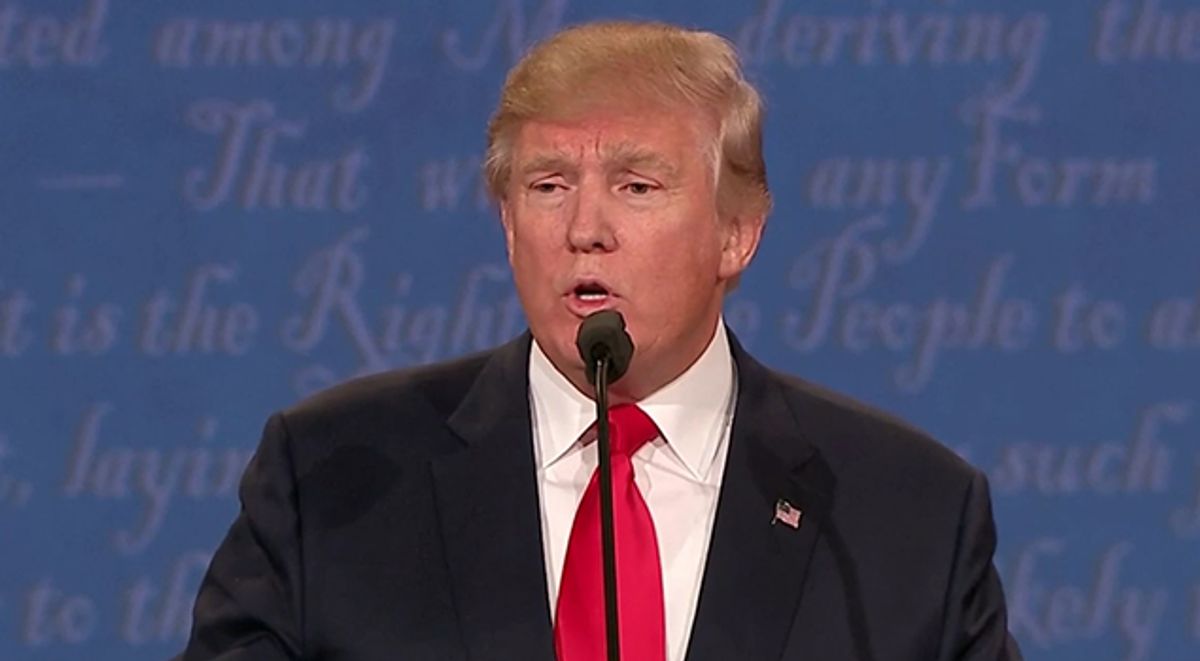 Imagine if the president of the United States were chosen for us by the nation’s fourth-graders.

It sounds absurd, but this bizarre circumstance is essentially what is unfolding right before our very eyes with the candidacy of Donald J. Trump.

Trump “dumbs down” his messages in order to appeal to low-information voters, or, as Trump calls them, the “poorly educated.” The language and content of one of Trump’s debates during the Republican primary election was scientifically analyzed and determined to be at the fourth-grade level.

This is consistent with what we've seen and heard. Just think of the central Trump campaign message: “Let’s build a wall to keep out the bad guys.” To a fourth-grader, this makes a lot of sense. It is clear and simple, and it seems very logical. No need for any further thought.

But to anyone beyond the fourth-grade level who thinks just a step or two beneath the surface, building a massive wall on the Mexican border is utterly ridiculous.

Take another example of a Trump campaign message: “Let’s ban all Muslims from entering America.” To a fourth-grader, this may make sense. Muslims have conducted a number of high-profile terrorist attacks, so let’s just ban them all. Problem solved.

But anyone with a fully-formed adult brain knows that this proposal is preposterous and much worse.

Examples of Trump’s childish simplicities go on and on. Think about his statements like, “We should have taken the oil in Iraq,” or “We should impose a 45 percent tariff on China,” or “We should default on the U.S. debt and renegotiate it.” These would all make sense to a fourth-grader on a very surface level, but of course in real life, they would all lead to disastrous consequences for the nation.

Trump’s statements about himself and how he would govern are also shockingly simplistic. He says things like, “I’m a winner so we’re going to start winning,” “We must get tough,” “What the hell do you have to lose by voting for me?” “We need law and order,” and, of course, the granddaddy of them all, “Make America great again.”

All of these things sound wonderful to a fourth-grader, but Trump has nothing more to offer. This is as deep as he gets. He has no substantive explanations or proposals as to how he would actually go about governing. His messages are completely rudimentary.

And as we know all too well, Trump is fond of a highly debased form of communication that is riddled with profanity and insults, including calling people “loser,” “stupid,” “fat pig,” “moron” and the like, all to the titillating delight of juveniles.

So what is Trump up to here in being so overly simplistic? Well, the conventional wisdom is that Trump is a demagogue who intentionally seeks to exploit the “poorly educated” by appealing to them with simplistic messages that in truth carry no substance.

Based on pure demographic statistics, and leaving aside the deplorable lack of ethics of exploiting others, Trump’s approach is grounded in a rational basis. The vast majority of Americans, approximately 70 percent, possess the intelligence level of only average or below, which is roughly at or below a high-school level. Only 10 percent of the population is regarded as superior or above. So Trump’s strategy seems apparent: Aim low to capture more people.

This is exactly what our Founding Fathers feared when they created this new system of democracy. They were concerned that an abominable candidate would come along and charm the masses of uneducated voters, and then the intellectual minority would be forced to suffer the imposition of an imbecile as their president.

It is scary enough to think that a presidential candidate of today would conduct a campaign specifically targeted at the millions of voters with fourth-grade mentalities.

It is even scarier to think that such a candidate is only one step away from occupying the White House.