At a Trump campaign event on Sunday, surrogate Wayne Allyn Root fantasized about the deaths of Clinton and her aide 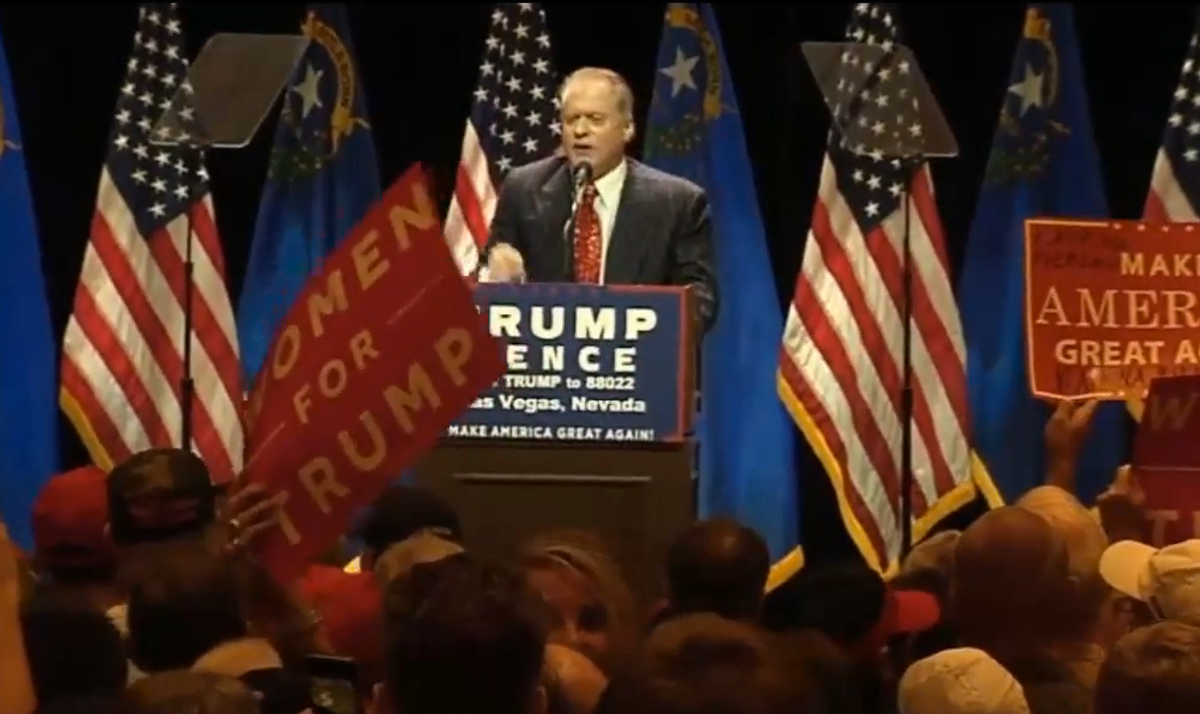 Before the Republican nominee graced the stage on Sunday, Root was warming up the restless crowd.

"Welcome to the Trump revolution!" Root roared to the rally-goers. "The peasants and the surfs and the taxpayers, with pitchforks, jackhammers and blowtorches, are headed for Washington, D.C. Can you hear us?"

More of a circus than a political rally, a Trump campaign event is typically hostile. Over the weekend, one Trump supporter chanted "Jew-S-A" at the press pen. But this belligerence doesn't just germinate in the crowd. Often times, Trump's own surrogates are responsible for whipping up the rabid audience.

On Sunday, Root led chants of "Lock her up" and described Trump as "a big, beautiful, gigantic middle finger" to the Washington elite. "His election will be the biggest F U in history," he claimed.

Root then pitched a made-for-TV movie to the crowd, a biopic loosely based on the fantasies and delusions of the alt-right. The plot involves Clinton and Abedin in a Ford White Bronco driving to the Mexican border. "If we all get our wish, the ending is like Thelma and Louise," he said. In the 1991 film, the title characters drive off a cliff to their deaths.

Root's act drew cheers from the crowd, who, incidentally, also laughed at jokes like "DikiLeaks" and "a leaking Weiner."