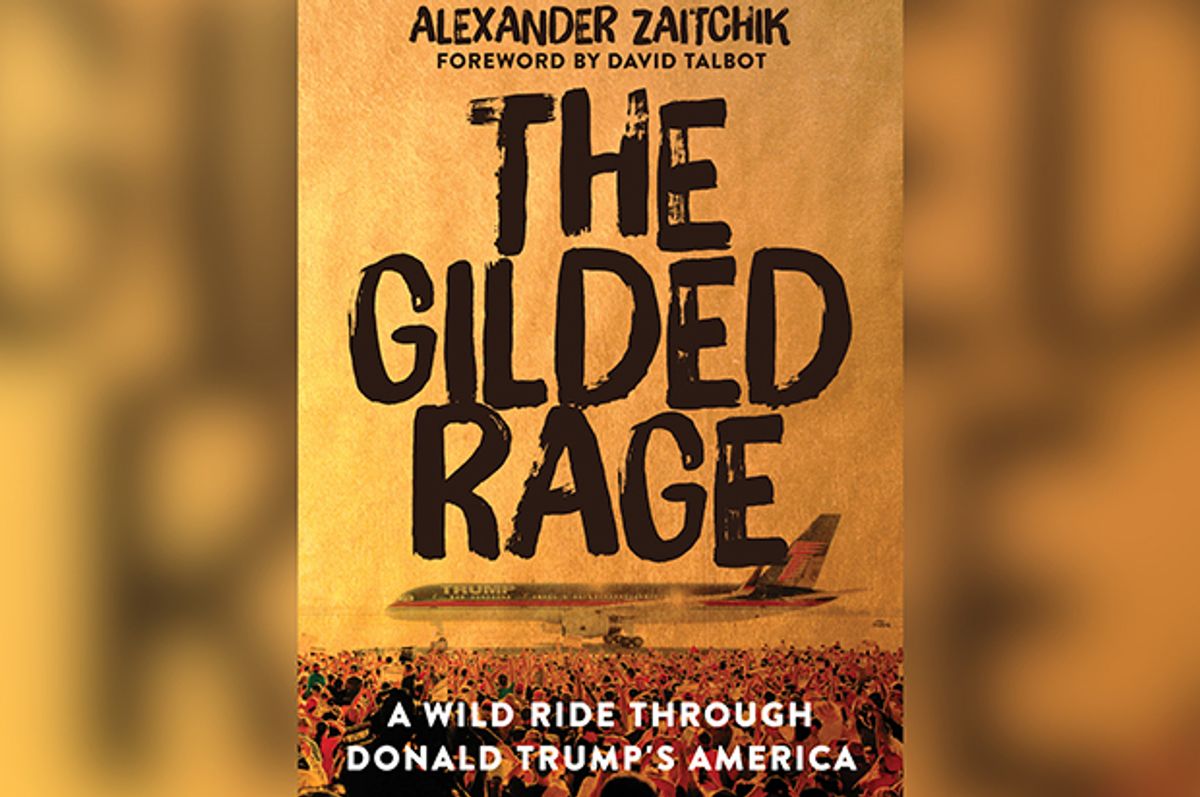 Election day is quickly approaching, and many are still in disbelief that Donald Trump has a legitimate shot at winning the presidency. Journalist and sometime Salon contributor Alexander Zaitchik embarked on a nationwide journey to gain some insight on who Trump’s supporters are, what they stand for, and why they unconditionally support a man who has defied the status quo for public officials.

As recounted in his recent book “The Gilded Rage: A Wild Ride Through Donald Trump's America,” Zaitchik spent months crisscrossing the country, attending Trump rallies and meeting with individual supporters in states like Pennsylvania, Arizona, West Virginia, Wisconsin, and California in the hopes of getting to know the people who support the Republican nominee.

Zaitchik engaged in an “ask me anything” post on reddit where users were able to directly ask him questions on his book and his work. When asked what he thought the general tone was at Trump rallies, he responded by saying, “The rallies could be scary. No doubt. I was struck by how once you got people away from those environments, they sounded very different, often having critical views of applause lines they were cheering an hour before. Those are gladiatorial events, almost monster truck rallies, and people attend them in that way I think.”

However, he believes that the stereotypical Trump supporter often portrayed by the media is not an accurate representation of all.

“I encountered some bigotry, of course, it streaked through a lot of the other concerns people had, but almost never was that at the top of people's lists about why they supported Trump. I gave people plenty of time to reveal themselves, and they most wanted to talk about cratering economies, lost industries, elite condescension and betrayal, etc,” Zaitchik told a reddit user who asked him how much left wing discourse about Trump supporters is actually justified.