The Libertarian Party is in shambles: Despite Hillary Clinton's email news, it's not time to think about a third party

You'd still have to deal with Gary Johnson, and that's a problem 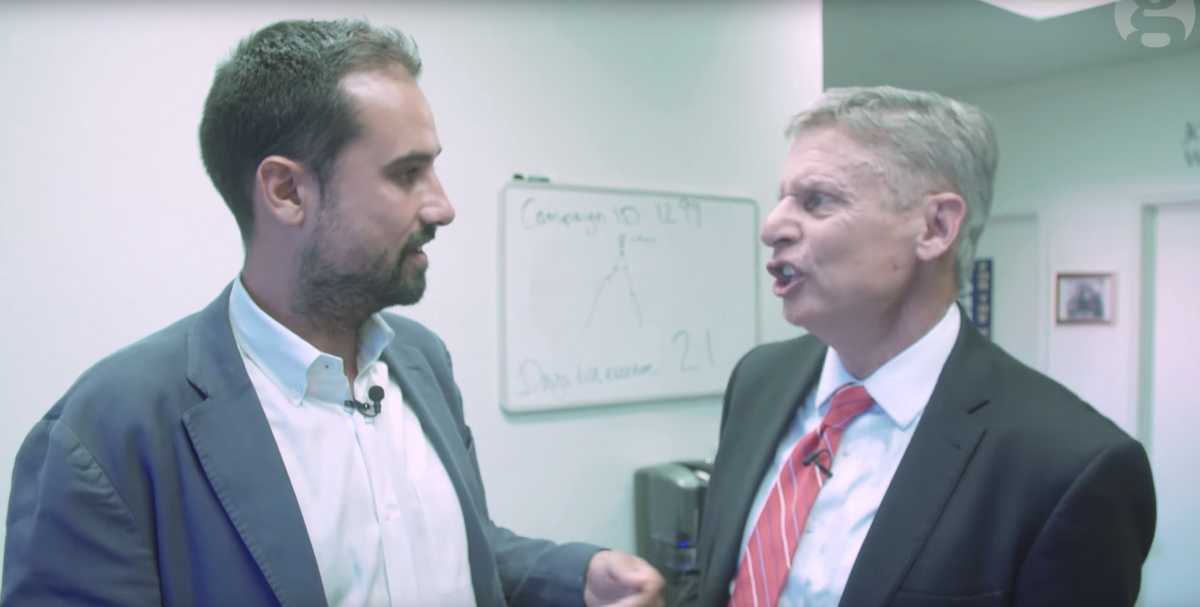 The Libertarian Party would like to inform you that, in the wake of the news about Hillary Clinton's emails and Donald Trump still being a terrible candidate and human being, it is still there and its presidential nominee, Gary Johnson, is on the ballot, awaiting your vote.

On Monday Libertarian vice presidential nominee William Weld went on CNN Monday to talk about the email mess, hoping that the American electorate would think that now is a good time to consider voting for his party.

This is a terrible idea. Please don't vote for the Libertarian Party.

It doesn't matter that the libertarians seem like an alternative to the two major parties that make you cry out, Thank God there's only eight more days of this shit left. The fundamental problem with the Libertarian Party— even if you can stomach the fact that libertarianism is, when you think about it, a terrible governing strategy — is that the party is led by Gary Johnson.

And if you're scared about Republican nominee Donald Trump or disappointed by Democratic nominee Hillary Clinton, Johnson's here to scare and sadden the fuck out of you.

On Thursday, The Guardian published a video interview with Johnson in which reporter Paul Lewis tried to talk about policies — real policies, not attempting to get the candidate to identify a place like Aleppo or something like that. It didn't go so well.

Johnson nearly flew into a rage when he was pushed on his economic plan — basically a giant sales tax — which many economists won't subscribe to.

"I looked and searched for any credible economist who would think it's sensible to abolish the income tax . . . and think that makes sense," Lewis said, prompting Johnson to say that there was "a difference of opinion." And when Johnson was pressed further, he retreated even more, saying, "I don't want to argue with you."

Lewis continued, "It's not a question of arguing —"

"Look," Johnson shouted in a moment of rage, "I came out for the legalization of marijuana."

And there you have it. When pressed on the fundamentals and shortcomings of his major economic policy, Johnson fell back on his pro-marijuana stance. Johnson is a one-trick pony when it comes to policy. He's not very good at foreign affairs and doesn't seem to talk about domestic issues. Yes, he's taking a stand for the pot voters. But beyond that, what else is there?

Or as Lewis summed things up, "What's [marijuana] got to do with your tax policy?"