In the waning days of the 2016 campaign, Donald Trump adds absurd exaggeration to his nativist fearmongering 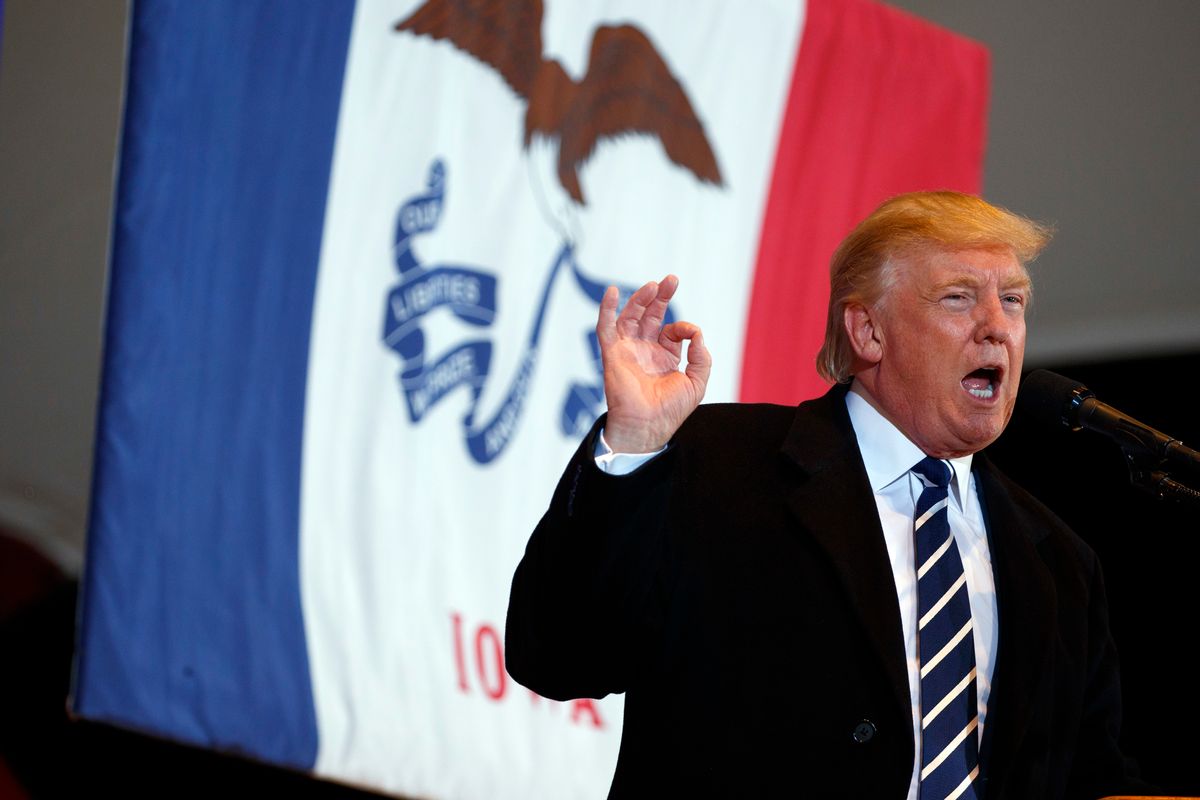 “It would be much easier working for Obama or working for Crooked Hillary because frankly when you’re working for Hillary, she wants to let people just pour in,” the Republican presidential nominee said. “You could have 650 million people pour in and we do nothing about it. Think of it: That’s what could happen. You triple the size of our country in one week.”

So let’s state the obvious right at the outset. This is insane. I know we’re almost done with the election and we’re all so inured to Trump’s craziness at this point that it often doesn’t even break through the headlines. But a comment like that is so far outside the realm of rational policy discussion that you can’t help but marvel at the fact that anyone said it, let alone a major-party presidential nominee.

This 650 million business is so crazy that it’s difficult to know where to begin. I have absolutely no idea where Trump came up with 650 million, though, the likely explanation is that it was the first big number that popped into his head. No matter what context you put it in, 650 million is an absurdly large number of people. It’s more than the total population of the entire continent of South America. It’s roughly half the population of China, the world’s most populous country. Trump was casually talking about Hillary Clinton shepherding about 9 percent of the global population into the United States. That’s nuts.

As for the one-week time frame, that’s just a stupid flourish appended to an already outrageous statement. To get a sense of how stupid it is, consider this: According to historical data from the Department of Homeland Security, the United States granted lawful permanent residence to a total of 54,265,322 immigrants in the nearly two centuries between 1820 and 2014. Per Donald Trump, Hillary Clinton is somehow going to legalize 12 times that many immigrants in just seven days.

The point here is that Trump has absolutely no idea what he is talking about. That point is implied by the many Pinocchios and pairs of flaming pants that Trump has earned throughout this election cycle, but sometimes it has to be stated in plain English:  Trump is massively ignorant and he is one election away from occupying one of the most powerful elected offices on the planet.

What Trump is pretty good at, however, is scaring people. The crux of Trump’s campaign has always been nativism. He kicked off his 2016 candidacy with a warning that Mexico is sending rapists and drug dealers into the country. He vows to ban refugees and send them back to where they came from. He’s going to build a wall, he’s going to get all the jobs back from the countries that stole them, and he’s going to stop every potentially dangerous Muslim (which, by his own words, means all Muslims) from emigrating to the U.S.

Interspersed through all this fearmongering have been blithe assurances from Trump that he’s not against immigration per se but rather that he just wants the good immigrants and not the bad ones. What he said in Albuquerque, however, was meant to prey on fears that any and all immigration can change America only for the worse. He’s speaking to the not insignificant segment of the electorate that is people who believe that immigration ultimately hurts American society.

Raising the specter of hundreds of millions of immigrants literally flooding into the country is an especially guileless way of saying that the United States will be stolen from white people. That’s been the nut of the Trump message since Day One, and with the campaign trudging through its final days, he’s using some insane hyperbole to make that message even more explicit.