BULLSH**TER OF THE DAY: Matthew Dowd, for elevating the false equivalence to an art form 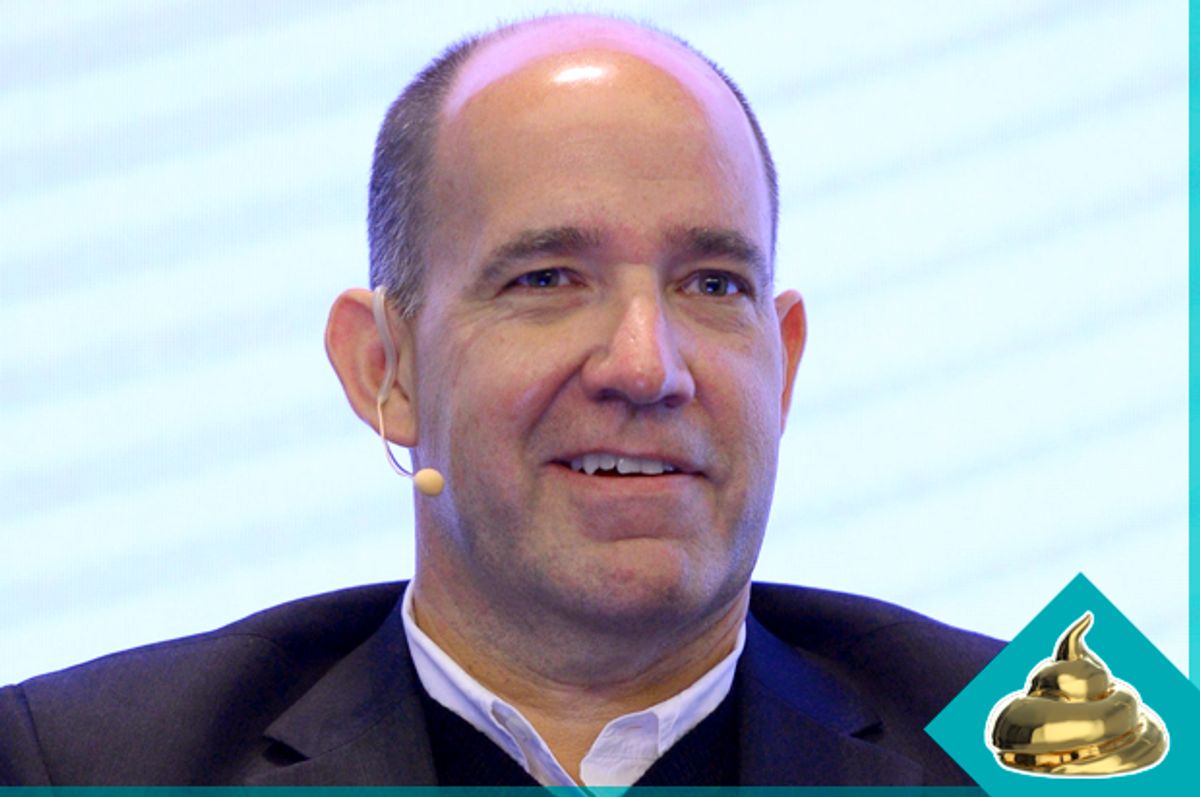 "Either you care both about Trump being sexual predator & Clinton emails, or u care about neither. But don't talk about one without the other."

Either you care both about Trump being sexual predator & Clinton emails, or u care about neither. But don't talk about one without the other

Political analyst at ABC and strategy consultant for the Bush-Cheney 2004 campaign, Matthew Dowd.

This election has shaken up the media so much that journalists have finally lost their minds. That's especially true for a particular branch of pundits who think that each of Trump's atrocities needs to be equated to something Hillary (or her husband for that matter) has done. Because it's only fair, right?

Um, not really. Dowd is basically saying that sexual assault is the same crime as using a private email server (which, by the way, as far as we know now is still not a crime according to the FBI). SAME THING, right? Mr. Dowd, we get it, you are "a proud independent," but this is not bipartisanship, this is bullshit.

Dowd is not currently a top-shelf bullshitter along the lines of a Rudy Giuliani or a Kellyanne Conway, but we'll see what the future holds for this fresh upstart!