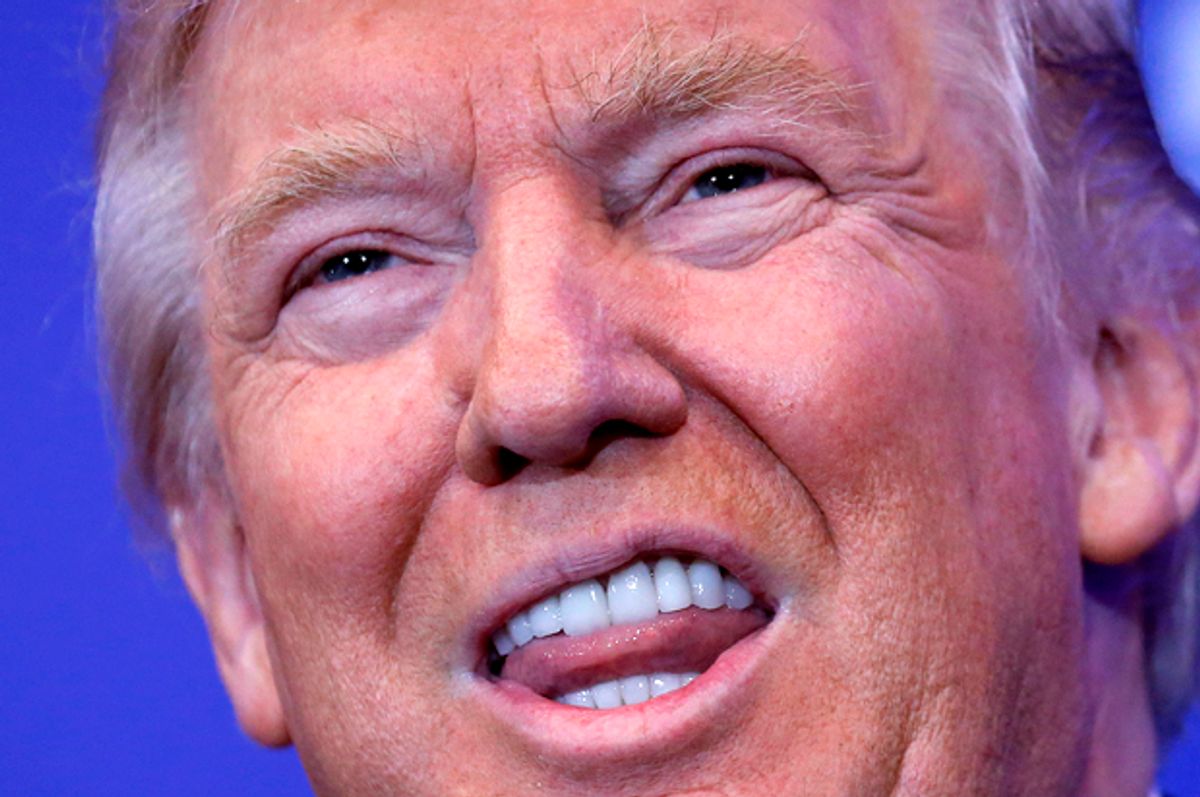 A federal judge has ordered the Republican National Committee to reveal any plans it has to coordinate poll-watching schemes after Republican presidential nominee Donald Trump encouraged his supporters to be on the lookout for voter fraud in heavily Democratic areas.

The Democratic National Committee asked a federal judge in New Jersey last week to block the RNC from supporting efforts that would discourage minorities from voting based on Trump’s baseless claims that the presidential election is “rigged.”

On the campaign trail, while speaking in Democratic-leaning locations like Philadelphia, Trump has called for his supporters to “watch the polling booths.”

According to the DNC’s suit, Republicans are supporting Trump’s recruitment of so-called watchers at polling places, violating a 34-year-old court order that bars the RNC from using “voter fraud” as an excuse to suppress votes. Ironically, the RNC is only a year away from being freed of a 1982 consent decree that requires judicial oversight over its poll-watching activities.

That followed a 1981 voter suppression campaign in New Jersey lead by Roger Stone — longtime adviser to the Trump campaign.

Federal lawsuits filed in four states Monday by Democratic officials also allege that Stone’s pro-Trump voter intimidation group Stop the Steal/Vote Protectors — which is recruiting right-wing volunteers to conduct unscientific “exit polls” outside swing-state precincts — could violate both the Voting Rights Act of 1965, which outlawed discriminatory voting practices in the South; and the Ku Klux Klan Act of 1871, which outlawed intimidation against African American voters. In August Trump running mate Mike Pence told a supporter who was concerned about a "rigged" election at a Colorado town hall that, "the Trump Campaign and the Republican National Committee are working very, very closely with state governments and secretaries of state all over the country to ensure ballot integrity."

Trump campaign manager Kellyanne Conway reportedly told The Washington Post last month that the Trump campaign is "actively working with the national committee, the official party, and campaign lawyers to monitor precincts around the country.”

While U.S. District Judge John Michael Vazquez denied the DNC’s request for the RNC's communications directly relating to Conway's statement that the Trump campaign is “actively working with the national committee, the official party, and campaign lawyers to monitor precincts around the country,” he did order Republicans to turn over to Democratic leaders any evidence of written or verbal agreements with Trump’s presidential campaign regarding "voter fraud, ballot security, ballot integrity, poll watching, or poll monitoring.”

The 1982 consent decree that Democrats allege the RNC has run afoul of does not apply to the Trump campaign. The RNC has until 5 p.m. on Tuesday to respond to the order for discovery.