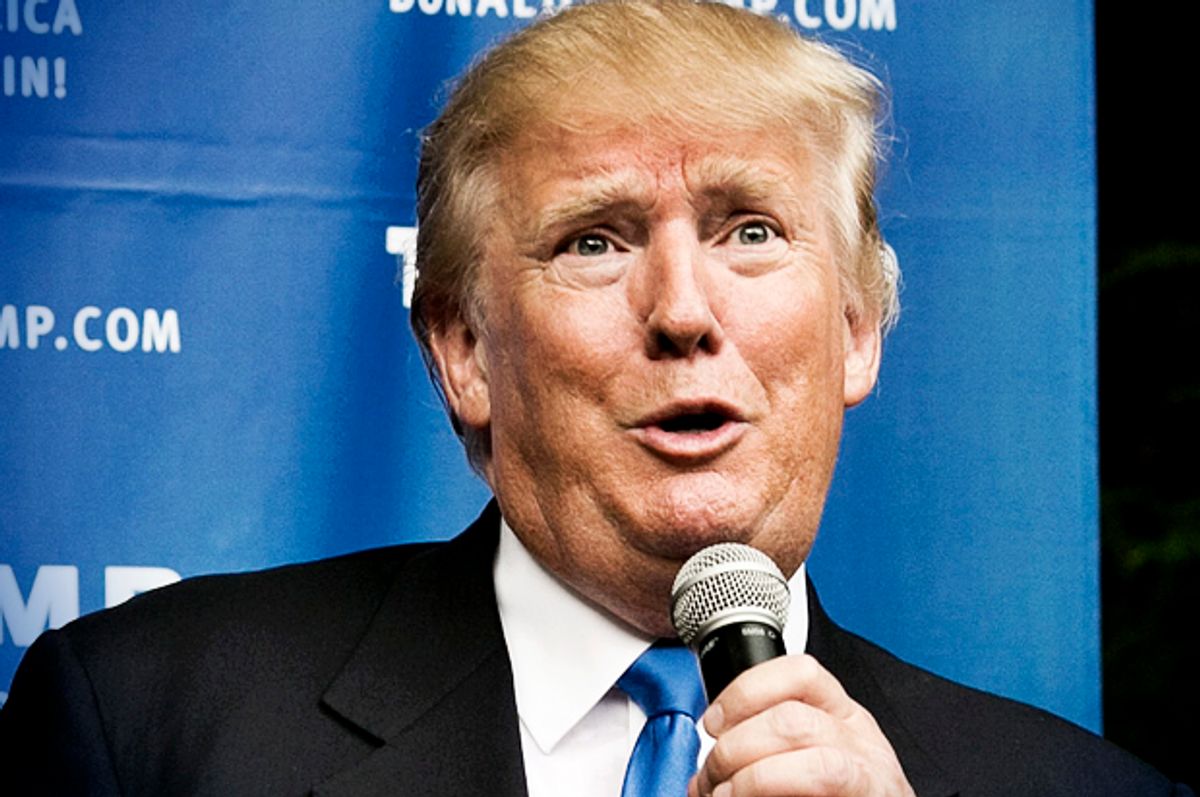 In the dojo of frivolous litigation, Donald Trump is to men's rights activist Steve Frye what a sensei is to a janitor.

In 2013, for instance, he filed an unsuccessful lawsuit against Cha Cha's Latin Kitchen, from which he demanded $4,000 in compensation after twice visiting the restaurant and twice being denied the "Señorita Thursday" $5 drinks-and-apps menu. Lawyers for Cha Cha's eventually proved Frye was offered the deal but denied it, and a jury ruled in the defendant's favor in 2014.

According to The Los Angeles Times, "A judge agreed and threw out Frye’s case before it reached trial, writing that the promotion didn't 'perpetuate any kind of stereotype, but rather supported public awareness of breast cancer."

Below, find a historical reenactment: