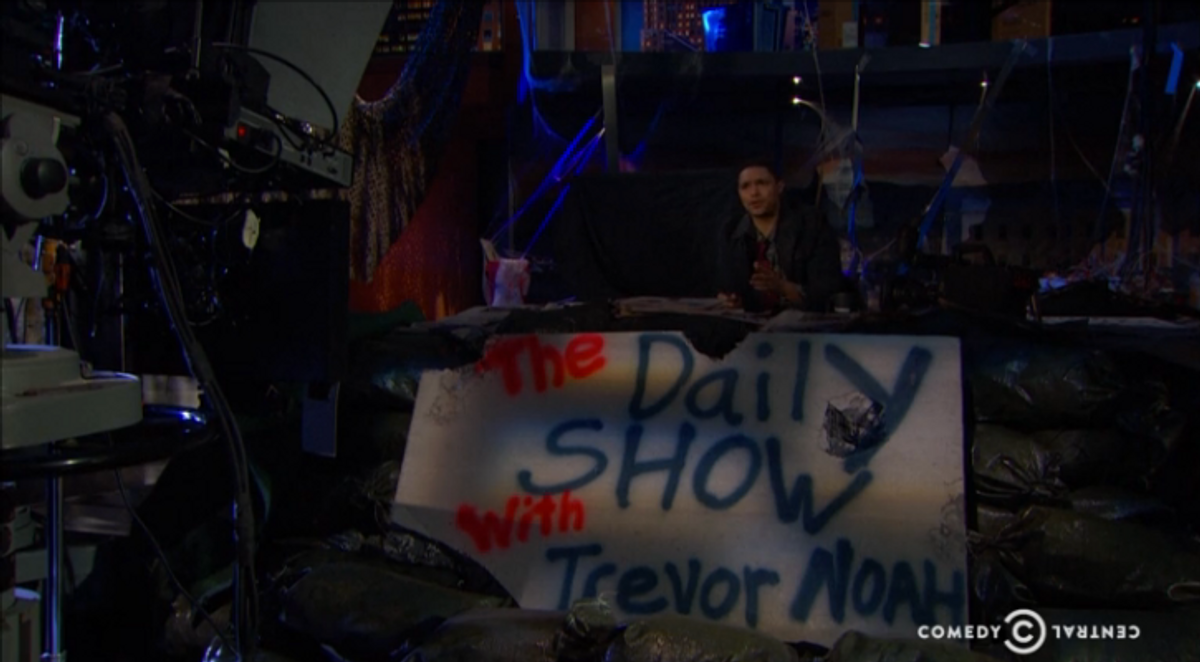 While many were eating Halloween treats Monday night, Trevor Noah and "The Daily Show" played a terrifying trick.

Noah's segment envisioned the show four years into the future, in the middle of a Donald Trump regime.

"Now, with only a few days to the election, President Trump is confident he can secure a second term," the screen read.

"People, we cannot let Donald Trump become president again. In fact, I don't understand how we let that happen the first time. Things were looking so good for Hillary," Noah said, except for the Clinton Foundation, the paid Wall Street speeches, Bill's infidelities, and those "fucking emails."

According to Noah, Trump repealed and replaced Obamacare with a Trump-branded energy drink, all African-Americans lived in the inner city, and Trump sent Mexico an invoice for the wall (that was being built by Trump's white supremacist supporters).

Trump even erected a monument to Anthony Weiner, whose emails helped Trump win his first term. "One dick got another dick elected!" Noah shouted.[/caption]

But no one was laughing anymore.

"Man, I miss having an audience," said Noah from his broken studio. There was no laughter from the audience because there was no audience. In Trump's America, there would be no adversarial press.

In Noah's imagined Trump America, Hillary Clinton was imprisoned at Super Guantanamo with Mike Pence, the Obamas and Biden left the planet, and Ted Cruz was teaching kindergarteners in the "inner city."

The Trump regime arrested John Oliver on the set of "This Week Tonight" and deported the British host. CNN packed its bags, too, but Larry King was still an anchor on TNN.

"The dollar might be worthless, but it tastes so good," said Noah, chewing off a piece of the dollar bill.