BULLSH**TER OF THE DAY: Karl Rove, for weighing in on Hillary Clinton's appearance 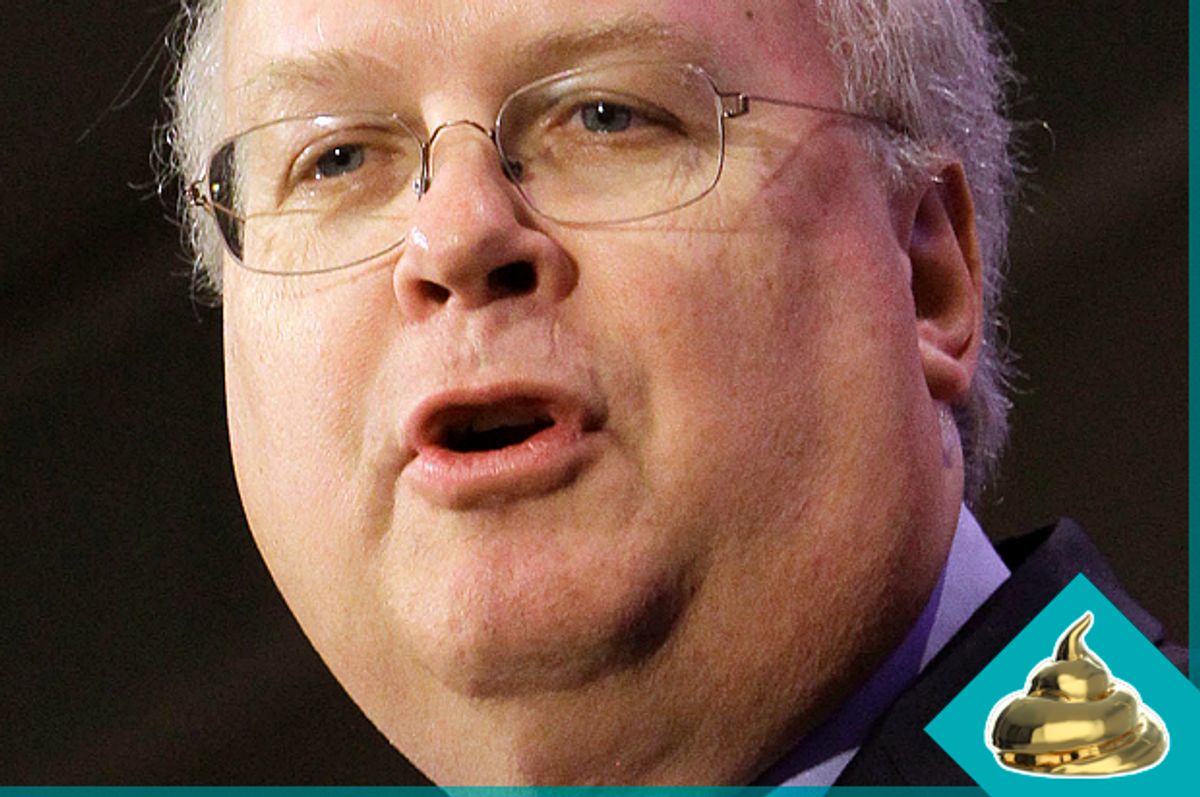 "And then finally, look, you just saw it. That video of her, that's her, and that is not an appealing, you know, uplifting, positive -- she looks angry. She looks upset. She comes across as hectoring. That's not a good picture to paint as you come down the final stretch."

Rove was arguing on Fox News that the presidential race was closing on its own and that James Comey's letter on Friday only accelerated that trend. And then he proceeded to give his misogynistic, tainted "analysis."

One might imagine that this long nightmare of a presidential race has taught us ONE THING by now: it is extremely sexist to tell a woman to smile (or to look "appealing" or "uplifting"). Not so for Rove and the troupe at Fox News, of course, with their characteristic mania for undermining women–and pretty much all minorities, for that matter. Not to mention that "angry," "upset" or "hectoring" are probably the best way to describe Donald Trump. This is some sexist bullshit, Karl.

If there were a Golden Turd Award for lifetime achievement, we would give it to Rove. But just taking into account his baseless attacks on Hillary, perhaps his smelliest heap was the time in 2014 he speculated she had a "traumatic brain injury."