The Right Stuff trolls Politico, promises herds of alt-right voter suppressors in "the ghettos in Philly with 40s and weed" 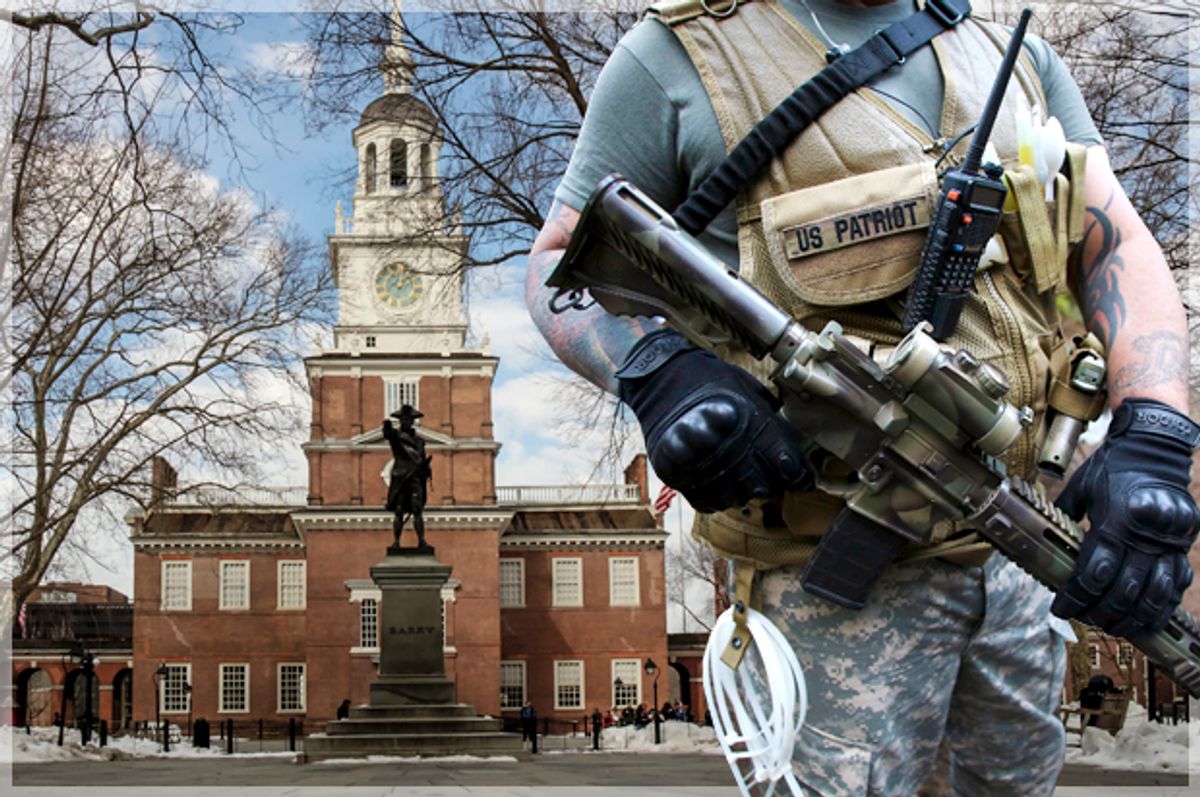 Politico on Wednesday published a story about the various ways white nationalists are planning to suppress minority voters on Election Day in order to elect Donald Trump.

"Energized by Trump’s candidacy and alarmed by his warnings of a 'rigged election,'" Politico warned, "white nationalist, alt-right and militia movement groups are planning to come out in full force on Tuesday."

This alleged brigade was to be led by Andrew Anglin, the neo-Nazi founder of white nationalist blog Daily Stormer. Anglin told Politico he's joining forces with alt-right website The Right Stuff to send "an army of alt-right nationalists to watch the polls" on Election Day.

Among his alt-right bona fides, Anglin waged a "Holy Crusade" against the partly-Jewish Milo Yiannopoulos for "taking our brand" and accused "nasty gorilla" Michelle Obama of slandering the Republican presidential nominee for simple "locker-room talk."

A representative of The Right Stuff corroborated Anglin's poll-watching claims, further promising "stationary cameras hidden at polling locations in Philadelphia, to monitor anyone that comes in to vote and make sure that the same people are not voting at multiple locations." The representative added: "If we see people voting in multiple locations the footage will be submitted to the [Federal Election Commission] as well as put out on social media to undermine the legitimacy of Clinton should she steal the election."

Politico said it couldn't "independently verify his claims," but it's pretty clear that the website that offers its readers "Tips for Trolls" has claimed another victim.

Many polling locations are in schools, and black schools are so disorderly that pretty much any official-looking white person with a clipboard can gain access to them ahead of time and set up a hidden camera. You don't really ever even have to speak with an adult. Simply walk in like you belong there and no one even asks you why you are there. So we usually go in teams of two, one person driving and one person dressed as a blue collar worker with a clipboard, and we set up a hidden camera in the school cafeteria. Go during lunchtime and the teachers are all so busy trying to contain the kids that no one says anything. We already have a few set up.

"We also have some teams going in to the ghettos in Philly with 40s and weed to give out to the local residents, which we think will lead to more of them staying home," the troll added, claiming to have done the same in Detroit to help Sen. Bernie Sanders clinch the Democratic primary in Michigan.

Yeah, it's likely not going to happen. But don't take it from us.