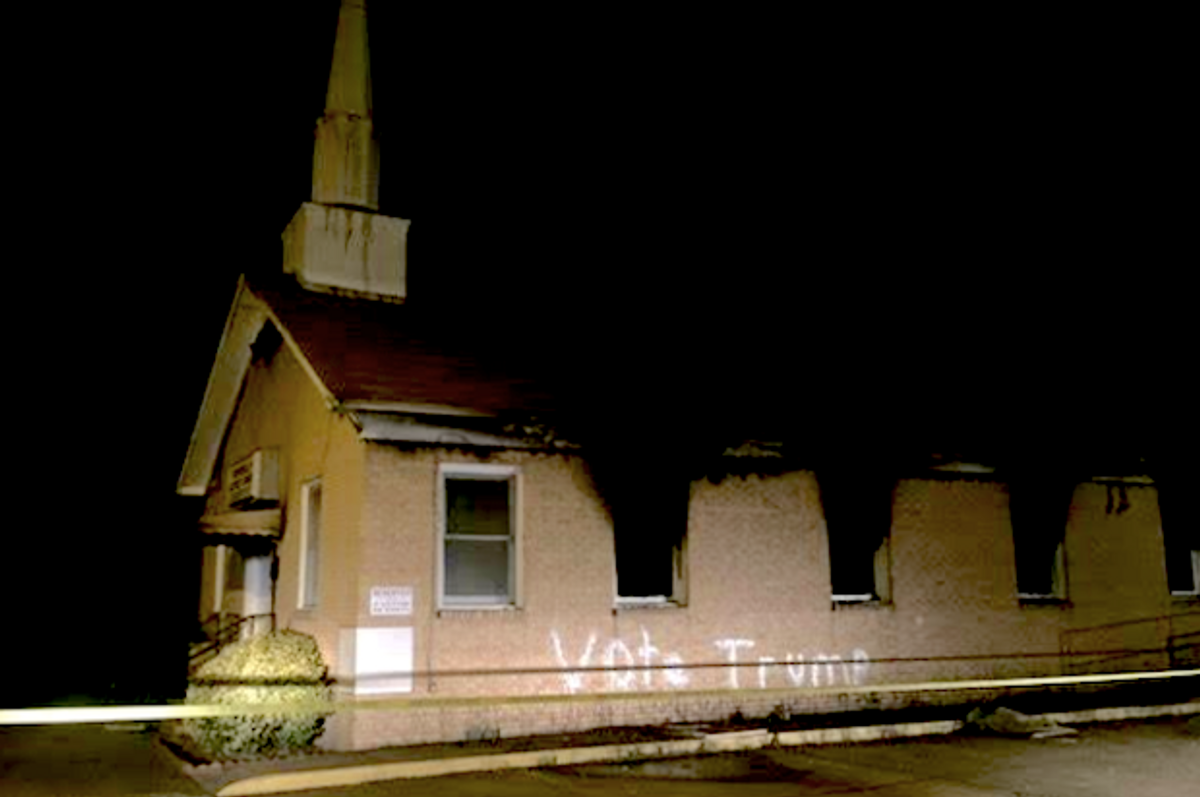 A 111-year-old historically black church in the Mississippi Delta was set ablaze Tuesday night in what local police describe as a hate crime designed to suppress African-American turnout in next week's election.

"Vote Trump" was spray-painted along the side of Hopewell Missionary Baptist Church in Greenville. The west Mississippi city of about 33,000 located near the Arkansas border is 78 percent African-American, according to the most recent census.

According to Mississippi's Clarion Ledger, the FBI has been notified of the burning of the historically black church, which is also being investigated by the State Fire Marshal's office, the Mississippi Bureau of Investigation and local authorities.

“It is being investigated as a hate crime,” Mayor Errick Simmons, the first black man to be elected mayor of Greenville, said Wednesday, calling the incident a “hateful and cowardly act.”

No one was inside the church when it was set on fire around 9pm Tuesday and no one was injured.

Greenville Police Chief Delando Wilson said they were "possibly talking to a person of interest," but no suspect has yet been identified.

While six Southern churches were damaged or destroyed in 2015, Hopewell's pastor Carolyn Hudson said their 200-member church had not received any recent threats.

“We know what the black church means to the black community and the symbolism of the black church,” Simmons told The Washington Post. “This is the place [where] people freely assembled to pray and strategize on how to get civil liberties and rights that were denied to them.”

“This is a direct assault on people’s right to freely worship,” the small town's mayor said at a press conference Wednesday.“This kind of attack happened in the 1950s, and 1960s, but it shouldn’t happen in 2016":

Greenville police will be placing additional patrols around all places of worship in the days leading up to the election, Simmons announced.

“I see the attack as a strategy to put folks in fear,” said Simmons. “But we’re resilient people in Greenville.”

A GoFundMe page has been set up to collect money to repair the church. As of Wednesday afternoon, it had garnered more than 1,500 donations.