Why is Hillary Clinton so hated?

She was popular, and now she's the subject of extreme vitriol. What happened? 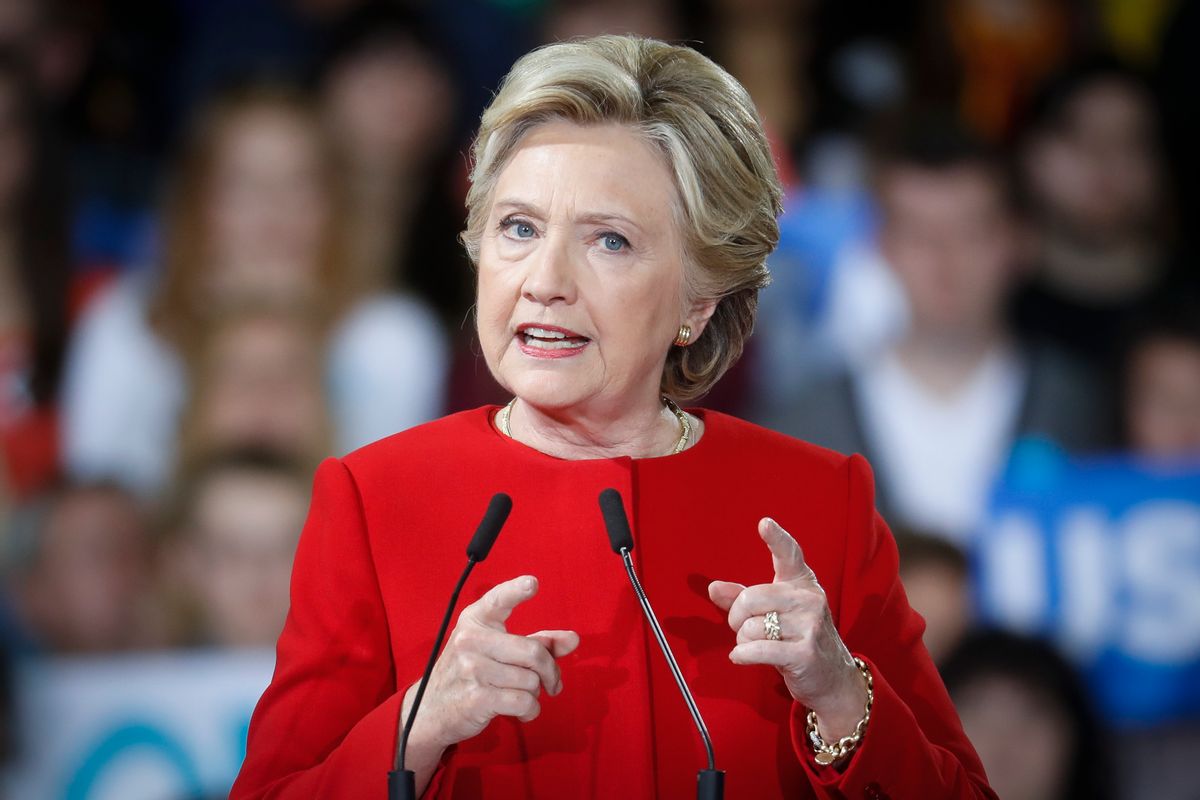 While making a case that harsh mainstream media have slimed Hillary Clinton and damaged her reputation — a case with which I largely agree — my colleague Neal Gabler attributes to me the belief that “Clinton’s popularity is a casualty of misogyny.” I’m grateful to him for affording me the opportunity to expand upon the kind of misogyny I mean. And I’m grateful to FBI director James Comey and several Republican members of Congress for bolstering my case with several pointed illustrations of that misogyny.

In the piece I wrote on this subject three weeks ago, I did argue that misogyny “has to be a big hunk” of the explanation for the venomous hatred directed at her — the “Hang the Bitch” mentality.

It cannot be denied, as Gabler points out, that Hillary Rodham Clinton has always been a woman — even as her popularity has fluctuated and, much of the time, gone high. He is right to point out that Hillary Clinton’s ratings “were very high when she was secretary of state,” rising to 60 percent. Of course, that’s not so unusual for secretaries of state. Madeleine Albright and Condoleezza Rice did just as well. Clinton did rank higher than John Kerry after he replaced her, but for that matter, Colin Powell’s ratings were considerably higher — 83 percent and above.

For Clinton, as Gabler points out, was a woman in March 2015, when Gallup found 50 percent of the country viewing her favorably and only 39 percent unfavorably, as she remained a woman in July 2015, when her favorables descended below her unfavorables, there to remain through September 2016. How to explain the precipitous decline in her reputation? Gabler makes a strong case that the explanation is media obsession with her notorious emails:

[T]he fixation on emails, which had long been an addiction among Republicans and the right-wing media, suddenly became an addiction in the mainstream media as well. According to a Lexis-Nexis search, The New York Times, to cite one example, had seven stories that month with “Clinton” and “emails” in the headline. More important, most news sources reported erroneously that Clinton was the subject of a criminal investigation by the FBI.

And consider too the flood of abuse directed by the Republicans at Hillary Clinton over the Benghazi deaths of Ambassador Chris Stevens and three colleagues in 2012. Raked over the coals by Republican inquisitors in Congress who could never make a case that she had acted wrongly in Libya — and who, for that matter, never acknowledged that they had cut security funds for American embassies — Clinton had to face long-drawn-out accusations of vastly greater malfeasance than when the 1983 bombing of the American Marine barracks in Beirut resulted in the killing of 241 American servicemen and women. After that massacre, conducted on Ronald Reagan’s watch, a single Democratic House subcommittee conducted a six-week-long investigation. After the killings of the four Americans in Benghazi, the Republican-led House conducted seven investigations, one of which lasted three years; the Republican-led Senate conducted another one.

A Democrat running for president is going to be smeared by the Republicans. This goes without saying. But a Democratic woman running for president gets extra layers of smear, though the smear required new material to work with. Clinton could still be viewed favorably when she ran for the presidential nomination in 2007-08 — consistent, overall, with how she was viewed during the more than two decades between 1992 and 2014. Benghazi and emails were not yet in the picture. Now, should Clinton get to the White House, Rep. Jason Chaffetz (R-UT) will be ready: He’s sharpening his pencils and knives, planning “years” of hearings on Clinton depredations.

Meanwhile Sen. Ted Cruz (R-TX) is vowing to block any Clinton nominee to the Supreme Court (perhaps hoping that a Republican appointee will be the last standing?) and at the FBI, Comey cryptically announced the reopening of the agency’s investigation into — yes, Clinton’s emails — just in time to revive Republican hopes and send the stock market into a swoon over the prospect of a President Trump. Keep in mind that Justice Department guidelines caution against such election-eve releases. “Law enforcement officers and prosecutors may never select the timing of investigative steps or criminal charges for the purpose of affecting any election,” the attorney general cautioned in a 2012 memo.

So much for the traditional political niceties. I suppose it’s remotely possible that a male potential president would be treated this way — but none has been. Ever.

This is where Gabler’s j’accuse is most apropos. Thrown off balance by their genuflections before the phony god of false equivalency, journalists had to strain to prove that they were not in the Clinton tank. Drowning themselves and their audiences in trivialities, it became a point of weird professional pride to batter away at this woman who, when she wasn’t too wonkish, was laughing too hard; if she wasn’t smiling too much, she was smiling too little — one way or the other always refusing to know her place.

Understandably transfixed by the spectacle of the vicious, bigoted demagogue sniffing around 1600 Pennsylvania Avenue, journalists missed another story: the reaction to the immense, unprecedented and culture-disrupting fact that a woman is poised to become president of the United States.

A woman! Imagine! A woman stands at the threshold of the men’s room!! And the protectors of that room are throwing up every bit of available debris to derail her.

And that, ladies and gentlemen, is the kind of misogyny I mean. The kind the mainstream media is too blind or too timorous to call out.