A Virginia school principal dressed as Trump, secretary was prison Hillary, and of course it's Robert E. Lee High 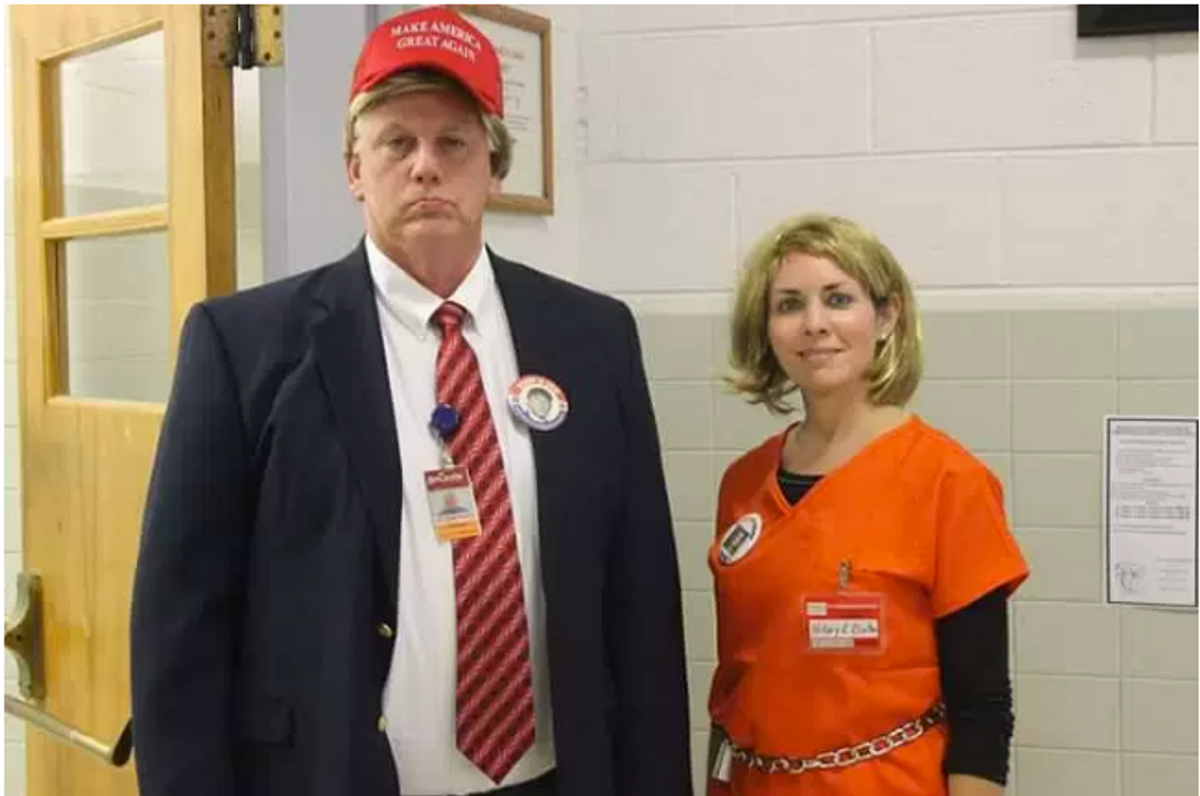 Partisan tensions are running high in the battleground state of Virginia, and two high school administrators from Staunton struck a political chord on Monday by masquerading as the presidential nominees from the two major parties.

Superintendent Linda Riviea released a statement in response to a photo of the pair that appeared on the high school's website, calling it "poor judgment." Riviea also said she was aware of the "extraordinarily strong sentiments for the 2016 presidential candidates."

The controversial photo was removed from the Robert E. Lee High School website on Wednesday.

According to a Tuesday Washington Post poll, Clinton is leading Trump in Virginia by a margin of 6 points. In mid-October Trump stopped campaigning in Virginia and pretty much handed the state to Clinton. (Sen. Tim Kaine of Virginia is Clinton's running mate on the Democratic ticket.) “I don’t care who you are or are not voting for," parent Emberly Lynn Martin commented under the photo that was shared on Facebook. "You are professionals, who work with children. Some more impressionable then others. The fact that any school official would think it’s okay to dress like this leaves me appalled and floored.”

The comment, according to WTVR, continued, “What message are you sending to any of them when their high school principal dresses up like a man who wants to deport them, says things like 'she’s a nasty woman,' or 'grab em by the pussy?'”

Concern arose from the notion that the high school administrators were influencing the "impressionable" students and that some of them will be able to vote in the upcoming presidential election next Tuesday.

Rowicki was dressed as the nominee who has been accused by more than a dozen women of sexual assault. Corbett represented a deranged conservative fantasy — a sign of the failing political discourse in this country.

"We are handling the situation as a personnel matter and addressing the issue with relevant staff," Riviea's statement concluded.