A moment of celebration from the Democratic nominee 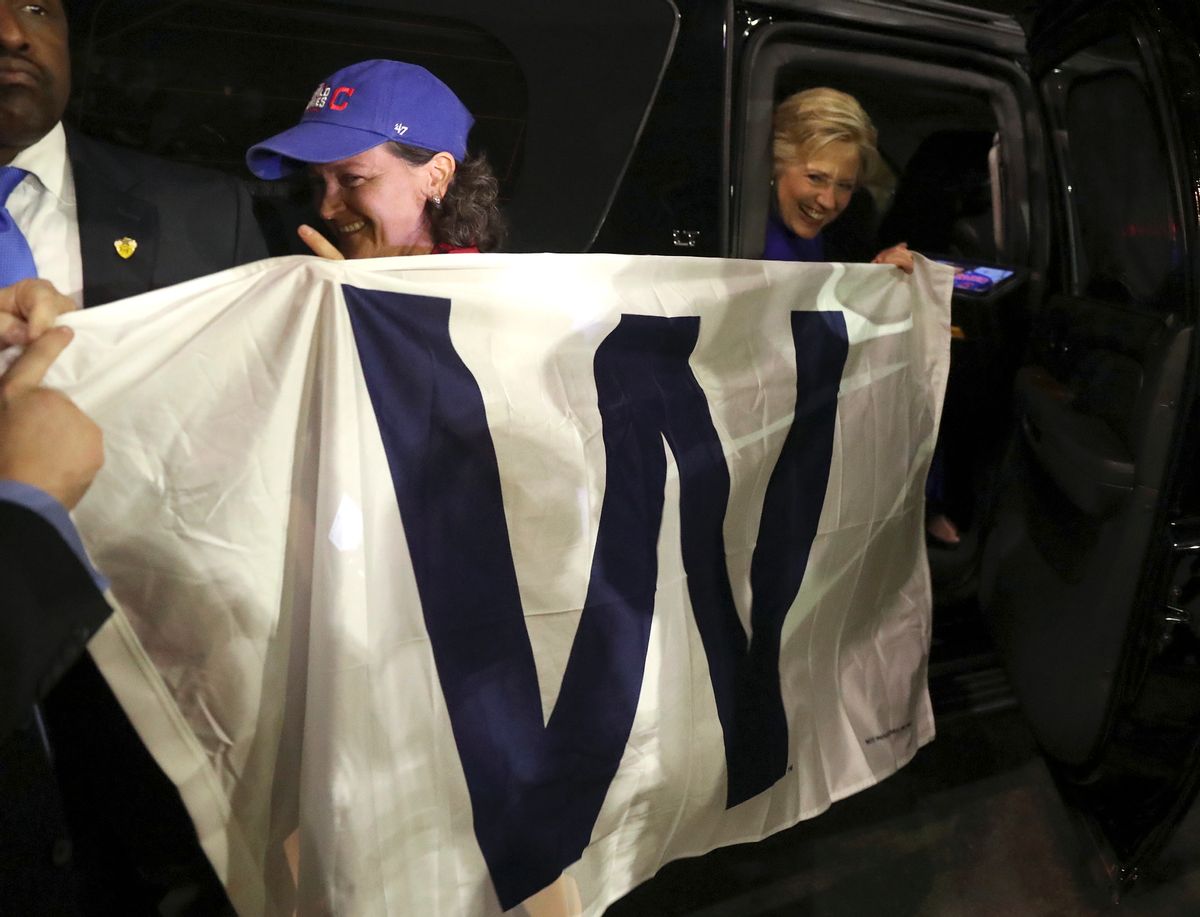 TEMPE, Ariz. — Hillary Clinton cheered her hometown Chicago Cubs on to victory in the World Series.

With the game going to extra innings, Clinton was able to catch the final moments after finishing a presidential campaign rally in Arizona. She watched on an aide's iPad as she stood by her idling motorcade. As she signs autographs, Democratic presidential candidate Hillary Clinton watches the World Series baseball game between the Chicago Cubs and the Cleveland Indians after her final campaign rally of the day at Arizona State University in Tempe, Ariz., Wednesday, Nov. 2, 2016. (AP Photo/Andrew Harnik)[/caption]

Reporters in vans further back in the motorcade could hear cheers from the direction of Clinton's vehicle after the final out. An aide said Clinton staffer and Cubs fan Connolly Keigher pulled one of the Cubs' signature "W'' flags from her purse and she and Clinton held it up in celebration. Clinton grew up in the suburbs of Chicago. The Cubs beat the Cleveland 8-7 in 10 innings to win their first World Championship since 1908. Democratic presidential candidate Hillary Clinton looks out of her vehicle as the Chicago Cubs win the World Series baseball Game 7 against the Cleveland Indians after her final campaign rally of the day at Arizona State University in Tempe, Ariz., Wednesday, Nov. 2, 2016. (AP Photo/Andrew Harnik)[/caption]