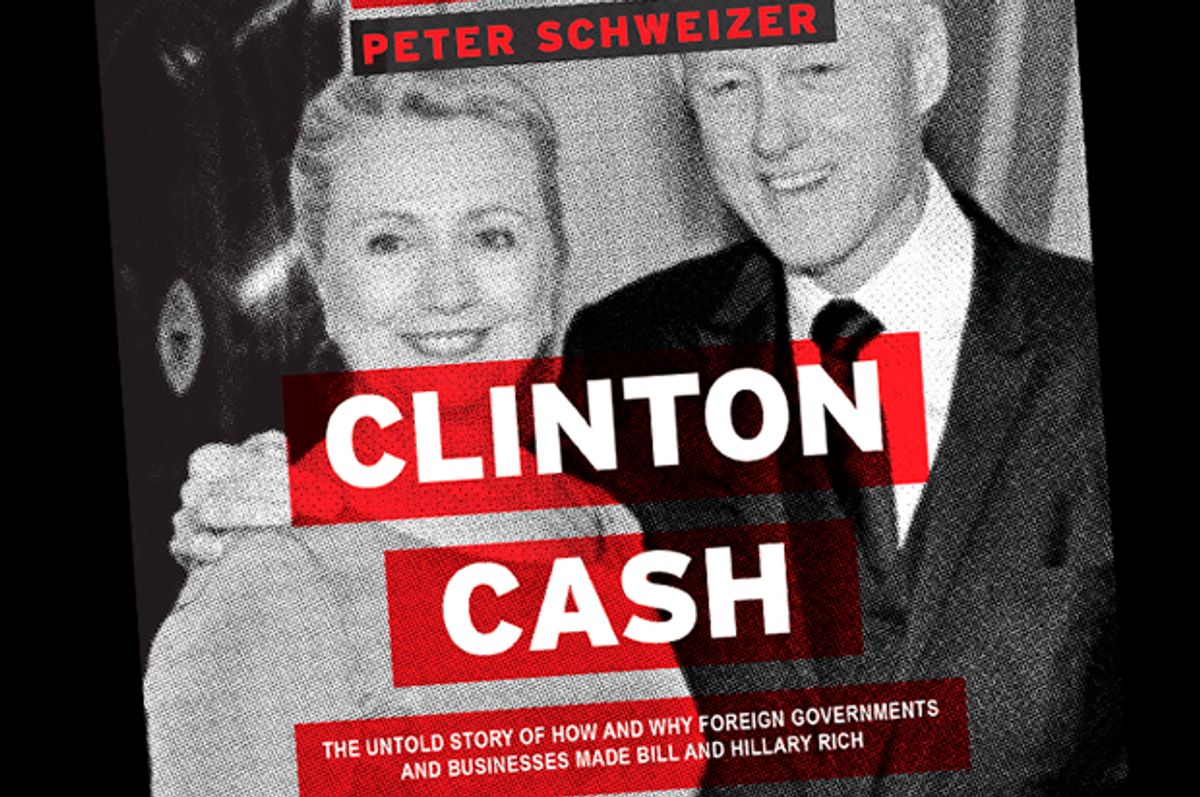 The Federal Bureau of Investigation has gone full Breitbart.

OK, not really. But this nugget from a New York Times story on how the bureau kept two investigations under wraps this summer so as not to appear to be meddling in the presidential campaign could lead you to wonder.

In August . . . the F.B.I. grappled with whether to issue subpoenas in the Clinton Foundation case, which . . . was in its preliminary stages. The investigation, based in New York, had not developed much evidence and was based mostly on information that had surfaced in news stories and the book “Clinton Cash,” according to several law enforcement officials briefed on the case.

Oh, neat, “Clinton Cash,” the partisan hit job published last year by Breitbart's editor-at-large, Peter Schweizer, and later adapted into a documentary that was executive produced by former Breitbart chairman and current Trump campaign CEO Stephen Bannon. Next the FBI will tell us that Roger Stone was the special agent in charge of the investigation.

If you have forgotten about “Clinton Cash,” Digby laid out a nice case against it and Schweizer. The short version is that the book was one in a long, long line of thinly sourced tales about the Clintons that have made millions of dollars for various right-wing writers and publishing houses since the early 1990s. For that matter, these tales sold a lot of copies of the Times as well, when it went all in chasing Whitewater stories early in Bill Clinton’s presidency.

“Clinton Cash,” published just as Hillary Clinton was announcing her own campaign for the presidency, is an obvious effort to cash in early to what will likely be four to eight years’ worth of salacious and worthless investigations of her upcoming administration. It immediately ran into the same problem that dozens of anti-Clinton books have encountered over the years: It contained more bullshit than a waste pond on a cattle ranch. The publisher had to make revisions to the book’s later editions. Schweizer was forced to admit in both interviews and in the conclusion of his book that he had not quite made the case he was trying to present.

Senior FBI and Justice Department officials came to the same conclusion, much to the apparent dissatisfaction of some agents, as the Times reported:

In meetings, the Justice Department and senior F.B.I. officials agreed that making the Clinton Foundation investigation public could influence the presidential race and suggest they were favoring Mr. Trump. . . . They agreed to keep the case open but wait until after the election to determine their next steps. The move infuriated some agents, who thought that the F.B.I.’s leaders were reining them in because of politics.

Or possibly the agents were being reined in because they were being snookered by the right-wing noise machine. The right has been doing this for 25 years — trying to turn the nation’s criminal investigatory apparatus into an arm of the Republican Party for the sole purpose of destroying the Clintons.

And if it can’t get the GOP what it wants? Just this week Rep. Elijah Cummings, ranking Democrat on the House Oversight Committee, mentioned the pressure that Republicans on the committee have been putting on the FBI to turn up something — anything — on Hillary Clinton regarding her private email server and suggested the GOP is going to start investigating the bureau and its director, James Comey, over the agency’s failure.

This latest blowup is simply the newest chapter in better than two decades of Republicans co-opting the FBI and other investigative agencies in service of chasing whatever dark Clintonian shadows they can conjure from the fever swamps of right-wing media and websites. No charge is too spurious or absurd, which is how the nation wound up with the specter in the 1990s of a Republican congressman shooting cantaloupes in his backyard to “prove” that Vince Foster could not have committed suicide.

It is not new, of course, for right-wing demagogues to use the FBI to chase down false and inflammatory garbage. But even with its history, one of the ways the bureau maintains legitimacy as an institution is by giving the appearance of a nonpartisan actor. If its agents are so determined to base investigations on right-wing con jobs that their bosses do have to rein them in, then it will lose whatever moral authority it wants to claim.