When an adviser said "Bernie needs to be ground to a pulp," John Podesta replied "I agree," a WikiLeaks email shows 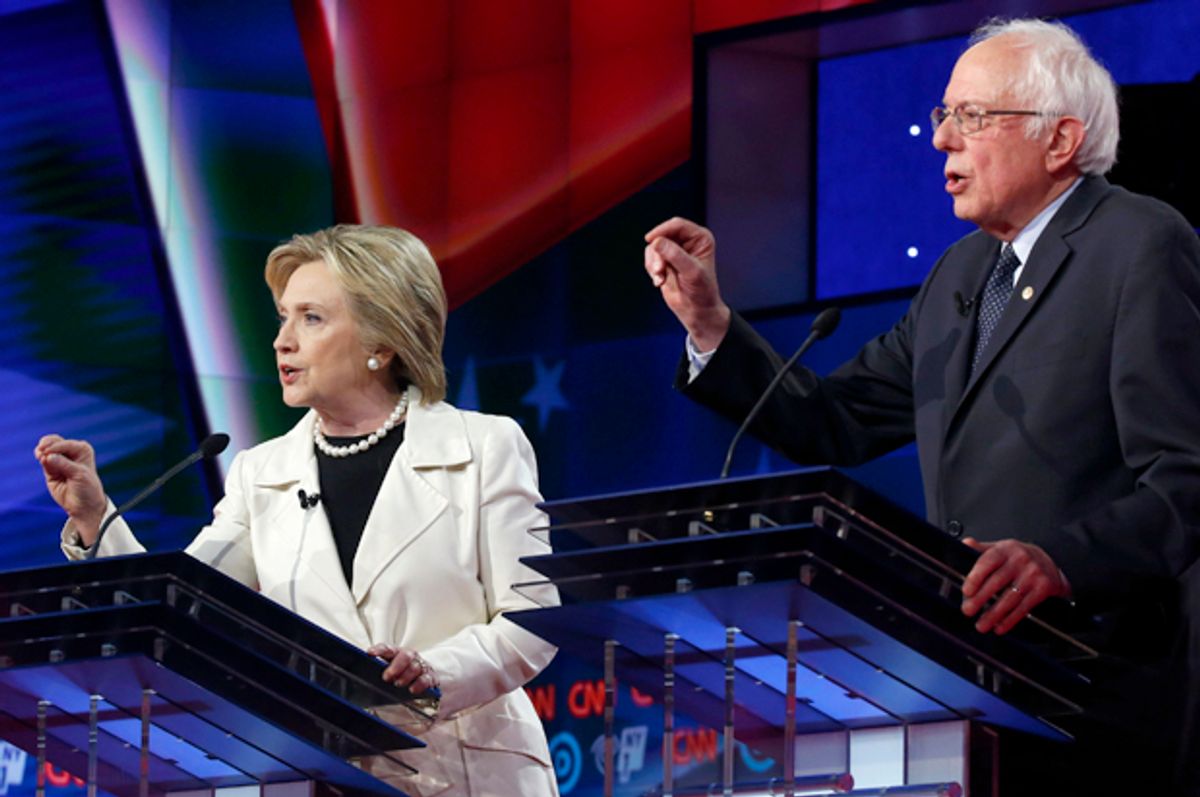 The chair of Hillary Clinton's presidential campaign, John Podesta, said he "agreed" that Sen. Bernie Sanders needed "to be ground to a pulp," according to a newly released email. Podesta asked an influential Democratic Party operative and lobbyist with ties to an array of powerful corporations where the campaign should "stick the knife in" Sanders, Clinton's rival in the Democratic primaries.

In February, longtime Clinton adviser and Democratic insider Joel Johnson had sent an email to Clinton campaign head John Podesta, emphasizing, “Bernie needs to be ground to a pulp. We can’t start believing our own primary bullshit. This is no time to run the general. Crush him as hard as you can.”

Just after Salon reported Johnson's message on Thursday morning, however, the whistleblowing organization WikiLeaks released another trove of emails to and from Podesta. In this new batch of messages appeared Podesta's response to Johnson's advice.

"I agree with that in principle," Podesta wrote in reply to Johnson's "no mercy" email.

"Where would you stick the knife in?" Podesta asked.

A close ally of the Clintons and Podesta, Johnson articulated four talking points that could be used to undermine Sanders' insurgent campaign.

Johnson proposed portraying Sanders as an "Obama betrayer," noting that the White House would help affirm the talking point. He also said Sanders should be depicted as a "hapless legislator," which other members of Congress would help affirm; a "false promiser," which "policy elites" would affirm; and as someone who is unable to win, which "black people will affirm."

Some of these talking points, particularly the "Obama betrayer" argument, were used by the Clinton campaign in the heated primary against Sanders.

In an April Democratic debate, Clinton mentioned President Barack Obama so many times, in an attempt to deflect Sanders' criticism, that the Vermont senator was compelled to quip, "I know you keep referring to Barack Obama all night here." Clinton claimed that criticism of her opposition to single-payer health care and her support from Wall Street and other corporate interests was "not just an attack on me; it's an attack on President Obama."

Johnson served as a senior adviser for policy and communications under former president Bill Clinton and was a key player in the communications team for John Kerry’s presidential campaign.

Today, Johnson is the managing director of Glover Park Group, a public relations and lobbying firm that was founded by former White House and Democratic Party officials and has represented companies such as Visa, Microsoft, Yahoo, Pfizer, Fannie Mae and Lyft.

The Clinton campaign has neither confirmed nor denied the authenticity or the emails, but the emails have contained information that could only have been known internally and therefore cannot be forgeries. The Clinton camp and Obama administration have blamed Russia for the hacks, although some experts have said that there are reasons to be skeptical of this.