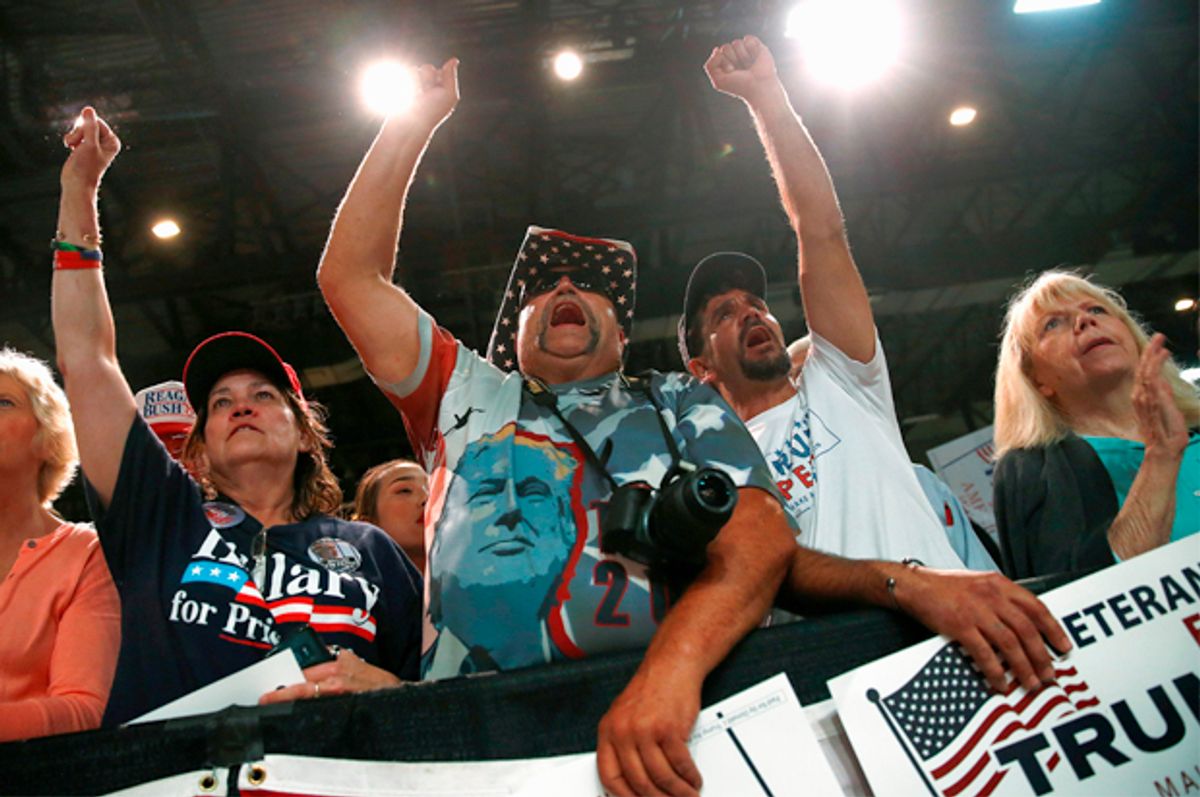 On Thursday, a judge smacked down the GOP’s last-minute attempt to allow poll-watchers to enter any polling place in the state.

Under current Pennsylvania law, any voter can be designated by a party or candidate as a poll watcher and can enter any polling place -- but only in his or her home county. Poll watchers can’t travel across the Commonwealth looking for voter fraud.

Still, Trump has suggested otherwise to his supporters.

Following Trump’s lead, the Pennsylvania Republican Party argued in federal court that the law regarding poll watchers is unconstitutional. The GOP’s lawsuit claimed there just aren't enough Republicans in Philadelphia County for the party to recruit and that because some electoral districts are not restricted to a single county, the law violates voters' free speech.

In what the Associated Press described as “a scathing rebuke,” Eastern District of Pennsylvania Judge Gerald J. Pappert said the state GOP's request was "unreasonably delayed." The state party filed for a temporary restraining order on Oct. 21, only 18 days before Election Day.

“There is good reason to avoid last-minute intervention in a state’s election process,” Pappert said. “Any intervention at this point risks practical concerns including disruption, confusion or other unforeseen deleterious effects":

Were the Court to enter the requested injunction, poll watchers would be allowed to roam the Commonwealth on election day for the first time in the Election Code's seventy-nine year history — giving the Commonwealth and county election officials all of five days' notice to prepare for the change.

This comes as Pennsylvania Sen. Bob Casey, a Democrat, has called on the Department of Justice to investigate reports of white nationalists working on Trump's behalf to intimidate voters at polling locations.“These plans to monitor the polls are little more than thinly veiled attempts to suppress and delegitimize the votes of predominantly minority citizens, inflected with innuendo that recalls dark times in our country’s civil rights struggle,” Casey wrote in a letter to Attorney General Loretta Lynch, Politico reported Thursday.“We have come too far to allow a group of white nationalists to intimidate minority voters in Philadelphia or anywhere throughout the nation,” he wrote.