Win or lose, Donald Trump has dismantled the "conservative movement" and revealed its racist, nationalist base 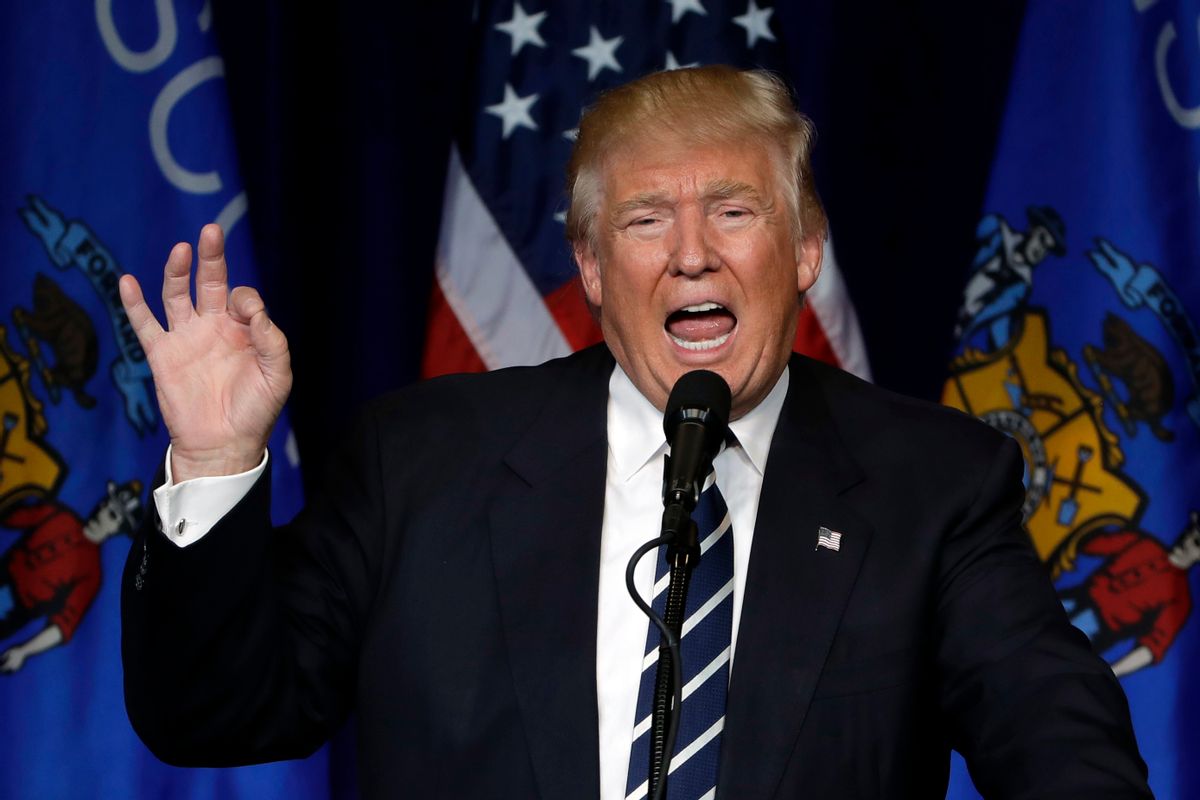 As the polls tighten in the last few days of the presidential election campaign, it's interesting to see the reluctant GOP establishment start scurrying back into Donald Trump's fold. Apparently, prominent Republicans are all making the bet that that the party's nominee will at least come close enough to make it necessary to back him, lest they be blamed for his failure.

The most famous of those who have re-endorsed Trump after walking away when he was cratering is Jason Chaffetz, the House Oversight Committee chair, who probably secretly hopes Democrat presidential nominee Hillary Clinton will win (so he can run his endless witch hunts in front of the cameras) but felt it was necessary to back Trump just in case. Chaffetz is also likely to throw his hat into the ring for speaker if there's a rebellion against Paul Ryan which is a real possibility.

Sen. Deb Fischer of Nebraska, Rep. Scott Garrett of New Jersey, Rep. Bradley Byrne of Alabama and Sen. John Thune of South Dakota have all come creeping back to Trump after initially dropping their endorsements in the wake of the "grab 'em by the pussy" tape. Even Trump skeptic and beloved Beltway conservative Hugh Hewitt has now decided to run with the pack.

It's been a tough time for Republican officials and elite conservative pundits, and that's understandable. They've just discovered that their voters have a different interpretation of conservatism than they thought they did. The elites define Reagan's famous "three-legged stool" of conservatism as "economic conservatism," "social conservatism" and "defense conservatism," which they would further describe as a belief in small government, family values and patriotism, all dressed up in fancy philosophical paeans to freedom, the founders and the Constitution.

Trump has shown that the base of the party also believes in those three pillars, but Republicans have stripped away the intellectual veneer that made them socially acceptable and laid bare that the three legs actually represent racism, sexism and nationalism. Economic conservatism is simply a way to stop the federal government from spending money on "the wrong people." Social conservatism is simply a way to keep women in their place. And defense conservatism is a chauvinistic belief that America is for Americans and foreigners had better watch their step.

Elites had always known that many Republican voters held these views, but they thought that over time these ugly impulses would gradually fade away and become more ideologically abstract. Infamous GOP strategist Lee Atwater explained how he expected this to evolve:

You start out in 1954 by saying, “N***er, n***er, ni***er.” By 1968 you can't say “ni***er” — that hurts you. Backfires. So you say stuff like forced busing, states' rights and all that stuff. You're getting so abstract now [that] you're talking about cutting taxes, and all these things you're talking about are totally economic things and a byproduct of them is [that] blacks get hurt worse than whites. And subconsciously maybe that is part of it. I'm not saying that. But I'm saying that if it is getting that abstract, and that coded, that we are doing away with the racial problem one way or the other.

The Republicans didn't do away with it. It just went underground. And all that coding and dog-whistling and abstraction was eventually seen as "political correctness" and their voters came to hate it.

A new Pew Research Center poll was released this week showing that whatever hope the GOP elders have that they can return to the previous status quo, where everyone pretends the party's base cares about tort reform and the capital gains tax, is not going to happen. The best they can say is that Republicans are deeply divided. Pew states the following:

About two-thirds (65%) of Republican and Republican-leaning voters think their party’s presidential candidate does represent the core principles and positions the Republican Party should stand for while 31% think Trump does not.

That divide manifests itself in many different ways, with the people who didn't vote for Trump in the primaries showing a stronger dislike for the Republican Party as a whole. Trump voters seem to like the party just fine now that Trump has defined what it stands for.

How this plays out after the election should be very interesting. Obviously if Trump wins, it will be a huge triumph and we'll likely see a quick consolidation under his leadership. But even if he loses, it won't be possible to put the genie back in the bottle, no matter how hard the "Never Trump" types try.

Trump had only a couple of deeply held political beliefs that he brought with him into the campaign. He's long believed foreign countries are laughing at America and he wants to make them stop. And he has always wanted to let police take the gloves off and enforce law and order. Everything else in his "platform," from birtherism to the border wall and from  torture to terrorism, he got from conservative media.

According to New York magazine's Gabriel Sherman, his earliest advisers going back to 2012 were the notorious trickster Roger Stone, who is steeped in wing-nut-ism, and right-wing lawyer Sam Nunberg:

“I listened to thousands of hours of talk radio, and he was getting reports from me,” Nunberg recalled. What those reports said was that the GOP base was frothing over a handful of issues including immigration, Obamacare, and Common Core. While Jeb Bush talked about crossing the border as an “act of love,” Trump was thinking about how high to build his wall.

Now Trump has Breitbart's Steve Bannon in his ear with the alt-right agenda, much of which sounds familiar as well.  These ideas have all been swirling around right-wing media for years, while the political establishment was holding seminars on "Atlas Shrugged" and fetishizing the budget deficit. Conservatism is Trumpism — and has been for a long time. So-called conservatives just weren't listening.