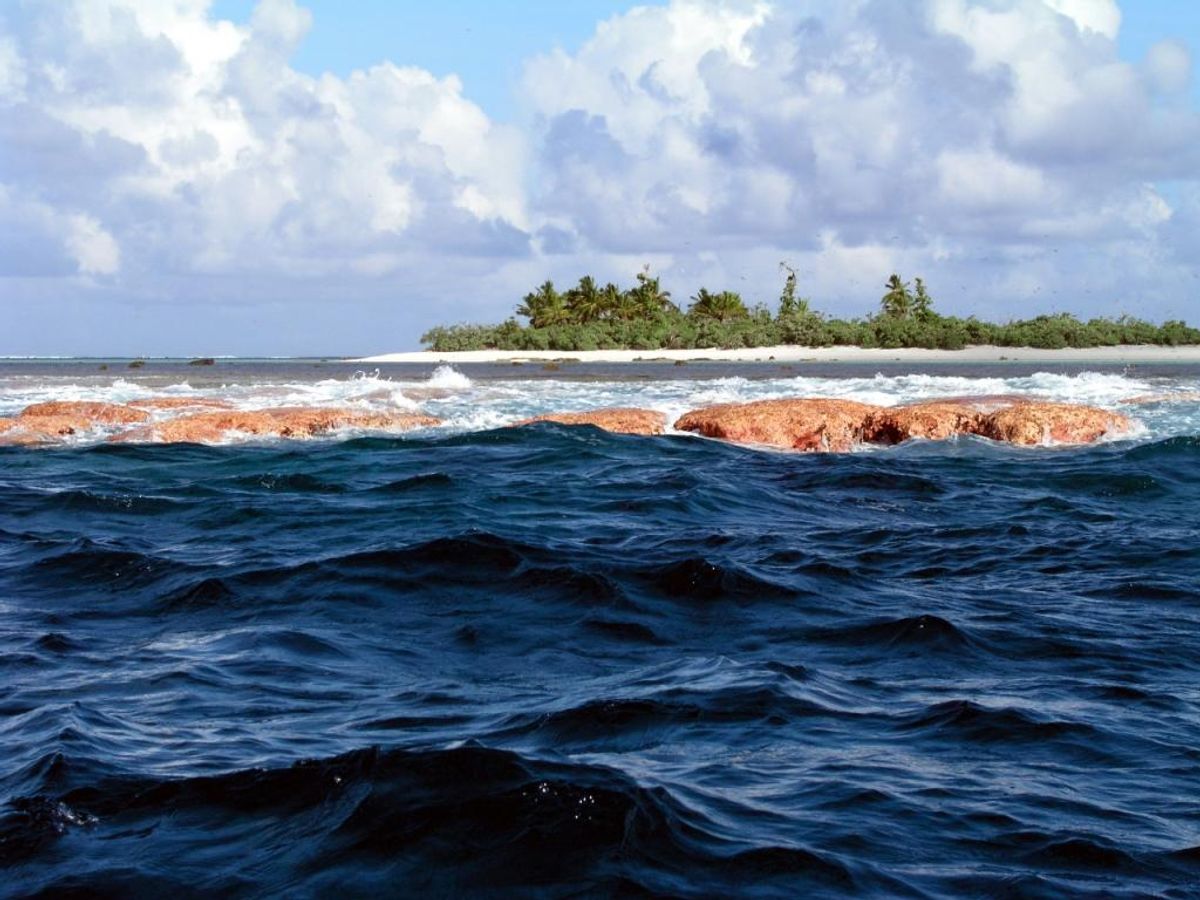 Global climate change produces many effects — warming air energizes the atmosphere and intensifies storms; warmer water expands and raises sea level; storage of more carbon dioxide in the oceans is acidifying large realms. Now it is becoming clear that another, profound result of human activities is underway: lower oxygen levels in our oceans.

The world’s oceans, coastal seas, estuaries, and many rivers and lakes are experiencing declines in dissolved oxygen. Long known as an issue associated with sewage discharges and fertilizer runoff, the problem now is exacerbated by climate change, often independent of nutrient loads, and is global in scale.

If left unchecked, this decline will result in losses of fisheries and biodiversity, poorer water quality, and knock-on effects ranging from falling tourism to reduced marine ecosystem services.

In 2015, scientists from around the world formed an IOC (Intergovernmental Oceanographic Commission)-UNESCO working group called the Global Ocean Oxygen Network or GO2NE, of which I am a member. Our goals are to raise awareness about this problem, called deoxygenation, and stimulate research and policy to understand and mitigate it.

The how and why of oxygen in water

The aquatic environment holds dissolved gases; oxygen is one of them. Add in aquatic plants, a CO2 source, nutrients and light, and the resulting photosynthesis creates biomass and oxygen. Add more nutrients, and more photosynthetic production occurs. Consumers of the plant matter also use oxygen in the process and recycle the nutrients and carbon from organic to inorganic forms. This simplified cycle describes most aquatic ecosystems.

Next, consider the nutrients running off from farmland and urban areas, and the CO2 emissions responsible for much of the global greenhouse effect. At local, regional and global scales, these inputs stimulate the growth of aquatic plants. An excess of nutrients – known as eutrophic conditions – can cause massive algal blooms. Once those algae die of off, they are decomposed by microbes that draw down the dissolved oxygen.

Now add in physics: Warmer water is less dense and holds less oxygen than cold water, and salt in seawater lowers its oxygen carrying capacity too. As the estuaries, coastal seas and oceans heat up, less oxygen is held, stratification (the separation of water into layers) intensifies, and deeper waters lose even more oxygen. This is the additional impact of global warming.

Water holding low levels of oxygen – less than two milligrams of oxygen per liter – is called hypoxic, borrowing the term from medicine where tissues are not oxygenated adequately. This level is generally deleterious for much aquatic life such as fish and shellfish. Water completely devoid of oxygen is called anoxic. Few higher organisms can make a living under these conditions.

From the waters off the Oregon coast, to the upwelling zones off Peru, to the Baltic and Black seas, Bay of Bengal, South China Sea and Gulf of Mexico, to name but a few regions, so-called dead zones are on the increase. Large areas of the deep ocean are also experiencing low oxygen due primarily to warming. Those with very low oxygen are called oxygen minimum zones, or OMZs.

Worldwide, the ocean volume in a state of hypoxia, in which dissolved oxygen is at about 1.6 mg/liter, is 60.4 million cubic kilometers. Put another way, it would take close to 58 billion Empire State Buildings to contain that volume of water (or over 250 billion Wal-Mart Supercenters!) in a low-oxygen state.

Scientists have used climate change models to examine future scenarios of ocean conditions, including temperature, pH, oxygen and biological production. Despite very different assumptions in the models and different scenarios, from “business as usual” to very strong mitigation of CO2 emissions, the models project that oxygen levels will decline from 1.8 percent to 3.45 percent over the next century due to climate change.

The effects of deoxygenation, which depend on complex sets of interactions in the ocean, will not be evenly spread: the north Atlantic, north Pacific, and Antarctic waters will be particularly affected.

Research has documented these changes in other regions as well. Long-term records in the Adriatic Sea show stable summertime dissolved oxygen concentrations up until the mid-20th century; hypoxia began in 1960 and intensified thereafter. Using data from as far back as 1899, one study found increasing hypoxic and anoxic conditions in the bottom waters of the Baltic Sea. Currently, this zone is about three times the size of the Gulf of Mexico dead zone and is only expected to worsen as the Baltic continues to warm.

Even under the best of circumstances, water holds much less oxygen than air, so organisms must work much harder to get the oxygen they need from water for metabolism. For example, experiments have shown that reduced oxygen greatly limits the metabolic scope of fish, and their whole metabolism slows down. Feeding and growth can be greatly reduced.

This effect has been considered in various studies, but one study projected the combined influence of rising sea temperatures and lowered dissolved oxygen on distribution and maximum sizes of fish. On average across all seas, maximum fish size is predicted to decline 10 percent, with considerable variability among different species.

Even a 10 percent reduction in fish mass may have large impacts on fisheries; in parts of the world that depend on fisheries for protein, this will exacerbate the situation already taxed by overfishing and pollution.

A recent study on Baltic Sea cod shows that cod condition, including its size, has been in serious decline over the past two decades. Although a number of factors were suspected, hypoxia was the most important explanatory variable, followed by lack of prey and by a 30 percent reduction in living space (“habitat squeeze”) due to reduced oxygen.

In the tropics, warming has led to a shallowing of oxygen-rich waters, which appears to be compressing habitat for some tuna and billfish species, potentially making them more vulnerable to fishing. And in a different twist, Atlantic croaker, a common fish in the Gulf of Mexico, now experiences declines in reproduction brought on by hypoxia stress on its endocrine system.

Although the oceans have experienced great oxygen declines in the past, there is clear evidence that human actions, notably higher water temperatures and continued nutrient inputs from agricultural and urban areas, are in large part responsible for the present changes.

The solution is also clear, but the path forward is complex: Reducing nutrient runoff and halting greenhouse gas emissions requires a total overhaul of how societies do business. Nevertheless, ocean deoxygenation is already showing effects. If left unchecked, it will further compromise the largest part of our biosphere. Although more research is needed on climate-induced deoxygenation and its effects, policy action is needed now.