NATO member Turkey is crushing the HDP, the third-largest party in parliament, with house raids and mass arrests 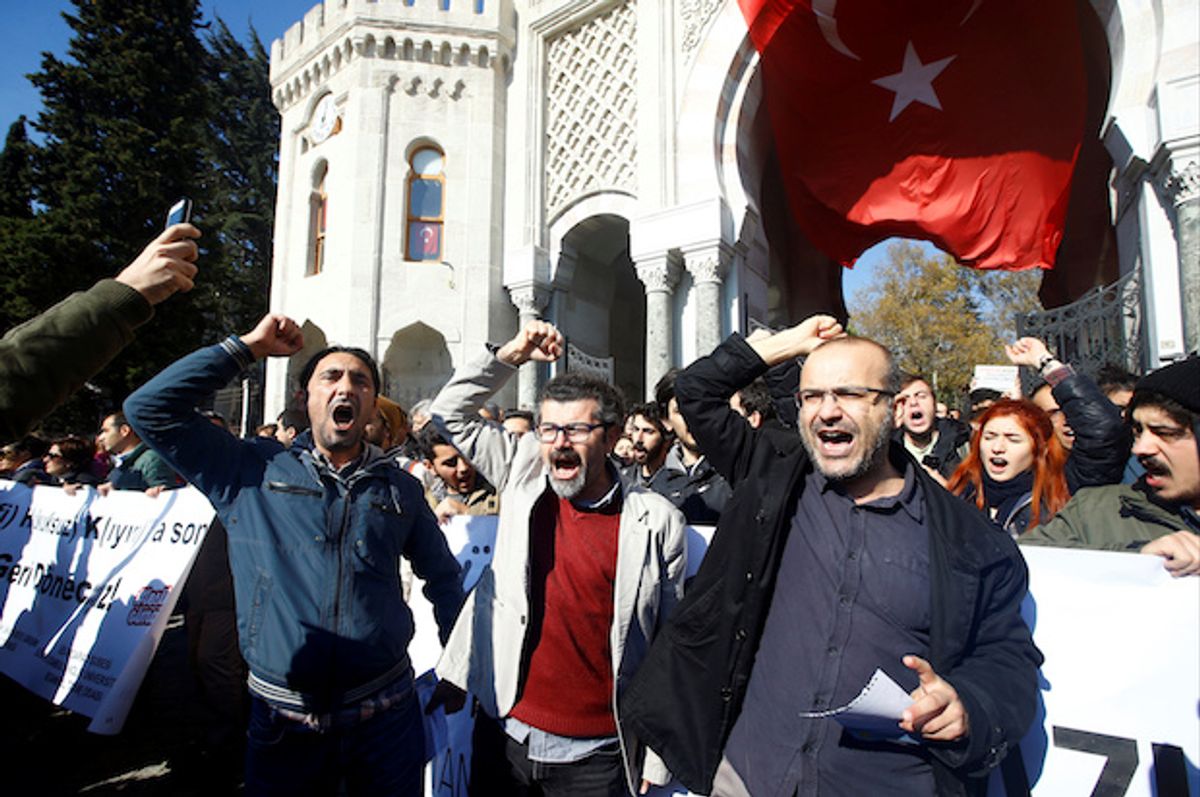 Demonstrators shout slogans during a protest against a purge of thousands of education staff since a failed coup in July, in front of the main campus of Istanbul University in Istanbul, Turkey, November 3, 2016 (Reuters/Osman Orsal)
--

The Turkish government shut down access to social media on Thursday night, while detaining elected officials from the country's third-largest party.

Right-wing Turkish President Recep Tayyip Erdogan's increasingly authoritarian government, which is a member of NATO and a close Western ally, raided the headquarters of the Peoples' Democratic Party, or the HDP, a leftist, pro-Kurdish political party.

The HDP called on the international community to take action against what it described as the "Erdogan Regime's coup."

Detention orders were issued for 15 HDP members of parliament. Journalist and analyst Mutlu Civiroglu cited a statement by the Ministry of Interior, which confirmed that 11 HDP MPs had been detained. Civiroglu said two more MPs were abroad and two more were in the process of being detained.

Among those detained were the party's co-chairs, Selahattin Demirtas and Figen Yuksekdag. Houses of HDP deputies were raided and doors were broken down.

Demirtas tweeted, "Security forces are at my home door in Diyarbakir now, with a forced detention order."

Access to the internet was also limited. The monitoring group Turkey Blocks said Twitter, Facebook and YouTube were blocked in the country. It reported that restrictions were also placed on the messaging app WhatsApp.

Since a failed coup attempt in July, the Western-allied Turkish government has purged more than 110,000 people and imprisoned nearly 40,000.

Opposition politicians from left-wing and secular parties have warned that the increasingly authoritarian President Erdogan is implementing a slow-motion counter-coup, restructuring the entire government and circumventing democracy.

Kurds in the diaspora held protests against the detentions. In the U.K., Kurds gathered outside the BBC for a demonstration. Protests were also announced for Friday in New York and Boston.

(This article was updated several times after publication with breaking information.)