Capitol Hill rumor mill: Paul Ryan may resign as Speaker of the House 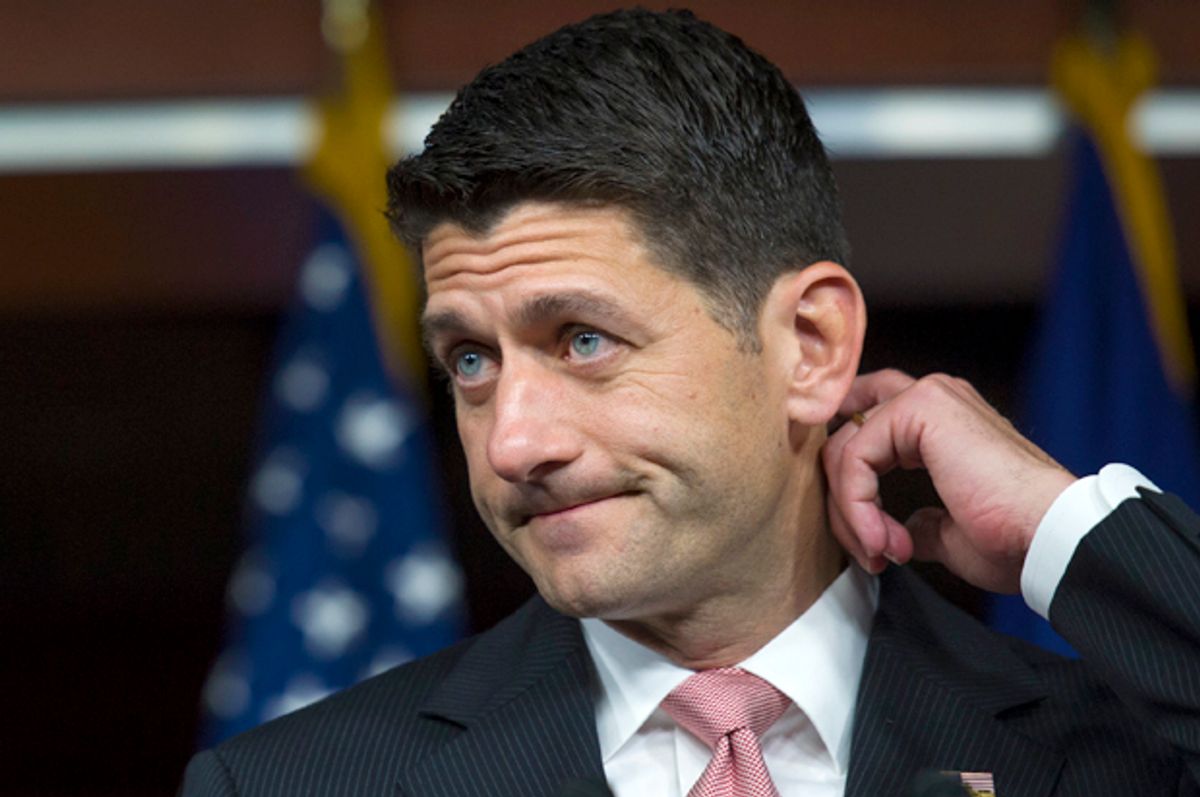 As Republicans continue to denounce Paul Ryan for his measured (or yellow-bellied, dependent on one's viewpoint) association with Donald Trump, rumors flooding Capitol Hill suggest the house speaker may resign from his post, according to The Hill.

A "senior GOP lawmaker close to leadership" informed The Hill that "Speculation is growing that Paul will not return."

"Why would he put himself in a situation where as few as 10 dissident members or one ill-timed quote from Trump could put his future in jeopardy?" the anonymous lawmaker added. "If you talk to members [of Congress] from the South, many will struggle to vote for him — even though they like him — because their constituents are furious" about Ryan's fair-weather support for the party's presidential nominee.

Last month, after The Washington Post leaked 2005 footage of Trump bragging to then-"Access Hollywood" host Billy Bush about sexually assaulting women, Ryan uninvited the real estate mogul from what would have been their first joint appearance, at the Wisconsin Fall Fest.

At the time, Trump responded as Trump does:

"If Trump wins, Ryan wins," a Southern GOP lawmaker told The Hill. "I have been hit hard in my district by folks who know Paul and I are friends. He is probably more unfavorable in my district than [former Speaker] John Boehner was."

In an interview this week with The National Review, vice-presidential nominee and Indiana Gov. Mike Pence "declined three times to answer the question of whether Ryan should be reelected as speaker. ‘My respect for Paul Ryan is boundless,’ he says, repeating it twice. ‘I’m not a member of the House Republican conference anymore. I wouldn’t presume upon what the members of the conference choose.'"