It's disgusting that the FBI is trying to tilt the election to Trump with sleazy tactics; it's also nothing new 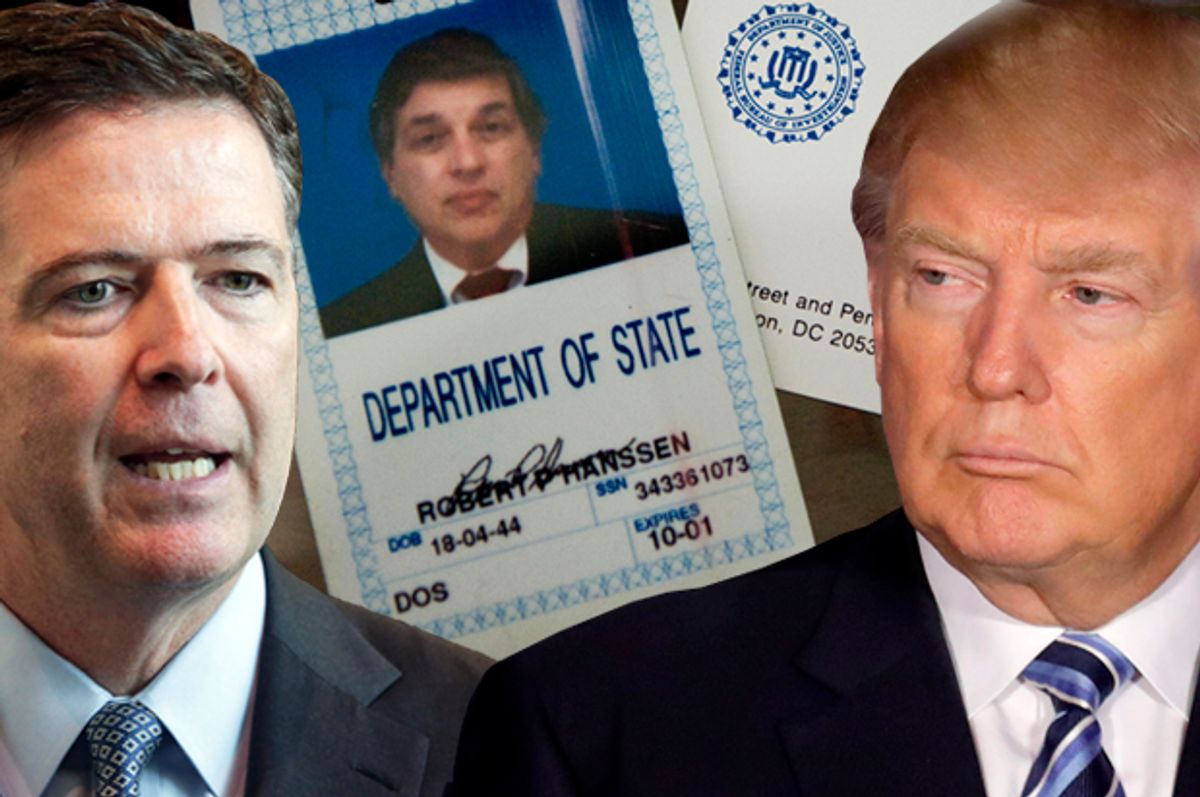 For those who have been following the fraught relationship between the FBI and Hillary Clinton for a couple of decades, the revelations that rank-and-file agents are selectively leaking like a sieve in hopes of derailing her campaign in favor of Republican presidential nominee Donald Trump comes as no big surprise. If there is such a thing as an institutional memory, then the FBI has one with an antipathy for Hillary Clinton that's downright pathological.

The fact that the selective leaking for maximum effect hadn't started earlier should have tipped off us old-timers that there was a plan for a late surprise. Having the FBI director himself send a vague letter filled with innuendo and suspicion to the House Oversight Committee chairman, Republican Jason Chaffetz, was a nice touch, though. It got the final week's smear campaign off to a roaring start.

It's now taken as a given by a large portion of the country that Democratic presidential nominee Hillary Clinton will be indicted for . . .  something. But again, what else is new? During the witch hunts of the 1990s, the goal of right-wingers was to drive president Bill Clinton from office one way or the other. They first planned to destroy his reputation and turn him out of office after his first term, which didn't work. Then they tried to get him to resign and finally impeached him over a consensual sexual affair but failed to convict him, mostly because his approval ratings were sky-high.

Then the American people punished the Republicans at the polls instead of the president. Throughout all that, they also pursued the first lady with a shocking viciousness. From the moment she came to Washington, Hillary Clinton was loathed by the right with such intensity it was frightening. While they fully intended to chase Bubba out of town, their intention from the beginning was to throw Hillary Clinton behind bars.

Then, as today, there was a Republican FBI director, Louis Freeh, allowing his agents to run wild whispering in the ears of willing reporters that an indictment was imminent. And there were always reporters willing to breathlessly report the scoop.  Take for example, the role of New York Times columnist and former Nixon henchman William Safire, as reported by CNN on January 1997:

BATON ROUGE, La.(AllPolitics)  -- Hillary Clinton will be indicted on Whitewater charges but not convicted, according to a prediction by the first lady's preeminent press antagonist. New York Times columnist William Safire, who last January called the first lady a "congenital liar," conjectured Thursday in a speech before the Louisiana Association of Business and Industry that Mrs. Clinton would face charges but that the president "will not give her a pardon. Instead, he will let the wheels of justice turn and sit by her in the courtroom, holding her hand when appropriate."

That was just one of many occasions when Safire "reported" erroneously that an indictment was coming down any day.

It's hard to know how many of those FBI sources might still be around, but according to a Daily Beast article by Wayne Barrett, the current torrent of selective leaks is being funneled through a retired New York FBI agent named James Kallstrom and coordinated by former federal prosecutor and New York mayor Rudy Giuliani.

Two days before James Comey sent his letter, Giuliani was on Fox, grinning like a fool, telegraphing the plan:

I think he’s [Donald Trump] got a surprise or two that you’re going to hear about in the next few days. I mean, I’m talking about some pretty big surprises. . . . We’ve got a couple of things up our sleeve that should turn this thing around.

Trump's daughter-in-law, Lara, also said, "We've got some stuff up our sleeves" on Fox the same day. Recall that Trump himself has been crowing on the trail that he's heard that FBI agents were unhappy with the decision not to indict Clinton, notably during the second presidential debate when he said, "the people that have been longtime workers at the FBI are furious." Let's just say there is more than a little evidence that some members of the FBI are actively hostile to Clinton and have been "helpful" to the Trump campaign.

It's ironic that there are also reportedly investigations into the possibility that the Russian government is interfering in the election on Trump's behalf. When that story was leaked, it was immediately shot down, and it's not hard to understand why the FBI would be very reluctant to discuss that subject. After all, the single greatest embarrassment to the bureau in recent years was the revelation that the agent assigned to the Russian desk had actually been a Russian spy for 20 years. That agent's name was Robert Hanssen, and he's now serving life in prison for espionage.

One of the stunning side stories of that saga was the admission by conservative columnist Robert Novak that Hanssen had been one of his FBI sources for damaging information about the Clintons. Novak, also known as the Prince of Darkness, innocently wondered if the man who had betrayed dozens of American intelligence assets in Russia, at least three of whom were executed, had really used him for nefarious purposes or if he really cared. Perhaps Novak wanted to believe that Hanssen was truly a patriot. Some reporters believe what they want to believe.

There's obviously no connection between the Hanssen case and today's Russian investigation(s). But there are still too many people in the intelligence business who think it's acceptable to interfere in the political business of the country when they disapprove of a leader. And there are still far too many credulous reporters willing to help them do it.

The good news for all the Trump supporters in law enforcement is that if their man wins he has promised to let them take the gloves off, which is likely one of the major reasons they like him so much. Journalists should probably be a little more concerned about being used by this authoritarian partnership, however. Neither the FBI nor Donald Trump have much respect for democratic principles, including the First Amendment (as anyone can see by the crude insults hurled at the press by Trump and his followers every day.) It won't end well for the country to empower these people and it certainly won't end well for the press.