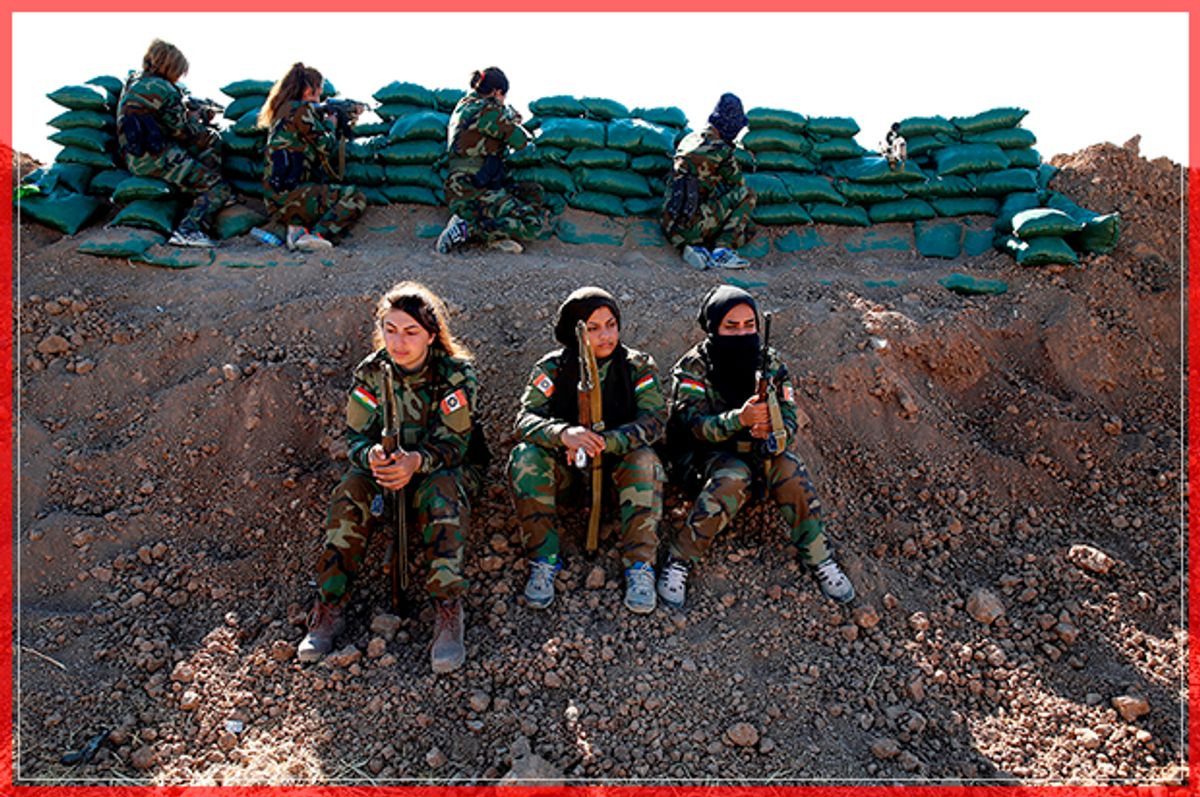 What is it about the ski mask? It's main power, it seems, is to evoke an Intifada or other sort of street uprising. And the smoke clouds — inevitably tear gas, right? But the subjects of this photo are holding aloft colored flares. And the ski mask is its own type of flair, a bit of striped fan attire for the supporters of Sportklub Rapid Wien. The people in this photo are ardent fans of the Viennese soccer club have traveled to Italy to watch their team's Europa League match against Sassuolo. It ended a 2-2 draw, and though passions ran high, there were no reports of violence from this international demonstration. These six Iranian-Kurdish women are reportedly part of 200 female peshmerga fighters who traveled hundreds of miles to fight against ISIS in order to reclaim control of the Iraqi city of Mosul in recent weeks. Breaking stereotypes of women in the Middle East, these female fighters are armed with the same artillery as their male counterparts and facing their nihilistic enemies on the front lines of the urban battlefield. They appear prepared and determined in this image. For the sake of the region and the world, I hope they are victorious.

New Delhi, India   Chandan Khanna/Getty
A dog wearing a helmet sits on the back of a motorcycle Dogs are so much more naturally uninhibited than regular human-beings. I've seen (on Youtube, that is) dogs surf, skateboard, bungee jump, walk on the edge of cliffs, and, as shown here, ride on the back of motorcycles; with seemingly no fear. Maybe they can't conceptualize how dangerous these stunts are or maybe they just don't care. Me, an average human, gets a little shaky when I have to stand on a stool to reach the top shelf of the pantry. It's obvious who here really has the guts for greatness.