From video games to Disneyland, the congressman used campaign contributions to fund his family life 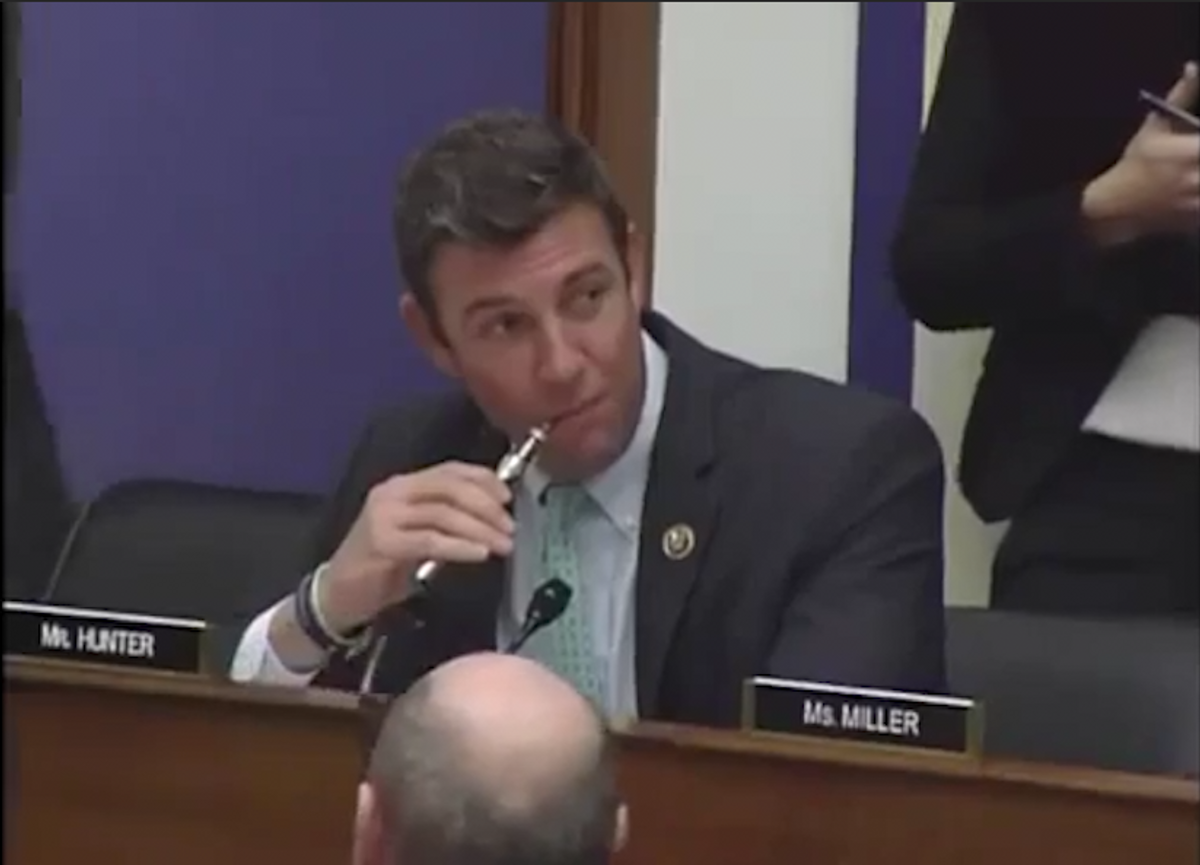 In April, a nonpartisan watchdog group cited thousands of dollars in personal expenditures — ranging from video games to a possible family vacation to Italy – that were spent using campaign funds for his reelection bid.

In September, Hunter acknowledged his improper spending, reimbursing his campaign $12,000 for expenses deemed personal or mistaken.

At the time, the congressman said there were “no nefarious intentions,” claiming he mistakingly used the wrong credit card. An outside audit was ongoing.

On Thursday, Hunter said he will now repay $49,000 to his campaign.

“While the charges were primarily authorized by the campaign, the buck stops with me and I take full responsibility — including the responsibility to determine and implement other structural changes to ensure errors are not repeated," Hunter told a local paper in Riverside County.

Some of the expenditures from his campaign included: a $229 charge at a Disneyland gift shop; more than $2,000 on restaurants, hotels and train travel in Rome and Florence during the 2015 Thanksgiving holiday; and $1,300 spent at the Cardiff-by-the-Sea restaurant that provides lunches to Hunter’s children at their private school. His son also racked up significant fees on video games.

Back in February, Hunter gained national notoriety for vaping an e-cigarette during a congressional hearing.

Hunter is up for reelection in 2016, running against Democratic real estate agent Patrick Mallow. Hunter is expected to win another term in a district that typically skews Republican.