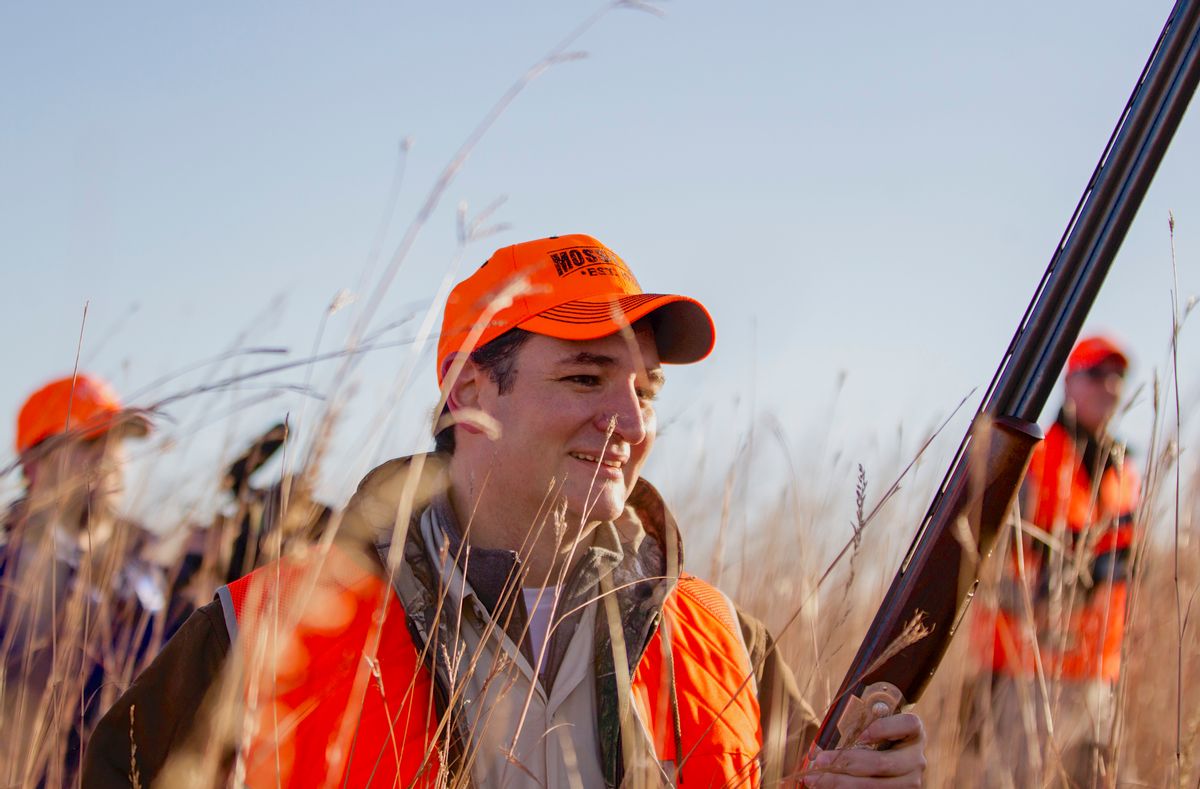 Cruz, who refused to endorse Donald Trump during his speech at the Republican National Convention in July, similarly refused to mention the Republican presidential nominee's name in a stump speech in Prole, Iowa. This despite the unnerving images of "Lyin' Ted" speaking from a Trump 2016-labelled podium and emerging from "Trump Force 2":

Instead, Cruz appeared to be stumping for Pence, whom he called "a good man" who "loves this crowd," according to CNN. In Kalamazoo, Cruz mentioned Trump by name once.

"If your health insurance premiums have gone up, like just about every person's in America, then you ought to vote for Donald Trump and Mike Pence and Republicans up and down the ticket," Cruz told the Michigan crowd.

After his Iowa stump speech, when reporters asked him to explain why he hadn't mentioned by name the apish real estate mogul who once implied at arm's length that his wife was unattractive, Cruz announced that he voted for Trump and Pence on Monday.