Sarandon slammed DNC corruption: “In bed with every superdelegate is a lobbyist.” 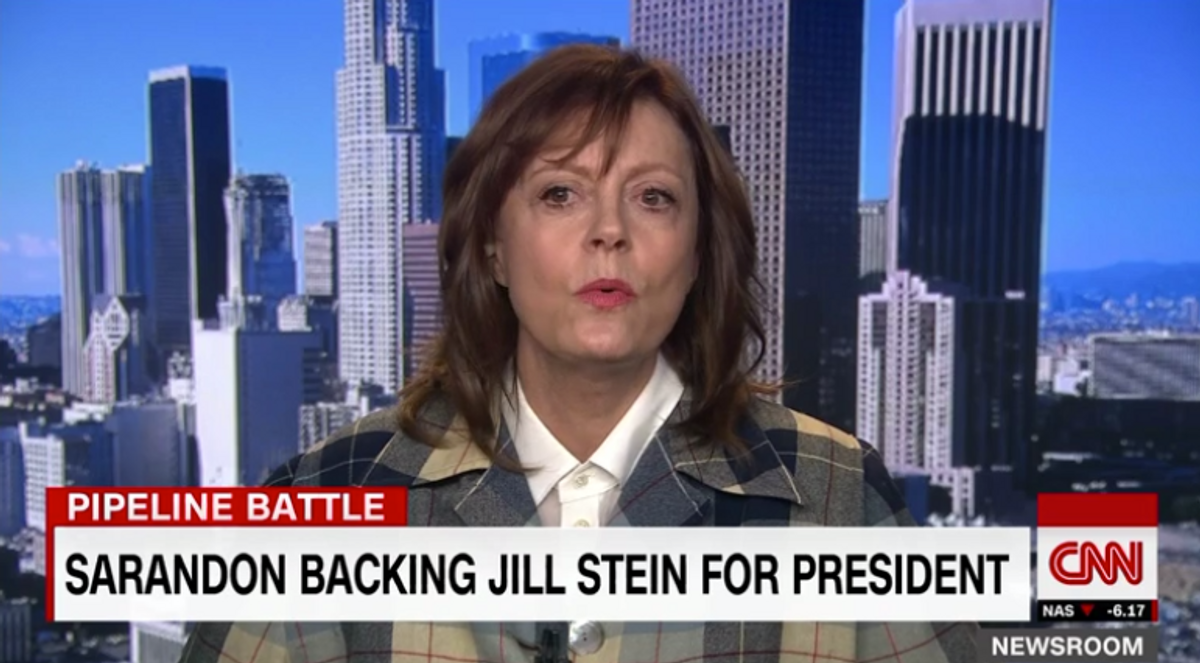 Sarandon appeared on CNN Thursday to discuss the Dakota Access Pipeline protests, and the corruption of both Hillary Clinton and Donald Trump. She also condemned the DNC.

“The DNC is gone and we need a progressive party,” Sarandon said in defense of her support for Jill Stein.

Sarandon talked to CNN’s Carol Costello as a representative on the side of the Standing Rock Sioux tribe pipeline protesters. She explained that the issue has been largely ignored because neither presidential nominee wants to talk about it.

“You’re not going to hear anything from her,” Saradon said about Clinton and the pipeline. “Because if you look at who supports their campaign and who’s contributed to Hillary’s campaign, it’s every single one of these corporations and banks.”

#ImNotWithHer because she's not with Native Americans to protect their water... not a peep after counting their vote. #NoDAPL https://t.co/vNOCoMoQYf

“It’s completely corrupt,” said Sarandon about the DNC, “In bed with every super delegate is a lobbyist.”

Her support of Bernie Sanders during the primaries and now Jill Stein proves that Sarandon is more accurately anti-Hillary than “pro-” any other candidate in the 2016 election. In June, she told MSNBC that Clinton’s indictment was “inevitable” and that the Democratic nominee for president was “more dangerous” than Donald Trump.

Sarandon said she is backing Stein because she wanted to vote for someone “who in some way is concerned with the things that concern me.”

Green Party presidential nominee Jill Stein, unlike Clinton and Trump, does care about what Sarandon’s concerns. In early September, Stein was charged with criminal trespassing and criminal mischief, and was suspected of vandalizing construction vehicles in the pipeline protest.