Trump the leech: Donald Trump got rich on government subsidies yet he refuses to give back 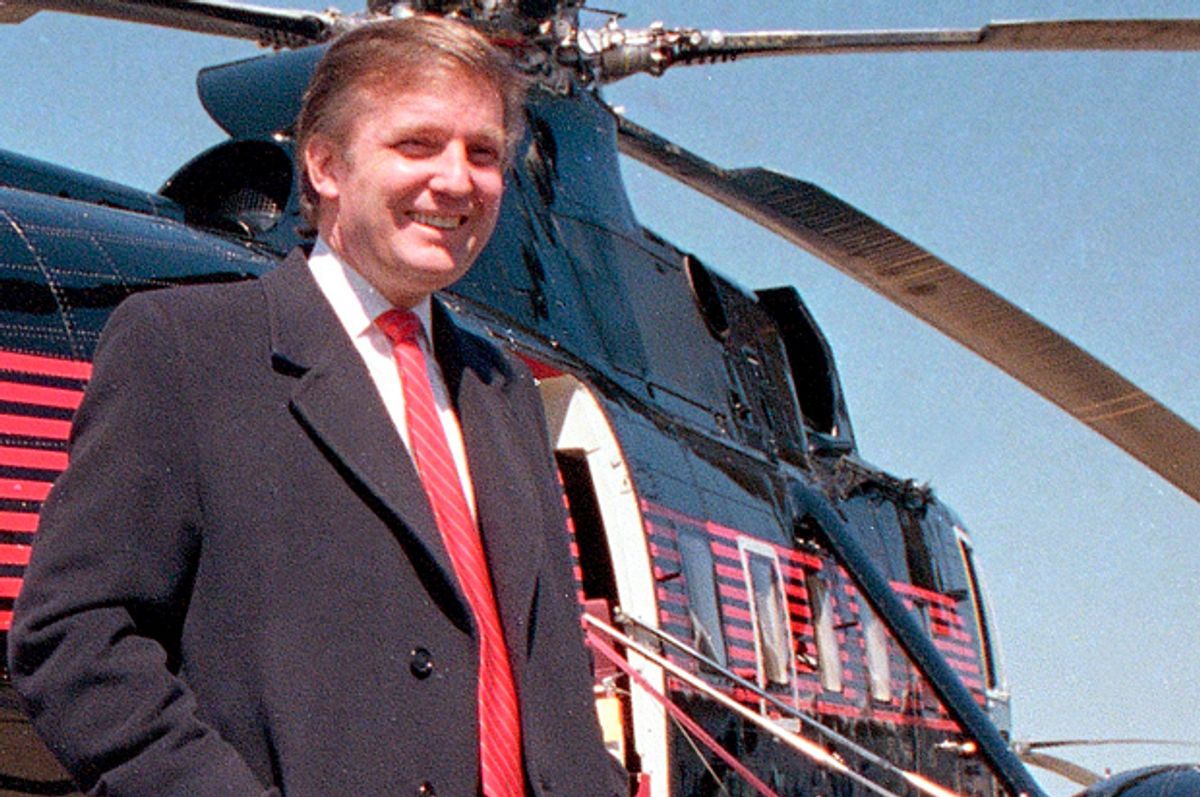 Donald Trump’s wealth exists because of the help his family received from government programs. Yet now that Trump has become a multi-billionaire as a result, he fights like mad against extending the same helping hand to others.

Trump did not start his own business from scratch. Instead, he glided into the already established business created by his father, Fred C. Trump. Trump’s father began his real estate development company in the late 1920s. And before long the business was built upon new government programs designed to assist the lower and middle classes with housing.

The FHA essentially devised a form of long-term mortgage that was affordable for home buyers and builders. To incentivize banks to make these loans, the federal government insured the loans against the risk of loss. This intervention by the government rejuvenated the housing market.

Trump’s father was a major beneficiary of this new government program. He began using FHA loans to build apartment buildings. When World War II broke out, Trump’s father continued to benefit from the government’s largesse by building apartments for the United States Navy. And in the aftermath of the war, he continued to use the FHA loan program to build apartment buildings for soldiers returning home from the war, who themselves used government programs to buy the apartments. His buildings primarily served the middle and lower classes in the neighborhoods of Queens and Brooklyn in New York City.

These government programs offer a shining example of the importance of sound public policy. The government reinvested taxpayer funds back into society, and this gave rise to the entire national housing market that provided homes and jobs to millions of Americans and served as a vital engine that drove the economy. And along the way, countless private-sector businesses arose and prospered, like the one started by Donald Trump’s father. After decades of building his business, Fred Trump became a multi-millionaire.

By the time Donald Trump was ready to embark upon his own first major real estate project in the late 1970s, his father had been developing buildings for almost 50 years and had built up a well-established business.

The project that launched the younger Trump’s career was the redevelopment of the Grand Hyatt hotel on 42nd Street in Manhattan. But Trump could not have been awarded this project on his own. Indeed, it was Trump’s father who was essential in his son winning the contract.

Not only did Trump’s father and his established business provide the necessary expertise, history and crucial business and political relationships to secure the project, but also, Trump’s father himself was required to provide financial guarantees to support the transaction. Without his father, Trump never would have been selected for the project.

With the real estate market on the rebound, the project turned out to be a big success — it effectively established Donald Trump as a developer and gave rise to his entire career.

This example is exactly what sound government programs are designed to do — make citizens successful while filling a civic need. It was government programs that enabled Trump’s father to start his business, build prosperity over many decades and then to pass the keys to the kingdom  to the next generation, which could build upon it even further.

As a multi-billionaire today, one would think that Trump would be very appreciative of the sort of government programs that created his success. Trump should be the biggest cheerleader of all for a government that reinvests in society to generate broad prosperity, and to do so, of course, a government that raises plenty of taxpayer dollars from the wealthy.

But, alas, that is not the case. Instead, Trump now opposes the sort of government that made him wealthy. Trump happily enjoys his own fortune that was built upon the backs of taxpayers before him, but instead of continuing the cycle by helping others who are coming up behind him, Trump hordes his own vast riches for himself and slams the door shut on opportunity for everyone else.

Trump himself detests contributing his fair share of taxes. By his own admission, he “fights like hell” not to pay taxes, and says that manipulating the system to avoid paying his taxes “makes me smart.”

Trump’s vision for government is equally disgraceful. He would eviscerate the public treasury with a two-pronged attack of reducing government revenue by granting a huge tax give-away to the super-rich, and simultaneously slashing social programs, as he says, “big league.”

A Trump administration would allow the rich to redirect as much money as they possibly could into their own pockets while leaving the government bereft of funds to invest in society and thus unable to provide sound social programs to create prosperity and stability for the future.

While Trump is free to delight in his greed and selfishness in the private sector to his heart’s content, he simply does not belong in a leadership position with the power to shape public policy.