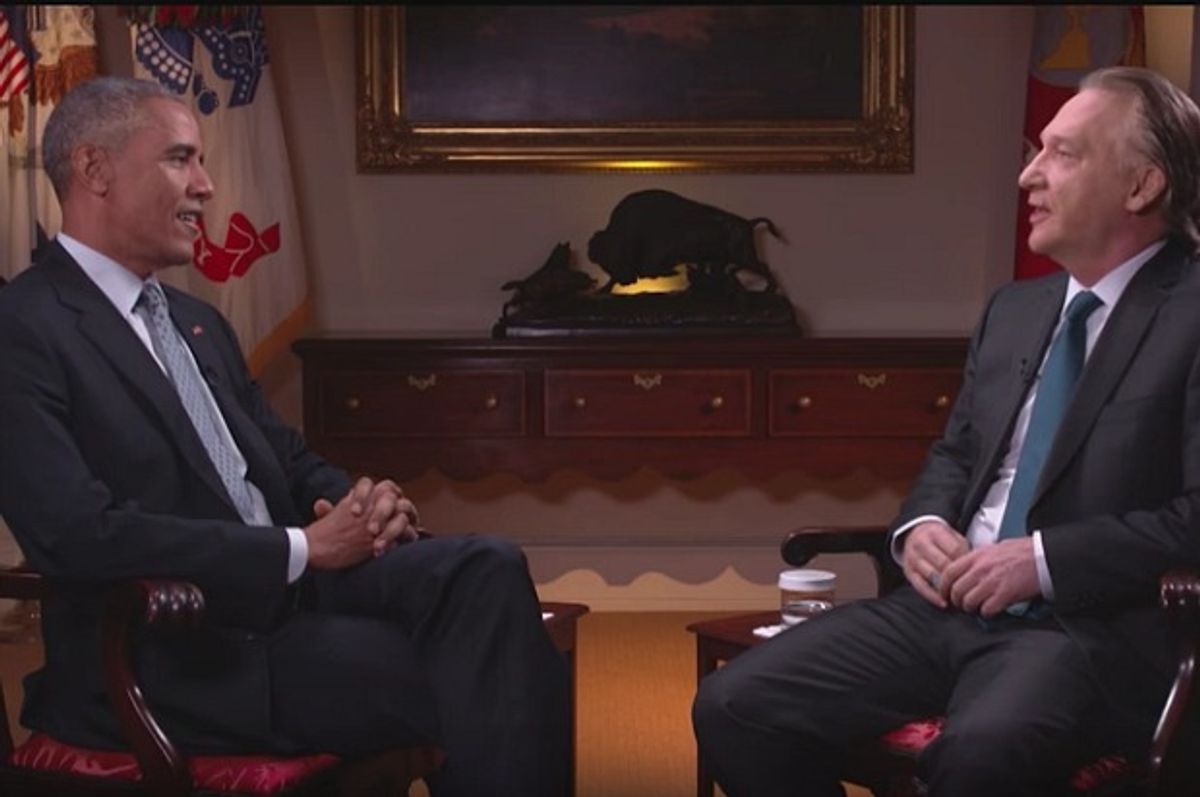 Bill Maher scored a sit-down interview with President Barack Obama, and if you've ever wondered if there's a serious, quieter side to Bill Maher than the one fans usually see on Friday nights, here it is.

Maher started by asking about how Bernie Sanders' run for president may have changed the conversation around socialism in America. Some things, Maher and Obama agreed, should not be run for profit, like prisons and schools.

When Maher suggested the news be not-for-profit, too, Obama dug into the impossibility of going back to the days when networks treated news like a loss-leader.

"How do we create a space where truth gets eyeballs and is entertaining and we can build a common conversation?" Obama asked.

"One of the things I'm most concerned about is the Balkanization of the media," Obama said. "You have 800 stations, you have all these websites. People have difficulty now just sorting out what's true and what's not. If you don't have some common baseline of facts — we can have a disagreement over how to deal with climate change, but if we have a big chunk of the country that discounts what 99 percent of scientists say completely, it's very hard to figure out how to move a democracy forward."

Maher's sly sense of humor crept back in when he brought up marijuana law reform, to which Obama deadpanned, "Is that something you care about?" before cracking up. But things did get serious. "Both you and I could have had our lives ruined," Maher pointed out, "not by smoking it but by being arrested by it."

"Isn't it time the federal government caught up to progressive states," Maher continued, citing states with laws on the ballot on Tuesday to legalize or decriminalize marijuana in some way, "like North Dakota and Arizona?"

Watching him nail Obama on whether or not he really gave up cigarettes? Priceless. Watch the full 18-minute interview here.