Donald Trump is a symptom — not the disease: The GOP's problem with women

The Republican Party will never win if it doesn't mend its relationship with women voters. Where does it go next? 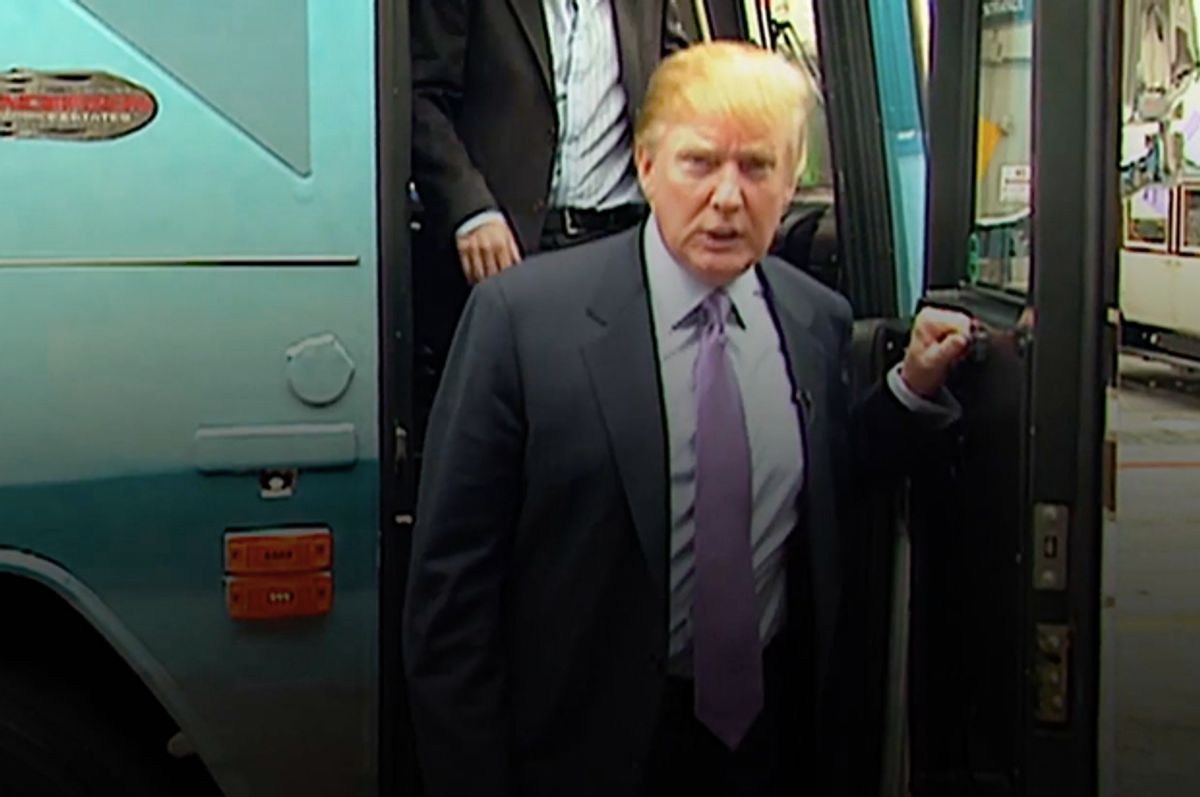 Still from the 2005 video obtained by the Washington Post
--

Though there is a chance Donald Trump could win, it appears women will be the firewall keeping him from the Oval Office. As a conservative activist who has spent years trying to reconcile women's rights and right-leaning policies, I am appalled by how Trump has destroyed the GOP's social capital with women. In the wake of Mitt Romney’s 2012 loss, the party autopsy laid the blueprint for connecting with women; by 2014, the party seemed to be making strides by nominating women like Mia Love, Martha McSally, Elise Stefanik, Marilinda Garcia and others. As  results poured in on Election night 2014, it was a moment of sweet irony for me that the Senate balance of power shifted to the Republicans when the Iowa senatorial race was called for Joni Ernst — the first female combat veteran elected to the U.S. Senate. That night I called the GOP's so-called “War on Women” a fiction.

Then came Hurricane Trump, which washed away the fragile ecosystem we conservative women had built. Here was the GOP presidential nominee, a man who bragged about sexual assault and then rejected the claims of assault by multiple women by implying the accusers weren’t attractive enough for him to bother sexually assaulting. This insane logic explains why just days out from Election Day, leading polls show Hillary Clinton leading among women by an ever greater margin than Barack Obama’s 11-point spread in 2012.

After losing the popular vote in five of the last six elections and faced with a bleak demographic future, the GOP must completely revamp itself  or face extinction. Conservative and Republican women like myself are livid (see the recent comments and commentaries by leaders Amanda Carpenter and Dana Perino) over our years of labor squandered and hard-won gains undone by Trump — a nominee who brags about sexual assault and degrades minorities and the disabled, among other transgressions.

Sadly, even in the face of an impending election loss being inflicted by America's women voters, the Republicans don't seem capable of the clear-headed thinking needed to make real inroads with female voters. It's basic: A communications consultant (the sort who regularly trains congressional candidates and corporate leaders) advises clients about the snap judgements that viewers immediately make about a man vs. a woman on camera. A man instantly projects strength and must work to convey warmth, he reports. The inverse is true for a woman. Whatever one may say about how gender dynamics should be, this is the reality of how things are in politics today.
This dynamic helps explains why Trump is predicted to lose next Tuesday. Political observers repeatedly point out Trump’s appeal is encapsulated by one word: strength. Whether you think his is is real or simply posturing is irrelevant — millions of Americans believe he projects strength. But Trump completely failed at projecting warmth; this was something that telegenetic presidents like Ronald Reagan and Barack Obama did instinctively. Those few half-hearted attempts Trump made at seeming warm were well-intended but ill-fated attempts orchestrated by campaign manager Kellyanne Conway.
The Republican Party's larger problem with women also traces back to this warmth/strength gender dynamic. Republicans typically get high marks for the traditionally “masculine” issues like national security and economics. They get weak marks in social policy and connecting with historically marginalized groups like women and minorities.

The problem that conservative thinkers like David Brooks miss (as he did in one of his recent columns) isn't that there is no conservative policy intelligentsia — it's that we lack a conservative cultural elite, especially among women. Hollywood and the larger world of culture and entertainment is incredibly left-leaning — its leaders donate to Democrats far more than to Republicans. These are the people who make culture, and culture drives policy. Conservatives and Republicans have not learned to speak in culturally relevant ways that resonate with any group beyond old, white men. This bodes terribly for the GOP’s future, particularly demographically, as the millennial generation is 43 percent non-white.

Many younger voters from minority backgrounds are particularly turned off by the tin-eared rhetoric from Trump on African-American and Latino issues; but his rhetoric is, in many ways, not so much an aberration as a crude restatement of the Republican Southern Strategy. Consider the disastrous Lyndon Johnson's "war on poverty" policies: They had their roots not in politics but in the cultural impact of the civil rights leaders, not through policy think tanks. Martin Luther King, Jr. was no policy wonk — he was an emotive spiritual leader and charismatic cultural figure. Johnson was a racist — and many of his people were too — but he responded to the power of culture.

Surveying the culture, there's the problem of prominent female conservatives in the media: the vitriolic Ann Coulter, who has said women should lose their suffrage; the self-proclaimed Christian Kayleigh McEnany, who defends an adulterous and vindictive Trump; the needlessly acerbic Tomi Lehren and the anti-intellectual Sarah Palin. Some of their intentions may be laudable — their arguments for limited government and American exceptionalism — but they do not appeal to anyone outside the usual GOP suspects.

Generally speaking, conservatives don’t have Oprah Winfreys, Whoopi Goldbergs, Arianna Huffingtons — liberal female celebrities who connect with female audiences and hold sway in youth-oriented Hollywood. To be a celebrity inherently means that you are celebrated — and we conservatives aren't. That's what Reagan, as a former actor, understood. And love him or hate him, Trump shows the power of culture. He met people where they were and didn't sequester himself in the Ivory Policy Tower.

Even though the odds are currently stacked against us, there is a new vanguard of female conservative media and cultural leaders, people like Caitlyn Jenner, Michelle Fields, Tara Setmayer, Kristen Soltis Anderson, Jedediah Bila, Patrice Lee, Ana Navarro, Candace Cameron, Leslie Sanchez, Margaret Hoover, SE Cupp, MaryKatharine Ham, and more. If Republican leaders are smart, they will increase the visibility of women like these in Hollywood and mainstream media rather than simply cultivating the next generation of “Fox News Famous” women. And I say this with respect as someone who regularly appears on Fox News — it’s a great venue to teach the choir how to sing, but the choir has an average age of 68.

Conservatives will continue to be hammered by women until we change our conservative media culture. That means learning how to balance both strength and warmth. While the Trump candidacy has caused great heartache and consternation for many of us, in some ways this could be a "sunlight is the best disinfectant" moment, culturally speaking, for the GOP. It must be if the party hopes to survive.