Grieving for America: Are hateful Trump supporters the true face of my adoptive home? 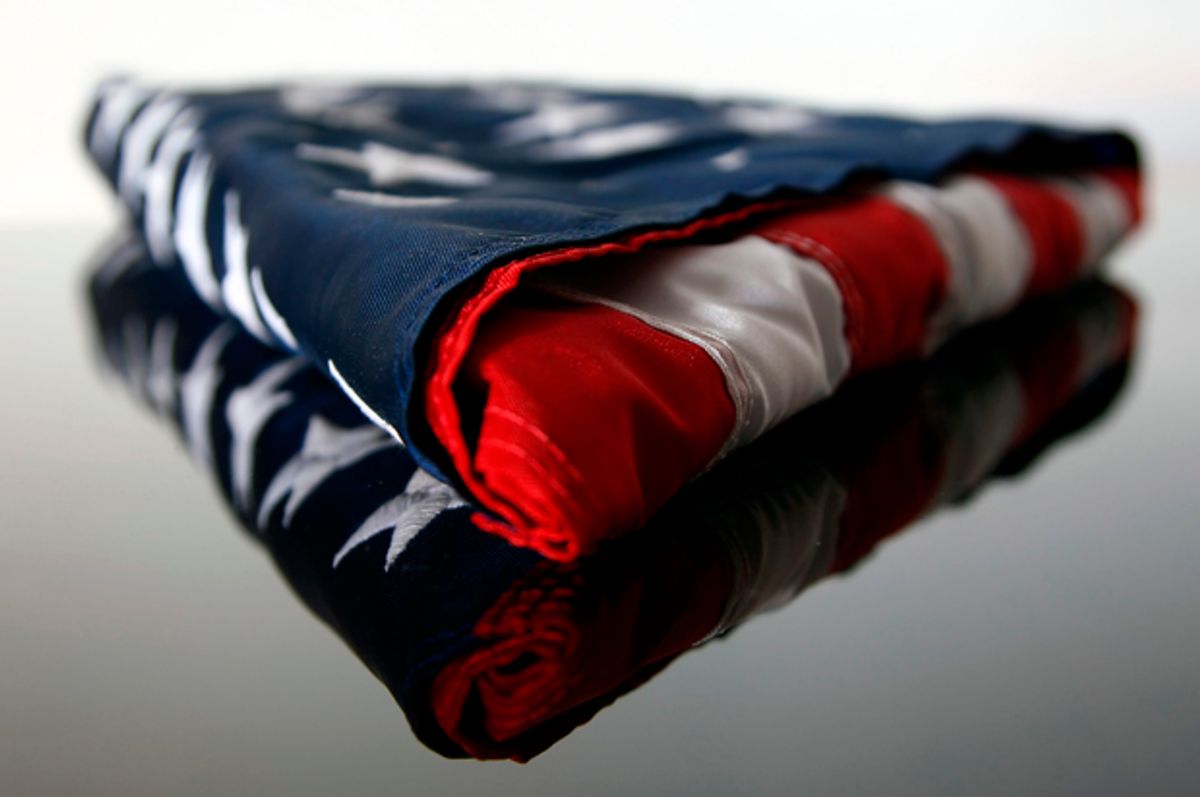 Why am I so disturbed by this election?

The easy answer, one that millions of Americans and citizens around the world would give, is that Donald Trump’s mere candidacy, let alone the possibility that he might become president, is enough to drive anyone crazy with worry. Some people seem to think that what we should fear most is his personality, that an ignorant, mendacious, bullying misogynist, a race-baiting, Latino-hating predator would have so much power. Others focus on how his policies would set back whatever scant progress we have recently made on so many pressing issues: climate change, health care, the value of black or immigrant lives, the struggle against income and gender inequality, take your pick.

I share these apprehensions about how we all would be affected by a Trump victory, but looking into the mirror of myself and my reaction to his ascendence, I have come to realize that it is not the future alone that alarms me, but something else: what Trump’s popularity says about the present and, specifically, about America today.

When my wife and I brought our family to the United States in 1980, we had no illusions about what sort of country it was. We had been wandering in exile since 1973, when an American-sponsored coup in Chile against democratically elected President Salvador Allende installed a brutal dictatorship. We were aware, coming from what was then called the Third World, of the way in which the United States, its corporations, its military, and indeed its public, were complicit in crimes against humanity on every continent. Nor were we blind to how minorities were treated in the “land of the free,” the long history of slavery and conquest and abrogation of rights.

And yet, I had many reasons to thank and admire America. My Argentine family had found refuge here once before, in 1945. As a child growing up in the wondrous city of New York amid the blossoming fifties, I had fallen in love with this country that gave me the language in which I write this reflection, the music and literature that nurture me, the extraordinary experiment in search of a more perfect union, a history of resistance to bigotry and racism among its most enlightened citizens and workers, and the underlying generosity of a land that was able to welcome so many immigrant communities and endlessly expand its multicultural explorations and accept so many religious groups free to practice their beliefs. A land that belonged to you and me and was constantly able to question its own limitations. The land of Dylan and Franklin Delano Roosevelt, Meryl Streep and Walt Whitman, Ella Fitzgerald and William Faulkner and Martin Luther King -- how could one not be entranced by this pursuit of happiness?

I have spent most of my hybrid, double life trying to reconcile these two Americas -- one that fiercely represses our humanity and the other that gloriously expresses the best in us, a reconciliation that was made possible by the ongoing wager that the America of the better angels that my hero Lincoln invoked would eventually prevail.

My belief in the redemption of a country where I ended up becoming a citizen, along with my wife and two sons, would be grievously tested over and over in the 36 years since we arrived here.

It was, I now realize, a schizophrenic process.

Dreadful things kept happening: the mean-spirited Reagan years of greed, interventions in sovereign nations culminating with the younger Bush’s war-mongering, the malignant growth of the national security state, Democrats far too often subservient to money and privilege and military might. But through it all — and so much more that was disappointing and objectionable — I tried to keep faith in America, resolutely held on to any sign that allowed me to celebrate its communal story. I searched out every encouraging mark of progress, every small and large act of defiance by countless citizens that prefigured a country of tolerance and fairness and grace, proof that the courage and solidarity of ordinary people and extraordinary organizations formed the bedrock of the real nation.

It is this delicate balancing act that has been so tested by the rise of Trump and more fatally by the vast amount of my fellow citizens who enable — in the worst sense of the word — his candidacy.

I do not wish to demonize the bombastic billionaire’s followers. In fact, I have on various occasions written sympathetically about their quandary, understanding the roots of their anger, bafflement, sense of displacement, without condoning the more extreme manifestations of racism and hatred. But that understanding of the causes of their disarray and that sympathy for their identity crisis has ultimately been faltering and foundering as Election Day itself grows closer. Each time I watch a Trump rally or hear an interview with a Trump supporter or listen to some pundit justifying the intolerable, the vitriol and lying overwhelms and sickens me. Trump has opened the door for massive multitudes to express something devastating and spiteful in America, a door that I do not know how to close, a space I do not know how to deal with psychologically and simply cannot abide. And yet, I continue to addictively soak up this loathing and rage, perhaps because I wish to punish myself for having worked so hard to blindly disregard what has been staring at me from the abyss: Maybe this is the true face, the deep face, the permanent dreadful face of America, the irrevocable part of America that has always been there and that I can no longer delude myself will ever, not now and not tomorrow, be redeemed.

I fear that this rift in the beloved community, even if, as seems likely, Hillary Clinton wins, can never be healed; I fear that I will no longer be able to console my split identity with the hope I have clung to, since childhood, that the America of the people, by the people, for the people, does not deserve to perish from the earth.

Perhaps disturbed is the wrong word for what I and so many of my compatriots are feeling.

Perhaps the right word is grief.