Michigan's Republican civil war — and the nation's: The remaking of the GOP has begun 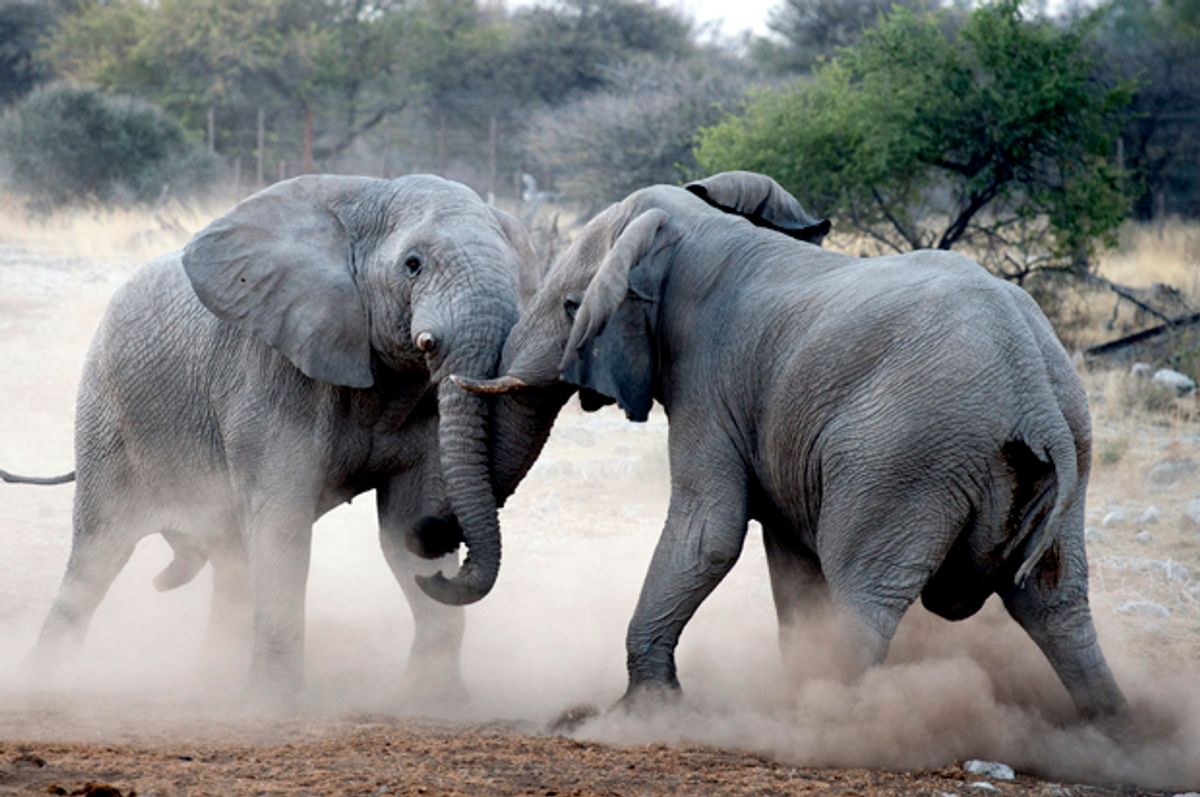 While Donald Trump was stumbling through another bad campaign spell late last month, punctuated by his refusal to commit to accepting the election’s results, Republican politics took a bizarre turn in Michigan.

Even in a year of frequent, bitter clashes between various factions in the Grand Old Party, this one stands out. And it’s undoubtedly a sign of what’s to come in other states after Nov. 8.

On one side stood Michigan Republican Party chair Ronna Romney McDaniel – who’s not only the niece of the ultimate #NeverTrumper, 2012 presidential nominee Mitt Romney, but who also happens to be the granddaughter of former Michigan governor George Romney, godfather of the 1964 (pre-hashtag) Never Goldwater contingent. On the other side stood vice chair Wendy Day, a telegenic, born-again military wife and mom who’s been active in pro-life and Tea Party causes for years.

So when McDaniel removed Day from her state party post less than three weeks before the election, an outcry swiftly followed.

But this round of Trumpers vs. the #Never crowd played out far differently than you’d expect. It’s actually McDaniel who’s carrying water for Trump, and Day, who ran Ted Cruz’s Michigan campaign, who opposes the nominee from the right “as a matter of conscience.”

And of course, there was former Michigan National Committeeman Dave Agema, who made national news for his frequent Facebook tirades against gays (they’re all alcoholics) and Muslims (they’ve never contributed anything to society). The problem was that Agema enjoyed plenty of grassroots support, which made party leaders wary of expelling him. So they didn’t – which foreshadowed the way they would acquiesce to Trump, in spite of his barrage of outré comments and policies.

McDaniel was elected to her new perch in the midst of all these controversies last year. She’s never known a time when Republicans weren’t bloodying each other in Michigan. Adding to the pressure of the job is two-term Republican Gov. Rick Snyder, whose mishandling of the Flint water crisis has further wounded the party’s image and poll numbers. He later refused to endorse Trump.

So 2016 was already shaping up to be a tough year for McDaniel. Not surprisingly, Trump supporters were deeply suspicious of McDaniel’s loyalties, as her uncle trashed The Donald on a national stage. But she sought to assuage their fears early on. Even as the GOP presidential primary raged on in April, McDaniel announced that she would serve as a Trump delegate to the Republican convention in Cleveland.

McDaniel has since been one of Trump’s biggest boosters in Michigan – a state the businessman bragged he would conquer handily thanks to disaffected blue-collar workers, but that had fallen off the contested electoral map until the last week. Although state polls show Hillary Clinton still enjoying a steady lead, Trump has vowed to close the gap.

Meanwhile, McDaniel has launched a spirited defense of Trump’s “rigged election” claims, which also provided an excellent fundraising opportunity – although she's now being scrutinized in a federal lawsuit over voter intimidation. She’s also written a chipper “Why Donald Trump Will Win Michigan” op-ed for one of the state’s largest papers.

Then there’s Day. A former Democrat, she brings a convert’s zeal to her religious-right politics. Hailing from the reliably red Detroit exurbs, Day is usually the most conservative person in any room she walks into. She’s served as a legislative staffer and public school board member (even though she homeschooled her four children) and emerged as a leading voice of the Tea Party movement in 2009. In other words, Day was a perfect fit for Ted Cruz's operation in the Mitten State. After the Texas senator bowed out, Day didn’t let go, moving on to lead Michigan’s unsuccessful “Dump Trump” effort before the RNC.

So it shouldn’t have really surprised McDaniel – or anyone else who was paying attention – that Day would continue to steadfastly refuse to endorse Trump, even while tirelessly working for the rest of the GOP ticket. Still, it riled many party activists and hangers-on who were hungry for a scalp in the face of increasingly depressing polls, Trump’s on-air meltdowns during the debates and the release of his “Access Hollywood” tape.

Against this backdrop, it’s not shocking that McDaniel made the call to close ranks and oust Day. Not only is she in a tenuous position as a new party leader, but she has her own political future to worry about, as she’s keeping an eye on a U.S. senatorial or gubernatorial run someday.

But the optics for Michigan Republicans were devastating. No party needs the distraction of public turmoil just a few weeks before Election Day – especially as Trump threatens the GOP’s dominance further down the ballot. Day, who has written extensively about her husband’s two tours in Iraq, is an exceedingly sympathetic victim who’s not going anywhere in Republican politics, despite this setback.

While visits and ads by both presidential hopefuls in the final week have injected some hope into the Republican cause, powerful divisions remain. And they’ll persist long after Election Day, whether Trump wins or loses.

Michigan may be ahead of the curve on this internecine warfare. But there's no doubt about it: Internal Republican battles are coming to many other states around the country after this coming week.

Republicans will have to grapple with what still looks like a Trump loss during a year in which most conservatives fervently believe a more generic “R” could have won in a walk, especially against a weak opponent like Clinton. The Trump effect could be felt further down the ticket, costing the GOP the U.S. Senate as well as seats in the House and state legislatures.

Plenty of local and state party office elections will hinge on what side of the Trump divide you were on. In 2018 and beyond, Trump will also factor into Republican primaries for every office up and down the ballot. It’s not clear at the moment how the Trump litmus test will shake out. It seems plausible that both pro- and anti-Trump Republicans could be broomed in various posts, depending on the 2016 outcome and contours of local GOP politics.

But that’s just the beginning. Trump’s dramatic rise has shaken the Republican Party’s foundation to its core. As the nominee, he discarded the GOP’s playbook and only gave lip service to its core principles of tax cuts, smaller government and social conservatism. In a campaign forged in raw anger, conspiracy theories and white nationalism, Trump violated right-wing taboos again and again.

He enraged free-market acolytes by championing trade protectionism and Social Security, while bashing immigration at every turn. National security hawks glowered as Trump played footsie with ex-KGB officer Vladimir Putin and chastised Israel. And social conservatives had to swallow Trump’s obvious lack of interest in pro-life issues or "religious freedom" attacks on LGBT rights, while suffering the indignity of the thrice-married playboy’s vile comments about women playing on loop.

Prominent groups like the National Rifle Association and Right to Life fell in line behind Trump anyway. But if Trump loses, he will leave the Republican Party with quite the ideological identity crisis.

This will inevitably trickle down to the state level, where various interests will jockey for dominance in a post-Trump party. How it all ends is anybody’s guess.

Susan J. Demas is editor and publisher of Inside Michigan Politics, a nationally acclaimed biweekly political newsletter. Her political columns can be found at SusanJDemas.com. Follow her on Twitter.