Sweet home paranoia: The panic room business is booming for the 1 percent 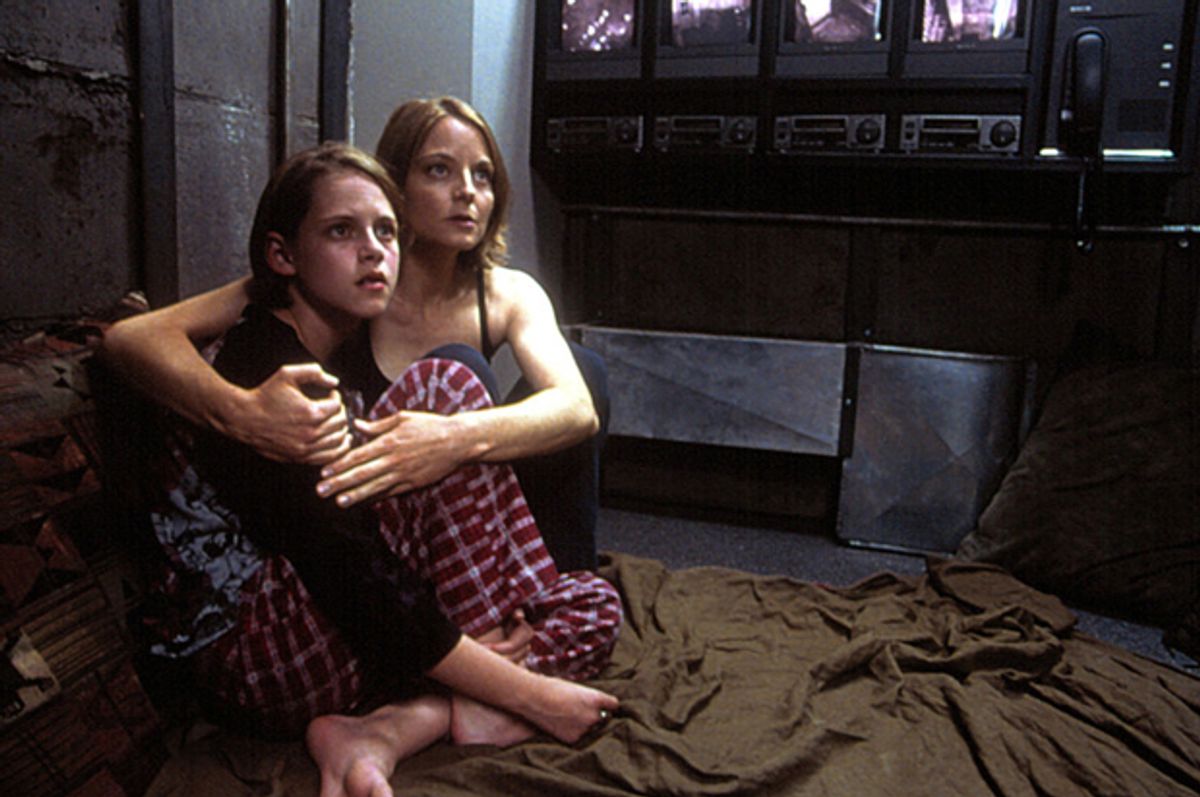 It's the middle of the night when you are startled awake. Was that the bright shatter of a window downstairs?

Probably nothing, but just in case you are endangered by foreign terrorists, domestic terrorists, post-apocalyptic survivalists, Donald Trump enthusiasts or your choice of villain, if you're prepared, you'll gather the loved ones (don't forget the cat) and hustle into your panic room or safe room, which you've carefully prepared for just such an event as this.

If the need for one of these rooms sounds like an implausible filmic scenario, it's less rare an event than you might think. The world is a scary place these days. If Trump wins the U.S. presidential election, then his white army of darkness will rise to power (and if he loses, he has threatened to spark riots, so it pays to be safe either way). Then there are his supporters, who seem to feed off of fear, like Stephen King’s It, and are more than likely to have panic rooms of their own, preferably stocked with automatic weapons, to keep out all those foreigners and minorities. The desire to have a safe room in one's home is rising.

"We have experienced annual 15 percent growth over the last four years, and this year we're up 30 percent," said Thomas Gaffney, chief executive of Gaffco Ballistics, a Vermont-based firm that designs and builds safe rooms around the world, including many in McLean, Virginia, and the D.C. metro area. Gaffney continues, “I attribute this growth in sales to global and local terrorist-related attacks. The people I deal with have a high regard for security and, more importantly, the lack of it in the world today.” The people he deals with also invest a lot of money in that feeling of security.

"One hundred and fifty thousand dollars to $350,000 is standard for the sort of work we do," Gaffney said. "We deal with the one-percenters. Safe room people are thinking, 'I'm spending a lot of money on my residence, or residences, so security is a priority.'"

Seventy percent of the safe rooms Gaffco builds, Gaffney said, are part of newly-built homes, which is far easier logistically. Rather than create a purpose-made bunker, Americans want to feel absolutely safe in a room they'll be comfortable spending time in. "A lot of times it's the master bedroom" that is converted into a safe room, Gaffney said. "Back in the day, we built basement bunkers, but now we're talking about very large rooms in very large residences. All the exterior windows and entrances, and we match units, doors finishes."

The company essentially takes your preferred high-end interior design and makes bullet-blast resistant versions of it, down to the last detail, so no one can tell which of your windows happens to be able to stop shotgun shells. Americans apparently tend to be concerned about terrorism and "dirty bombs," chemical weapons, so a room must not only be secure against intruders, and set up with ways to contact help, but also rigged with an independent ventilation system.

There are two options in creating a panic room, said Ibrahim Bulut, business development manager for Belguim-based Meyvaert Glass Engineering, which manufactures nearly indestructible glass cases and fortresses for art museums around the world. Bulut also works as an independent security consultant, and residential safe rooms are in high demand in Europe as well. And he should know — he has converted a room in his home into a safe room, because he is in possession of sensitive security data related to his firm that art thieves would love to get hold of.

Bulut is quick to say that you don’t need to invest a fortune to make your home safer, provided you don’t insist on your inlaid-mahogany bedroom door suddenly becoming bomb-proof. You could purpose-build a new room (which can be pricey, unless it is part of a new-build home) or convert an existing room, like a closet. Bulut estimates that about $5,000 can get you a solid, basic conversion that will do the trick.

Reinforcing existing walls and fitting a metal door can go a long way to safeguarding the space. You'll want to keep enough dried food and water inside to last a day or more.

If you want bells and whistles, you can install security cameras that will let you monitor your house by video from inside the room. Bulut says that the Jodie Foster film "Panic Room" offers an "excellent example of how wealthy or important Americans look at a 'safe room' solution, but it's becoming more common also in Europe."

While some of Bulut's suggestions are obvious, others are less so. It's fair to guess that you want walls that are capable of resisting attack by guns and hammers. Likewise, the door should be fire resistant. Resistance in the security field is typically graded by the number of minutes of constant attack a material can resist, and Bulut recommends fireproofing the outside of the room to withstand a fire for 30, 60 or even 120 minutes.

If you're storing valuables, as Bulut does, you'll want to keep the room climate-controlled.

But it might not occur to you that the panic room door should open inward, not pull outward. "You need to be able to run into your panic room," Bulut said. Likewise, the door should lock automatically behind you when you enter, or else lock via a button. You don't want to recreate that horror movie cliché of fiddling with the lock while a bad guy kicks at the door.

Also, two-way communication lines are critical to preempt someone cutting phone lines. "You could buy a specific cell phone which you leave in the panic room, or a dedicated telephone line, or have a direct communication with an external private security company," Bulut said.

You want to be able to reach the outside world without the bad guys eavesdropping. "Good soundproof isolation is needed, so burglars in your house can't hear you speaking," Bulut said.

While most of the clients of Bulut’s firm are wealthy major institutions, and Thomas Gaffney’s clients are wealthy private individuals, anyone can have a safe room in their home. As Bulut emphasizes, “a panic room is not only an item for the super-rich, but can also be built for people working with very classified info, or who have items in their home of high value.”

And if you happen to want a bomb-proof glass display case for your Fabergé egg, then Bulut can sort you out.