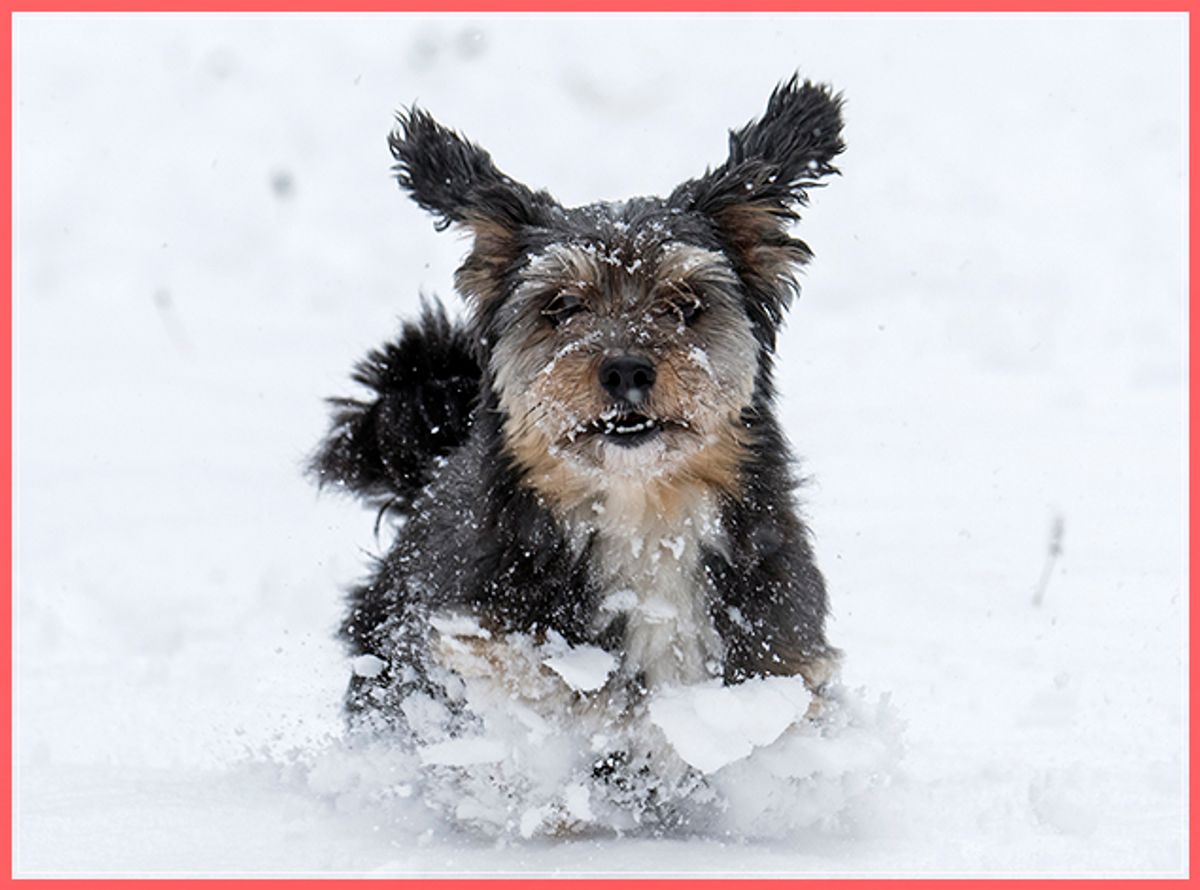 A dog runs in the freshly fallen snow in the Thuringian Forest near in Oberhof, Germany, Monday, Nov. 7, 2016. Large parts of Germany were hit by heavy rain and snowfalls. (AP Photo/Jens Meyer) (AP)
-- Yes, here in the U.S. we are worried about things falling apart quite soon, the center not being able to hold much longer, the falcon not hearing the falconer — but at the world’s largest falcon hospital in Abu Dhabi, at least, things are in proper order. The hospital serves more than 11,000 falcons every year, and has treated more than 86,000 winged patients since its founding in 1999. Falconry has deep roots in Arabian Gulf culture — the Gilgamesh Epic (circa 2000 BC) includes references to bird-of-prey hunting in what’s now Iraq — and the sport thrives in the Emirates. It’s estimated that about half of the world’s current falconers practice in the Middle East. I ran distance for a couple of years in college before I was effectively kicked off the team because of my "toxic" attitude. I used to puke after every race — whether it was an outdoor 8k or indoor 1k — and once during an indoor mile. In hindsight, I have no clue why I kept running.

Cannon Ball, North Dakota   Stephanie Keith/Reuters
A protester holds up a mirror while participating in the Dakota Access Pipeline protest on the Standing Rock Reservation As protestors continue to shine a light on the proposed pipeline at the Standing Rock reservation, their plea for humanity is echoed in the simple act of holding up a mirror. And the challenge, reflected in that mirror and in so much of the discourse across the nation this year is, "Look at us. Is this who we are?" LOOK AT THIS GOOD DOG! I don't know its name or gender, but I'll call him Dieter. Look at Dieter go, prancing through the snowbound Thuringian forest, ears flapping, completely oblivious to any sort of existential political crisis that might be unfolding around him. He is content merely to be alive and to have fresh snow crunching beneath his Teutonic paws. As we stand on the edge of political catastrophe, I find myself I aspiring to this blissful ignorance. I hope to one day be like Dieter.