Donald Trump will carry Texas on Tuesday. But on the ground, black, brown and LGBT activists forge a new reality 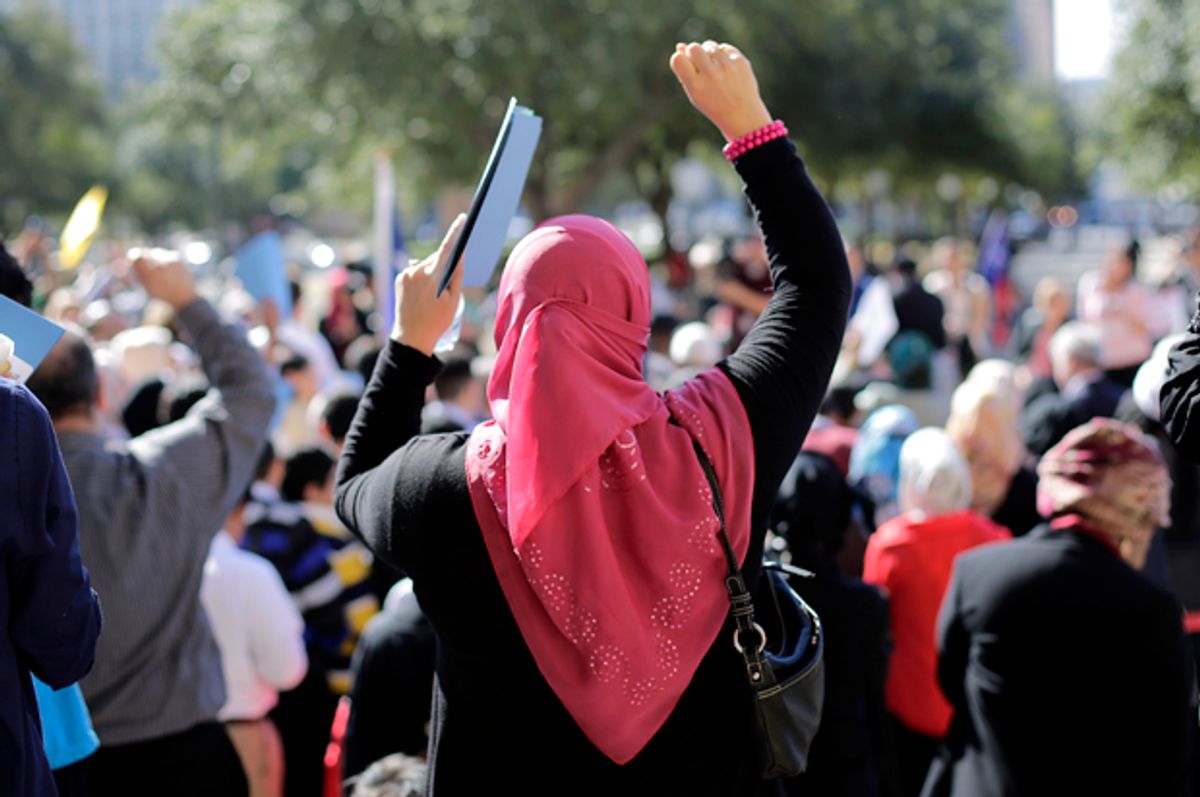 A new electoral map might be in the making. As the numbers come in, we might see something interesting happening in places like Harris County in Texas. That's the large urban and suburban county that includes Houston — with an estimated population of 4.3 million, making it the third-most populous county in the United States.

Traditional electoral analysis has shown Texas as an immovably red state for decades now and it looks like Republican presidential nominee Donald Trump will take the state this year. But note only of the Electoral College tally, and you could miss the fact that Texas cities are changing and not without meaningful consequences for local elections.

Texas is breaking all early voting records. By the fourth day of early voting in the state, more voters had gone to the polls than in the first seven days of voting in 2008. Uncharacteristically, this year’s early votes favor Democrats rather than Republicans. In Houston so far, more than 1 million people have voted early. Some of this is surely enthusiasm for and against the presidential contenders.

But local activists are adding some depth and new perspectives on the shifting political landscape in Houston in particular and Texas in general. While the rest of the country is waiting with bated breath to find out about the outcome in the presidential election, local activists are turning their attention to their city and county races and making new alliances across issues and identities.

One of these key issues is the way the Harris County criminal justice system operates. Frances Valdez, a local attorney and a member of United We Dream Houston, said, “When you look for the root causes for so many of the criminal justice issues that affect communities of color, like police brutality, unfair policing and unjust immigration and detention policies, you learn that all our issues come together at the county level.” To that end, United We Dream’s Houston chapter is working with racial justice organizations like Black Lives Matter in Houston and Truth2Power.

Biko Mandela Gray, a doctoral candidate at Rice University and an activist with Truth to Power, told Salon that local organizations are making important strategic alliances, “We work with other communities by developing parallel campaigns that speak to our shared interests . . . because they served the same goal — to stem the tide of mass incarceration for people of color in this county.”

Greisa Martinez, advocacy director of United We Dream, shared this perspective, “We know intersectional, cross-racial movements work. We understand that complex racial problems the country is facing now will require complex solutions that are grounded in a simple tenet: Black and brown people must live with dignity and safety.”

Brandi Holmes, an organizer for Truth2Power and Black Lives Matter in Houston, said that by focusing on local races, activists could bring about real change. Electing local officials such as district attorneys and sheriffs who "choose to address the issues affecting black and brown folks could change the entire system," she said.

If the DA and "sheriff choose to implement 'cite and release' [rather than seeking jail sentences for minor offenses] you would see a reduction in the jail population. Which translates to less black and brown folks being locked up,” Holmes said.

The “cite and release” policy that Holmes mentions is H.B. 2391, which enables law enforcement officers to give out citations instead of arresting people charged with low-level misdemeanors. “Sadly, Harris County and the Houston Police Department have yet to implement this practice," Holmes said. "If they did, it would result in fewer black and brown folks sitting pre-trial in jail."

Harris County's current jail population is about 68 percent black and Latino, Holmes said, although the county's general population is more than 50 percent white. Just last week Harris County Sheriff Ron Hickman asked the Texas State Jail Commission to allow nearly 200 inmates to sleep on plastic cots on the floor of the already overcrowded county jail system. So a “cite and release” policy could both alleviate overcrowding and save the taxpayers money.

To that end, community activists have begun creating joint campaigns and signing onto one another’s campaigns. Fran Watson, attorney and president of Houston’s GLBT Political Caucus, said these issues of unjust incarceration affect the LGBT community as well.

“The incumbent Harris County officers seem to be fine with the status quo," she said. "People are stuck in jail for low-level offenses because they cannot make bond, which by the way disproportionately affects communities of color.  Sheriff Hickman has sought to undo all the progress [set up by his predecessor] Sheriff Garcia with respect to creating a safe space for LGBTQ people, particularly trans people who are arrested and brought to jail.” The Houston GLBT caucus has endorsed Hickman’s opponent, Ed Gonzalez, for the seat this year.

Hickman’s policies also affect the immigrant community disproportionately and unjustly, says Angie Junck, supervising attorney at the Immigrant Legal Resource Center: “Local law enforcement policies further criminalize and marginalize immigrant communities of color, not only by facilitating their disparate treatment within the criminal legal system, but also by leading to their double punishment in the form of deportation, detention and often permanent separation from families and communities.”

Concerning the Section 287g policy of Immigration Customs Enforcement, which enables the sheriff’s department to deputize officers as ICE agents, Junck sees a clear connection between the targeting of Latino and immigrant communities and targeting of the black community.

Stephen Klineberg, a demographics expert and sociology professor at Rice University, has described Houston as the most ethnically diverse major metropolitan area in the country but has also noted the vast class divide, saying, “Houston is on the front line, where the gulf between rich and poor is widest. We have the Texas Medical Center, the finest medical facility in the world, but we also have the highest percentage of kids without health care. The inequality is so clear here.”

Biko Mandela Gray told Salon these disparities are evident in Houston’s jails, saying that more than three-quarters of people in the Harris County jail system are incarcerated simply because they are too poor to make bail. "Blacks make up 17 percent of the county [population] while constituting just under half of the jail population," he said. "In the last six years, Harris County has deported more than 10,000 people.”

Gray said that the local district attorney, Devon Anderson, has the purview to make changes but hasn’t. The first chance intervention program gives people a chance to avoid a criminal conviction by completing eight hours of community service or completing an eight-hour class to avoid criminal charges. Yet Gray claims that the program isn't actually preventing people from being charged at all.  “Anderson touts her ‘first chance’ program as a tool to keep people out of jail, but as of now, it still serves more people who have already been arrested than those pre-charge. She could change this now — today — if she wanted to.”

While these local activists want to see big, social and political changes to the way the national criminal justice system operates, they know that change starts small. So they’re working together to leverage as much power as they can in their local elections.

Frances Valdez said that she wants Houston’s elected officials, and those all through Texas, to know their communities are not made up of single-issue voters: “Many of us hold multiple identities ourselves, like black, brown, queer, trans, undocumented and so many others, so you’re not going to be able to hold on to the idea that immigrants only care about immigrant issues, and queer people only care about LGBT rights and so on.”

Junck wants to dispel the myth that black and brown communities can’t or won’t work together. “Movements on the right rely on a splintered progressive movement to pit our issues against one another. We are made to believe that we can’t demand fundamental change to the system and that only a few modest reforms can be moved, often at the expense of one community for another,” she said.

Each and every one of these organizers, working across issues and identities like race, class, age, gender and sexual orientation aim to confound this belief. Whatever happens in the presidential election, Harris County’s local races will be ones to watch on Tuesday.