Obama's with her: President hits Michigan, New Hampshire and Pennsylvania for Hillary Clinton 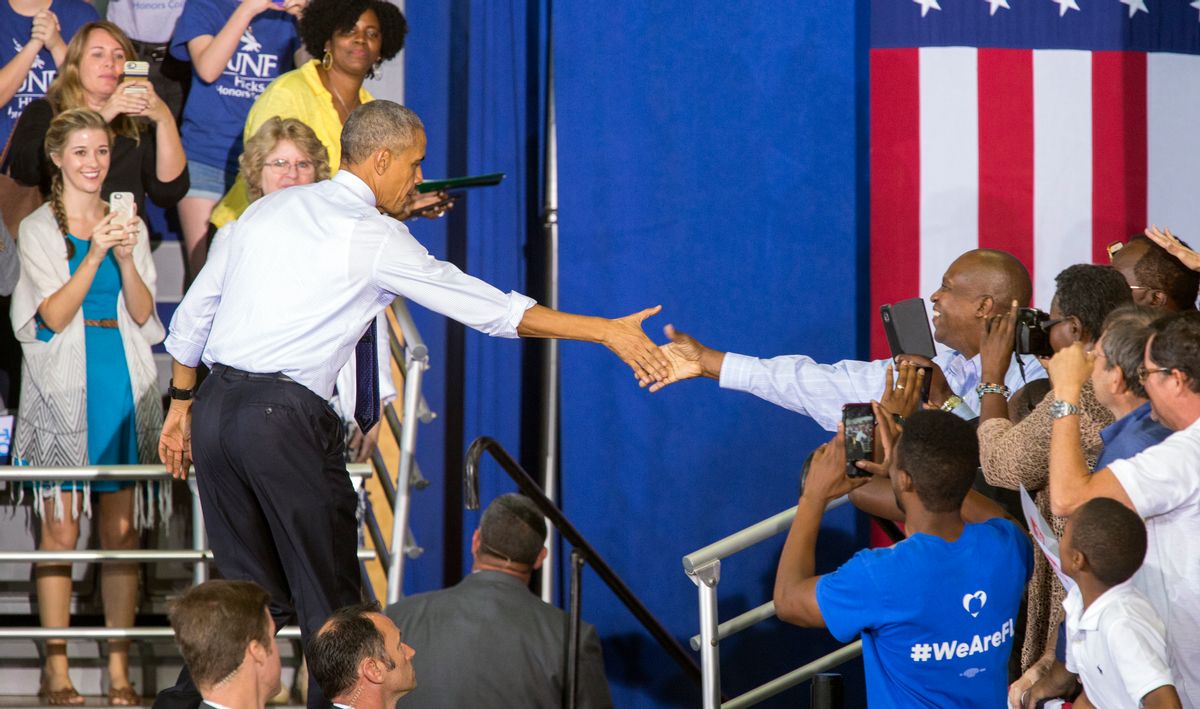 WASHINGTON — President Barack Obama is dashing across the country on the final day of the 2016 campaign in a final push for Hillary Clinton.

After starting his day at the White House, Obama will fly early Monday to Michigan to rally for Clinton in Ann Arbor. From there, he'll get to Durham, New Hampshire, for another Clinton rally.

Obama then heads to Philadelphia to end the campaign with a bang. He and Michelle Obama will appear together, alongside Hillary, Bill and Chelsea Clinton.

The final-day focus on states like Michigan, Pennsylvania and New Hampshire that Clinton has been expecting to win shows how Democrats are playing defense in the final days. The race has tightened and some Republican-leaning states that Democrats were hoping to flip now seem likely to stay Republican.