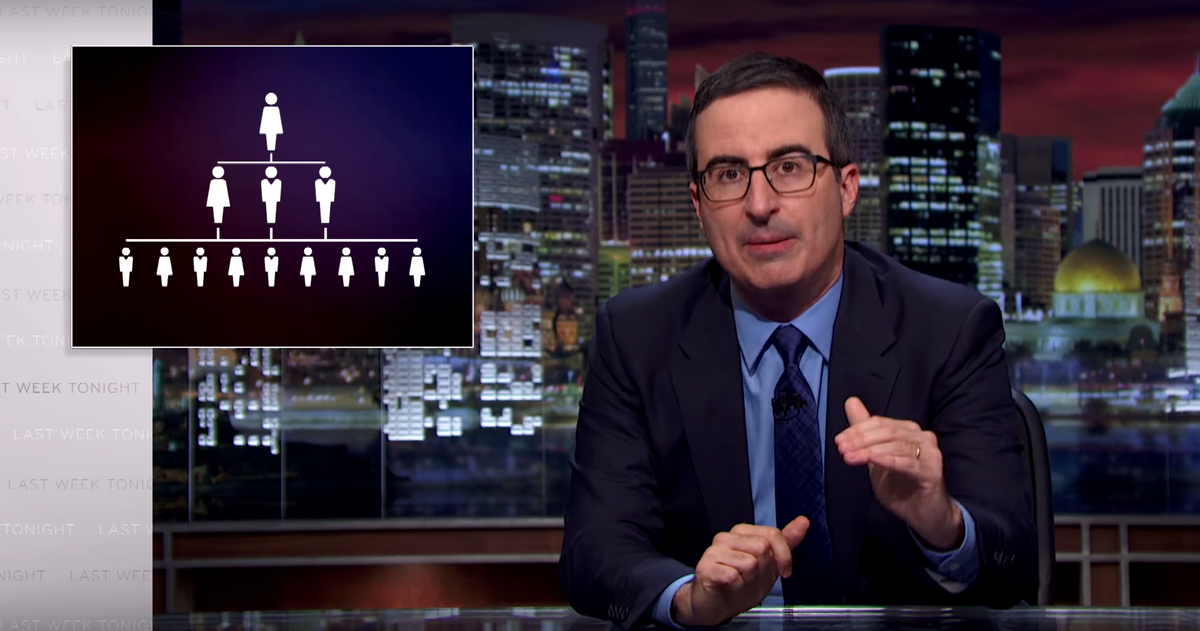 In 1985, facing criticism for overstating the product's health benefits, Herbalife founder Mark Hughes was summoned before a Senate subcommittee to answer to health experts — about whom he later asked, "If they're so expert in weight loss, why were they so fat ... ?"

And as ABC News discovered in its 2014 investigation into the company, independent distributors still overinflate Herbalife's health benefits. Undercover cameras at a training session in New York caught one distributor claiming Herbalife allowed her to become pregnant for the first time at age 40.

"From the outside, these companies do have the trappings of legitimacy," he noted. "Many have high-profile celebrity endorsers."

The range of celebrities touting the unverified benefits of Herbalife spans from Cristiano Ronaldo to former secretary of state Madeleine Albright, who consented being labelled "a product of the product" by CEO Michael O. Johnson.

"So forget studying at Columbia and Johns Hopkins," Oliver said. "If you want to be like the first female secretary of state, just chug a couple of vanilla-adjacent nutri-shakes a day and thank her in the morning."