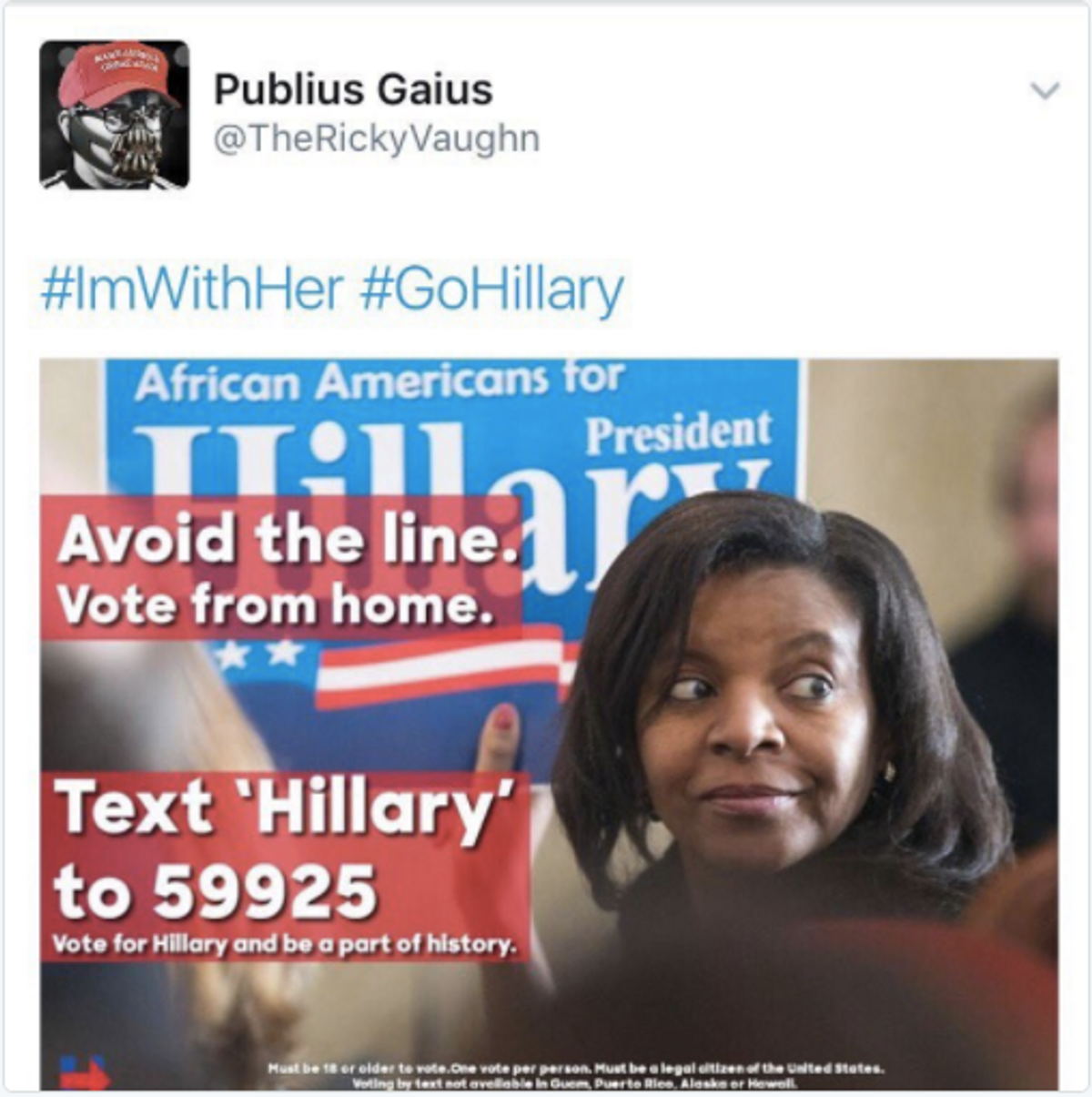 In the final week of the presidential election, misinformation and falsities are flooding social media, with Twitter becoming a dumping ground for pro-Donald Trump trolls trying to discourage voter turnout.

This is how afraid Trump supporters are. They're spreading fake ads saying you can text your vote. You can't. pic.twitter.com/FXKt5Sr81i

These tweets, masquerading as campaign ads, falsely suggest that voters can “avoid the line” and “vote from home” via text messaging. They specifically target Clinton supporters in a deliberate attempt to deceive Democrats.

As BuzzFeed News reported last week, the tweets appear to be in violation of Twitter’s rules, which state: “Twitter accounts portraying another person in a confusing or deceptive manner may be permanently suspended.” The tweets that claim to be “paid for by Hillary For President” could also be in violation of Federal Election Commission law.

In response to BuzzFeed News' request to comment, Twitter wrote in a statement:  “Our goal is to increase engagement in the election process and encourage voter turnout. We are tweeting now, and through Election Day, informing people how and where they can vote. We’ve launched several features recently to support this cause including our DM tool that shares specific voting locations, candidate information, and other relevant info to inform voters as they head to the polls.”

On the "Primary Sources" podcast with CNN's Brian Stelter, Lynn Sweet, the Washington, D.C. bureau chief for the Chicago Sun-Times, argued that Twitter is the biggest media story of the 2016 election.

"I think the biggest media story of this campaign is the rise and total control that Twitter has over the messages, which then influences Facebook and everything else," Sweet said.

In October, a Republican councilman in Murrysville, Pennsylvania shared a meme on Facebook that claimed: “You can vote at home comfortably online!” The councilman said that the post was tongue-and-cheek.