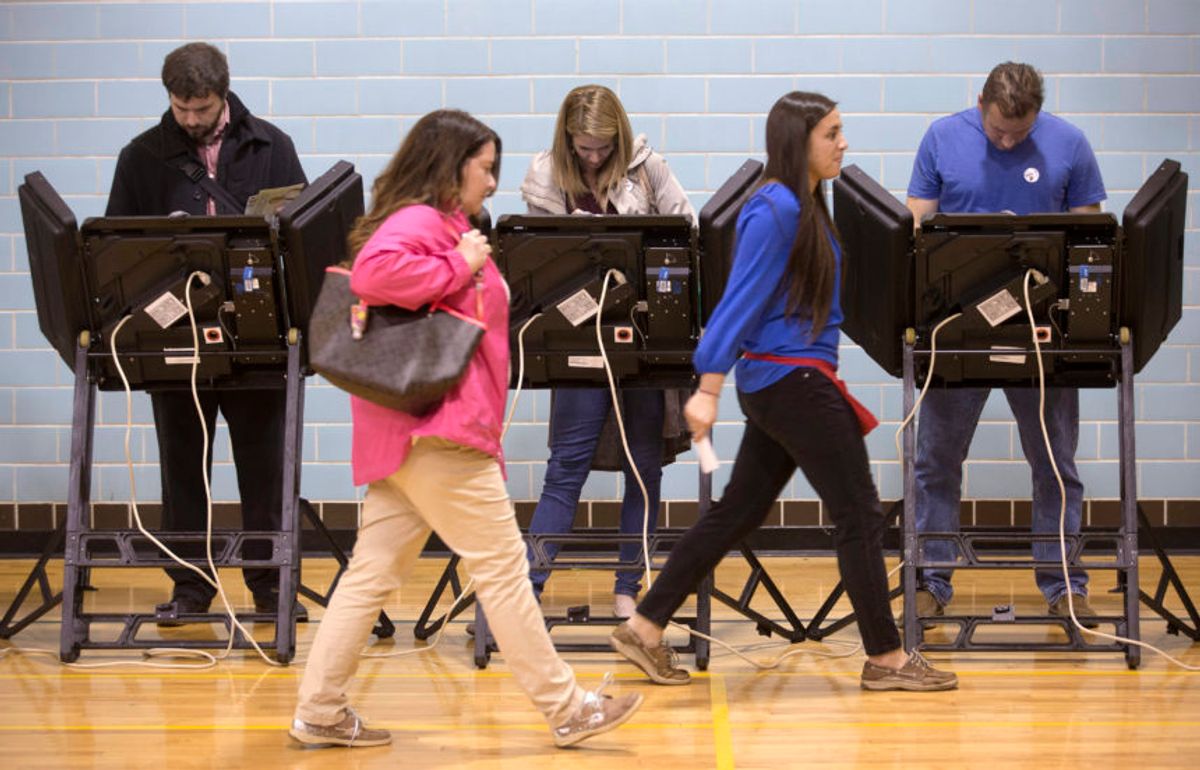 "There are reports that when people vote Republican, the entire ticket switches over to Democrats. You've seen that," the GOP nominee said.

Since the general election campaign began, Trump has repeatedly suggested that the results might be rigged. He has said that large-scale voter fraud and compromised voting booths are likely to steal the presidency from him.

In Lebanon County in Pennsylvania, voters have encountered some issues with electronic machines at polling places, according to the Lebanon Daily News. A problem with the calibration of the touch-screen machines apparently caused five or six machines to represent straight Republican tickets as straight Democratic tickets.

In each case, the problem was resolved and the voter was able to change his or her ballot, the director of the Lebanon County Bureau of Elections said.

The reports do not seem to suggest a national epidemic of faulty or unreliable voting booths. The hiccups some voters are experiencing at the polls are usual machine breakdowns.

During Trump's interview with Fox News' Martha MacCallum, the candidate suggested these isolated reports are harming his presidential bid.

"They’ve had a lot of complaints about that today," Trump said. "You have to be careful. We have to see what it is."

The truth is, talk of rigged electronic-voting machines is a recurrent complaint from Republicans.

When asked if Trump would accept the results of the election, Trump demurred today.

Watch the interview below, via RealClearPolitics: