UPDATE: Donald Trump claims to have been endorsed by Tom Brady, Bill Belichick

Brady, Trump said, endorsed him over the phone; Belichick, in a letter 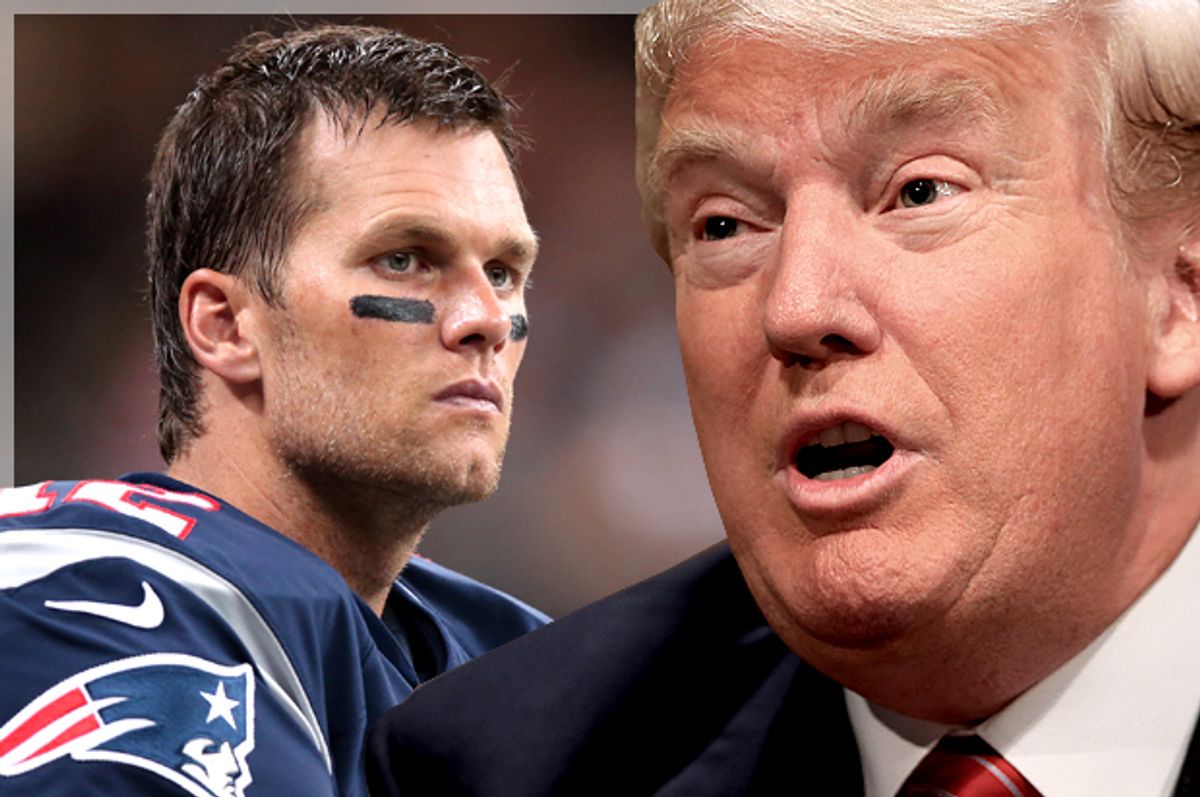 "Congratulations on a tremendous campaign," the Republican presidential nominee read from a letter he said he received from Belichick on his "Trump"-emblazoned plane to New Hampshire. "You have dealt with an unbelievable slanted and negative media and have come out beautifully. You’ve proved to be the ultimate competitor and fighter. Your leadership is amazing. I have always had tremendous respect for you, but the toughness and perseverance you have displayed over the past year is remarkable. Hopefully tomorrow’s elections results will give the opportunity to Make America Great Again."

Trump claimed Brady gave his endorsement over the phone earlier that same day. He paraphrased for the crowd.

"Tom Brady, great guy, great guy. Great guy, great friend of mine — great, great champion. Unbelievable winner," he said. "He called today and he said, ‘Donald, I support you, you’re my friend, and I voted for you.'"

"And I said, 'So Tom. You voted for me, you support me, am I allowed to say it tonight at this massive crowd in New Hampshire?'" he added. "He said, 'If you want to say it, you can say it.' OK? Tom, that’s what a champ is all about."

As Business Insider noted, "Brady and Belichick would be among the highest-profile endorsements Trump has received throughout the campaign."

Early on during the primaries, Brady garnered unwanted attention for a red "Make America Great Again" hat in his locker, which he claimed to have gotten from Patriots owner Robert Kraft. Asked if the hat was to be taken as an endorsement, Brady declined to say.

UPDATE: CSN New England has confirmed that Bill Belichick "did indeed drop a note to Donald Trump on Monday."