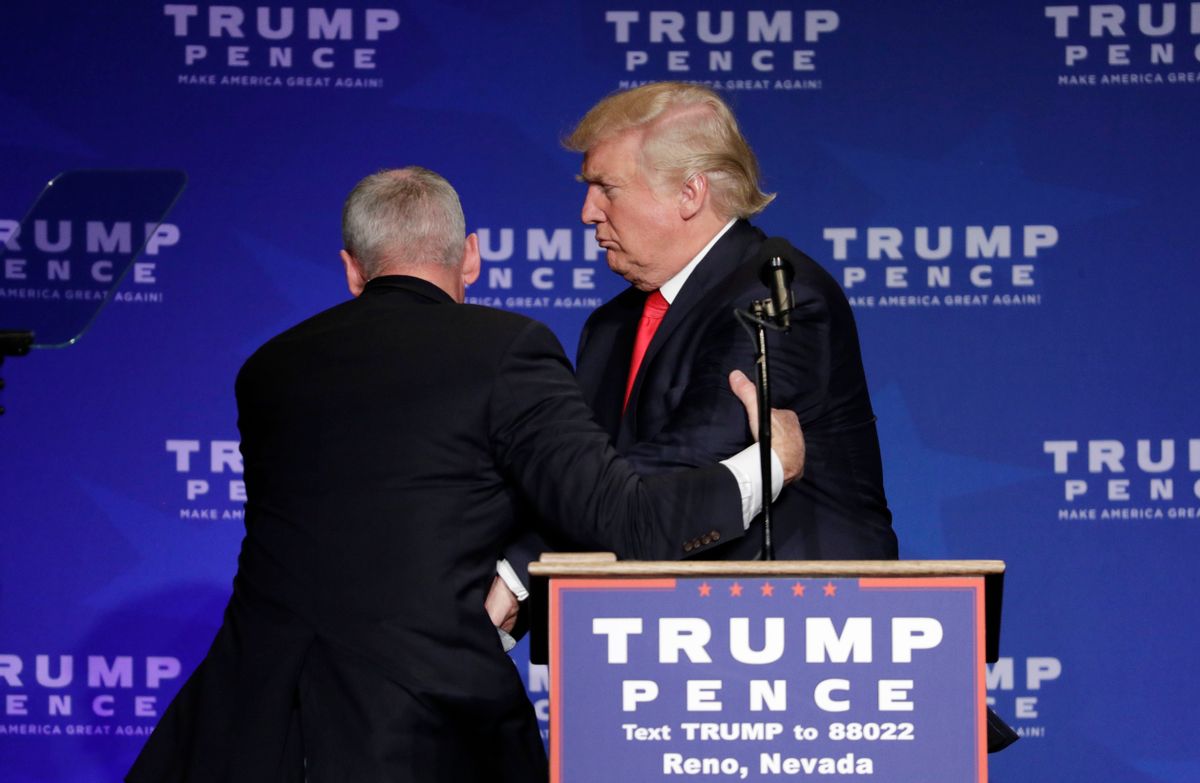 Donald Trump on Tuesday officially launched his campaign to sue his way to the Oval Office. Step one: sue the Clark County (Nevada) Registrar for keeping its polling places open "2 hours beyond ... closing time," according to CNN's Jim Sciutto:

At rally for the Republican presidential nominee in Reno on Saturday, chairman of the Nevada GOP Michael McDonald bemoaned the fact that Clark County — which has a large proportion of Latino residents — "kept a poll open till 10 o’clock at night so a certain group could vote."

Where McDonald failed to do so, The Intercept's Robert Mackey explained that "polls routinely stay open late to allow anyone waiting in line when they close to cast their ballots."

Trump then took the stage in Reno and bumped McDonald's baseless whining.

"It’s being reported that certain key Democratic polling locations in Clark County were kept open for hours and hours beyond closing time to bus and bring Democratic voters in," he added. "Folks, it’s a rigged system."

As the Sheldon Adelson-owned Las Vegas Review Journal — the only major paper to endorse Trump — noted, "More than 57,000 Clark County voters had cast ballots as of 10 p.m. Friday, the final day of early voting in Nevada," easily setting the record for single-day early voter turnout there.