"HER NOT HIM": Miami Herald drops the mic in endorsing Hillary Clinton

One of Florida's biggest newspapers makes one of the biggest announcements 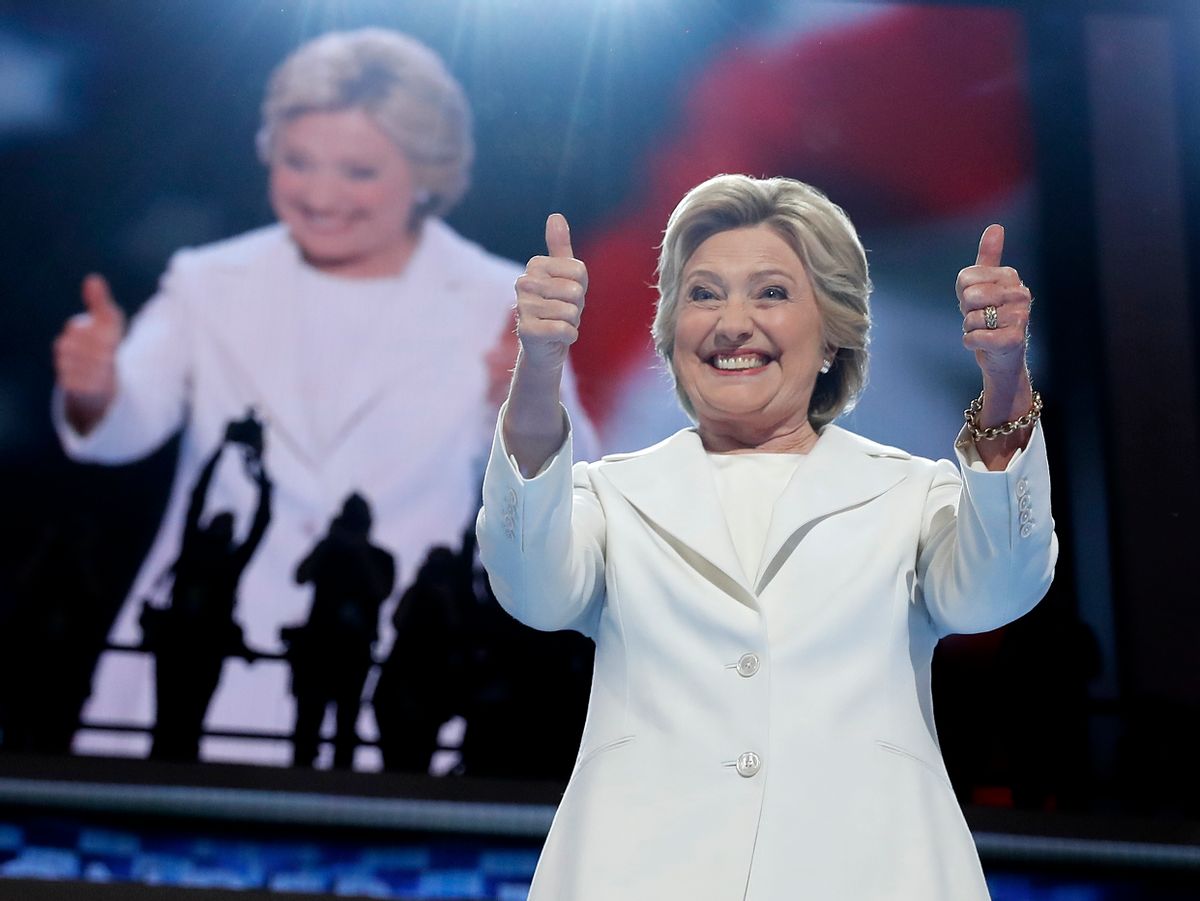 FILE - In this July 28, 2016, file photo, Democratic presidential candidate Hillary Clinton gives her thumbs up as she appears on stage during the final day of the Democratic National Convention in Philadelphia. Every presidential race has its big moments. This one, more than most. (AP Photo/Carolyn Kaster, file) (AP)
--

Tuesday morning, the Miami Herald editorial board released their endorsement of Democratic nominee Hillary Clinton for president on the Opinion page, and they couldn't have printed their choice more clearly.

The opinion page featured two black and white photographs of the candidates and five words: "HER. NOT HIM. ENOUGH SAID."

Democratic nominee Hillary Clinton and Republican nominee Donald Trump have been avidly campaigning in the battleground state of Florida in the past few weeks. Polls averaged on Nov. 6 indicated that Trump was leading Clinton by one point (47-46). In the 2000 election, Florida was decided by a thin margin of 537 votes.

With 29 crucial electoral votes, Donald Trump will live or die by the Sunshine State.

In 2012 and 2008, Florida voted for Democratic President Barack Obama.

“If Hillary wins Florida, then most likely Hillary is going to be the next president of the United States, and it is going to be a short night,” Aubrey Jewett, a University of Central Florida political science professor, told The Washington Times.

“If Trump wins Florida or is ahead in Florida, then the race can go well into the evening, and he certainly has a shot of winning overall.”