WATCH: People are lining up to place "I voted" stickers on Susan B. Anthony's headstone 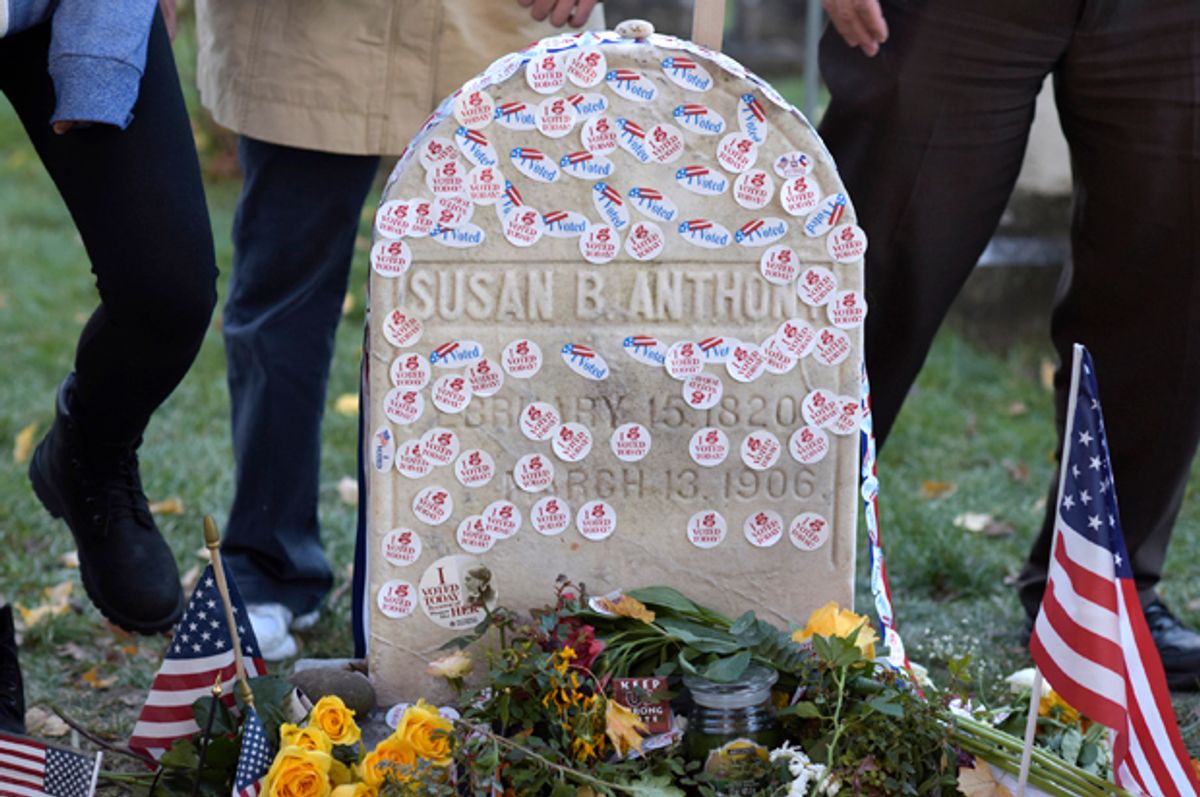 People are lining up to place "I voted" stickers on Susan B. Anthony's grave in Mount Hope Cemetery in Rochester, New York, after going to the polls Tuesday.

Anthony devoted her life to fighting for women's suffrage in America. She was never able to vote in her lifetime, much less see the first woman run for president.

This year's election marks an important moment in history, the first time a woman (Hillary Clinton) has become the nominee for president of a major party.

News 8 WROC Rochester posted a Facebook live stream of the emotion-filled phenomenon — of people waiting to post their stickers paying tribute to Anthony.

Our @AshleyEdlund is at Susan B. Anthony's grave. Check out the line of people waiting to leave their "I Voted" stickers: pic.twitter.com/2H3CQIMk5B

Voters brought "I'm with her" signs and 2016 Hillary Clinton posters to take pictures at Susan B. Anthony's grave site. Mini American flags and flowers serve to decorate the area around the headstone.

People began lining up outside Mt Hope cemetery in #rochester before 6 am. Want to pay respects to Susan B Anthony #Election2016 pic.twitter.com/FpzsUCu0ea

She petitioned Congress every year from 1869 to 1906 for a women's suffrage amendment. Susan B. Anthony was arrested for trying to vote in 1872. The 19th Amendment to the United States Constitution, which guarantees women the right to vote, passed in 1920, 14 years after Anthony's death.