A nation gone wrong in a world gone crazy: A first reckoning with how the hell this happened

A global wave of rage hits America, and I won't pretend I saw it coming. Now we must face the unthinkable 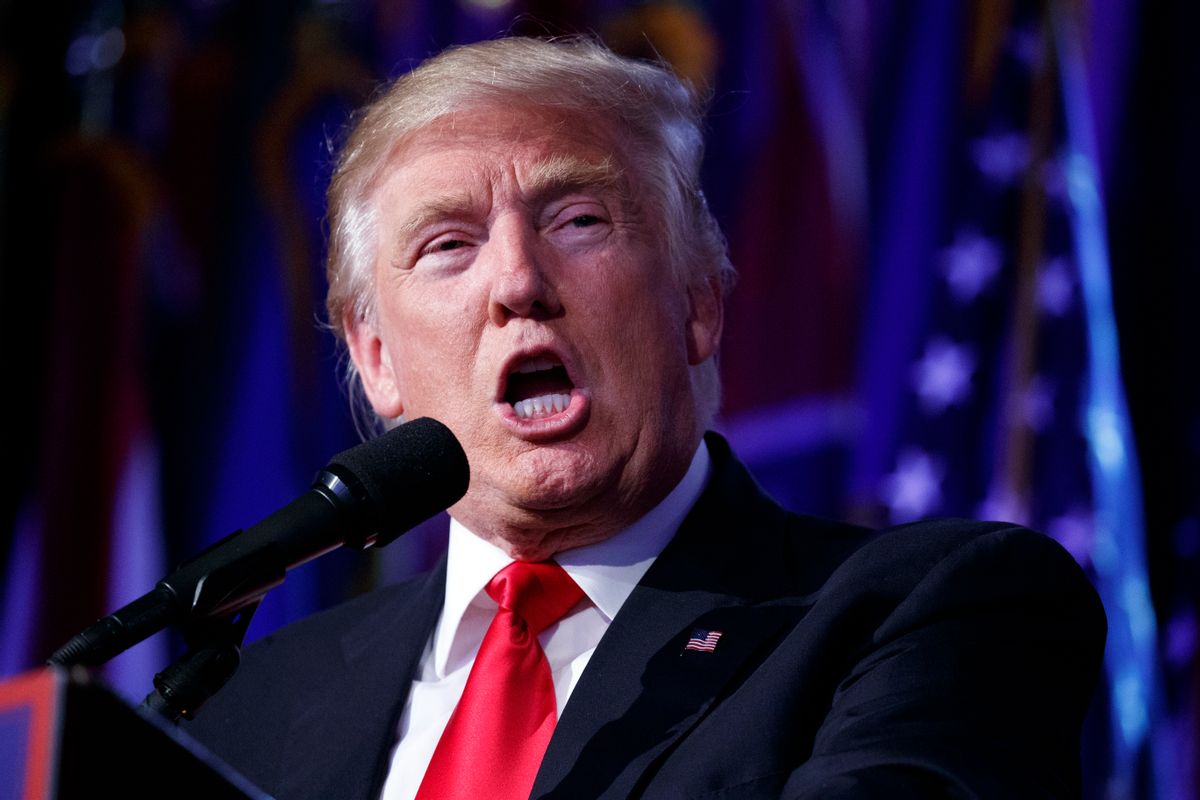 When I'm wrong, I'm wrong. Yesterday I woke up thinking that the United States would elect a new president and remain a mostly respected world superpower and a reasonably stable global economic leader. I looked at the polls and believed that the chances of Republican nominee Donald Trump winning were so remote that it was not worth thinking about. So I wrote a piece assuming that Democrat Hillary Clinton would win, something I am usually careful not to do. So, of course, the unthinkable happened.

On the news that Donald Trump will be the next president of the United States, stock market futures nosedived, the dollar plunged and the whole world is in shock. We wake up today to a fundamentally different world than the one in which we woke up yesterday. The nation our allies looked to as the guarantor of global security will now be led by a pathologically dishonest, unqualified, inexperienced, temperamental, ignorant flimflam man. Things will never be the same. And we have no idea at the moment exactly what form this change is going to take, which makes this all very, very frightening.

I don't know what went wrong and it doesn't appear anyone else does either. The polling showed a close race but it didn't predict the massive upsurge in voting by white noncollege-educated Americans, including women, who voted for Trump yesterday. There were so many of them it was enough to offset the gains the Democrats made among Latinos and college-educated white people. The diverse coalition of people of color, liberals and women that I smugly predicted would win the day yesterday was not enough.

The talking heads are all explaining this as an anodyne "change" election. The Democrats were in power for eight years and people just wanted something else. And they are angry about trade and elites and Washington. But this Quinnipiac poll from last spring actually indicates something more fundamental than that:

A total of 57 percent of all voters "strongly agree" or "somewhat agree" with the statement, "America has lost its identity," as 43 percent "somewhat disagree" or "strongly disagree." Among all Republicans, 79 percent agree, while only 36 percent of Democrats agree. The highest level of agreement is expressed by GOP supporters of Donald Trump, as 85 percent "agree," the independent Quinnipiac University Poll finds.

The pattern continues as 62 percent of all voters, including 85 percent of all Republicans and 40 percent of Democrats agree that their "beliefs and values are under attack." Ninety-one percent of Trump backers agree, the highest of any candidate.

"Many American voters, especially Republicans, are dissatisfied with their own status and the status of the country, but by far the most dissatisfied are Donald Trump's supporters, who strongly feel that they themselves and the country are under attack," said Quinnipiac University Poll Director Douglas Schwartz, PhD.

"Trump supporters are true stand-outs. They want a leader who is very different from the leader sought by other voters, explaining the mystery many see behind Trump's support," Dr. Schwartz added.

Agreement with the statement, "What we need is a leader who is willing to say or do anything to solve America's problems" is 53 percent among all voters, 68 percent among all Republicans and 39 percent among Democrats. Trump backers agreement is highest with 84 percent.

That's Donald Trump. And it explains why they like him. He is a nasty piece of work who will say and do anything. But they have confused Trump's winning with "solving America's problems." He's a con man who tells his marks whatever they want to hear — and they are the marks.

The rise of the global alt-right signals a major backlash against multiculturalism, modernity and technological change. It's happening around the world and now it's here.  Trump's campaign CEO, Steve Bannon, is the intellectual (if you want to call it that) leader of that movement in the U.S. and he has the president-elect's trust. So we will undoubtedly be talking much more about this aspect of his presidency as time goes by. But for the average American voters who came out in droves to vote for Trump, the backlash was mostly motivated by something simpler, which was articulated by one of their most admired leaders, the National Rifle Association's Wayne LaPierre:

There's no telling how far Obama will go to . . .  reshape America into an unrecognizable country before he leaves office. And when he's finished, he intends to go out with the coronation of Hillary Rodham Clinton. Yeah, I have to tell you, eight years of one demographically-symbolic president is enough.

They had had it with the "firsts." They wanted their country back and so they took it. And now they will build a big beautiful wall around it so they can keep the riffraff out.

I've been writing about Donald Trump nonstop for the past 17 months. I thought I had written my last words about him yesterday. But it looks like I've got another four years to go. I suspect there is going to be a lot to write about. He is a unique figure, a media creation and the product of  an ossified party, a rising movement and a polarized country that has been swinging wildly between two incompatible visions of America. Yesterday we went careening off into uncharted territory. It's going to be a bumpy ride.