Hillary Clinton gets blindsided by change again: How the White House — and so much more — was lost 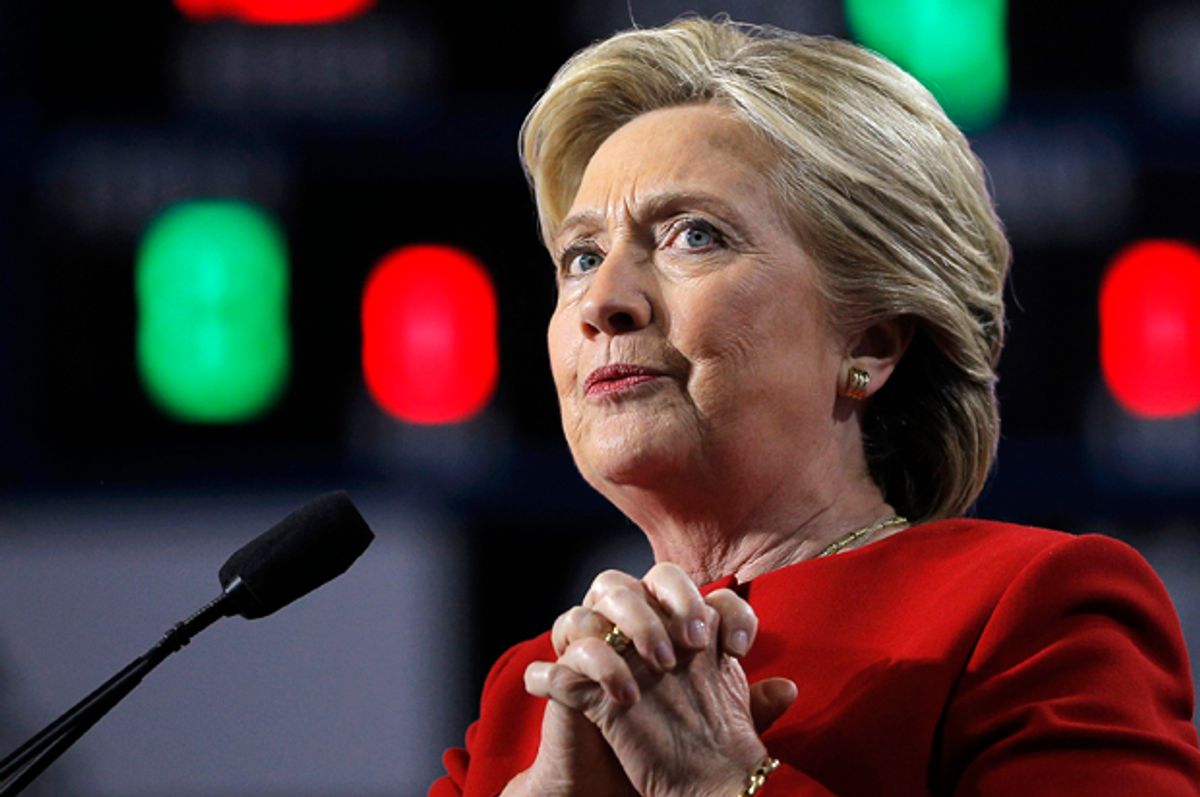 The American people, in their infinite wisdom, have chosen suicide.

There is no less dramatic way of describing it. Tonight, the American people have all but certainly handed the Oval Office, the most powerful office in the world, to an unstable, thin-skinned, narcissistic, impulsive, crazy person with a coterie of white supremacists and vicious, angry nihilists riding in on his coattails.

On top of that, we handed control of both houses of Congress to a party of right-wing reactionaries who will use their unified control of government to roll back every hard-earned right that America’s women and minorities have fought for over the last 200 years.

It’s kind of awe-inspiring in its way — like we’re living out the prequel to a series of dystopian YA novels.

Let us pause first to raise a glass to Democratic candidate Hillary Clinton and her long, frustrating, remarkable career. No woman has climbed as high in our society. She may have her faults; she may have compromised too many times — as if she could get this far as a woman in America without compromising.

But she is a smart and capable leader with more experience on the world stage than any candidate of my lifetime. She is respected in foreign capitals. She is respected even by Republicans in Congress, hard as that may be to believe given the way they have attacked her again and again and again. She has been beaten up by them for 25 years with some of the most scurrilous and flat-out false attacks, and was still standing, ready to grab the brass ring and become the first female president of this country.

Yes, the fact she is a woman is symbolic. Considering the way women have been treated as chattel for so much of our history, it was a pretty damn important symbol. No matter if you didn’t like her or respect her achievements, you still had to admit that this moment was overdue in America. Clinton persevered and came within an eyelash of shattering that glass ceiling.

Just as she was the wrong candidate to turn back the wave of change ushered in by Barack Obama in 2008, she was the wrong leader for this dark and angry time, the wrong person to try and keep the lid on all the anger roiling beneath the surface of the country and occasionally bursting through the surface like a Yellowstone geyser. That she will now go down in history as the candidate who lost the White House to a nugget of orange-flavored saltwater taffy who conned his way into the office and is as likely to loot the national Treasury as restore any balance to it is such a painful humiliation and payback for a lifetime of service that one cannot even comprehend it. The mind just recoils.

It recoils, too, at everything this country has built and fought for that is now at risk.

Military alliances that have stood the test of decades, that won the Cold War and held the world’s nations in as much of a balance as is possible with a species so bent on self-destruction as ours: gone.

Shut it down, turn off the lights, America. We had a sort of OK run.

Donald Trump is going to be the 45th president of the United States.

The Founding Fathers aren’t spinning in their graves because they are too stunned to move.

There were warning signs this was coming. On a global scale, the Brexit vote in Great Britain last summer signaled a discontent among certain groups with open borders and free trade. Right-wing nationalism is on the rise in European countries. There is an anger that has been simmering and occasionally exploding in Western democracies.

But it pales next to the anger in the United States. We have been the strongest member of that liberal postwar order, and at the same time our people have become more and more disconnected from it. Everything our government has tried to hold it together, to balance its duty to the people and its duty to the rest of the planet as the only superpower on it, to manage and muddle our way through a changing world, was not good enough to slake that rage, as misplaced as much of it may be.

We could do the most damage to the postwar order, far more than anyone else, in one fell swoop. And we just did.

There will be plenty of blame and recrimination to go around. The finger-pointing has already started. Clinton, as hard as she worked, didn’t reach out to working-class voters enough. The media normalized Trump and didn’t spend enough effort calling out his bigotry. James Comey, the FBI director, put his thumb on the scale. The Democrats thought they could win with a smaller share of the white vote. They should have nominated Sen. Bernie Sanders. Et cetera and so forth.

But at some point, this country is an experiment in self-government. The people who elect our leaders have to take responsibility for their decisions. Whether out of anger or spite or misogyny or a racist backlash to the first African-American president now approaching the end of his time in office, at the end of the day it is the people who elected Donald Trump, an unqualified bigot, to the most powerful position in the world.

We all own that choice. God help us.