How am I supposed to teach my son about consent now?

I want my son to grow up to respect women's bodies. Donald Trump's victory is a devastating blow to that work 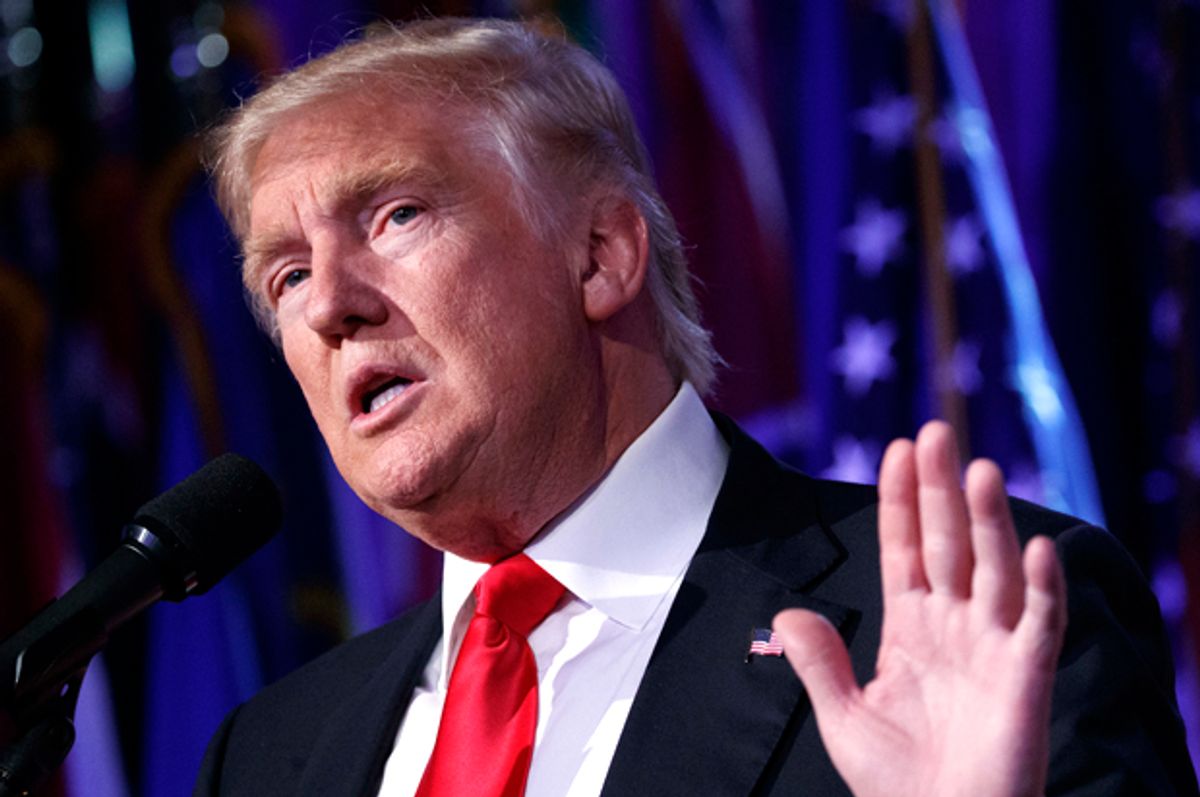 In the wake of yesterday’s election results my friends with daughters have been posting online wondering how they’re going to protect them in a world where a man who admits to groping and violating women’s bodies can be elected president. I do not have a daughter, I have a son, but I, too, am scared.

When I found out I was pregnant one of the first questions I asked was “How soon can I find out the baby’s gender?” I wasn’t thinking in terms of pink or blue, nursery decor or baby bunting. No, I was thinking ahead to the day when I’d sit down on the couch next to my child and have the "talk": the birds and the bees, sex, puberty and consent talk. And I was scared.

I am a rape survivor. I fretted about how I’d explain to a daughter what my "first time" was like when it wasn’t consensual. I had no frame of reference for a good first-time experience, but I didn’t want to leave her scared and apprehensive by sharing mine.

When the 20-week ultrasound showed a little penis sticking straight up, I breathed a sigh of relief. I told my ex-husband that since the baby was a boy he could handle it. But over the course of the final months of my pregnancy, I realized that I had responsibility to talk to my son about sex, too. If I had been planning to teach my daughter how to not get raped I also needed to teach my son how not to rape.

I read articles and formulated ideas about how to teach him bodily autonomy. Since he was a young age I have stopped tickling when he asked me to, taught him that "if someone tells you something about their body, you listen," and put him on time outs if he hit or bit me during a temper tantrum. If he told me he didn’t want to have his hair cut, I told him it was his body and let it grow long.

On Sunday I took him with me to stand in line for an hour and 20 minutes to vote for the woman I hoped would be our first female president. While I stood there, keeping an eye on him while he ran off to play Legos in the grass or skipped in circles with other waiting children, my heart was so full. He’s only 5 years old and I thought to myself: The only presidents he will know in his lifetime will be a black man and a woman. Huddled before the three-sided cardboard stand that protected my ballot from view I pulled him in by my side and had him watch while I filled in the bubble for Hillary Clinton.

“Why are you voting for her, Mommy?” he asked me.

“Lots of reasons, honey. But one of them is that the man running against her, Donald Trump, doesn’t think that Mommy has a right to make decisions about her own body.”

Yes! I thought to myself. I’m doing this. I’m raising a son who understands consent. We walked out of the polling place and got ice cream to celebrate. I wore a pantsuit on Tuesday.

And it will not matter if Trump cleans up his language publicly. It will not matter that it will take years for my son to hear the phrase "grab her by the pussy" or that Trump will be out of office by the time he enters puberty. He will learn about these events in the history books. And if the percentage of voters who sided with Trump is any indication, he will grow up surrounded by people who think that this behavior was and is OK. He will learn that a deficit of morals and character does not prevent someone from holding the highest office in the land.

Because it is not what we do or say in public that reveals our true character. It is what we do when we think no one is looking — behind closed doors, with a girlfriend who perhaps had too much to drink, or a wife who has said no that night. In a voting booth, when no one is looking over our shoulder.

When my son does something wrong, I talk to him about consequences. If possible, I fit the punishment to the crime.

He got into the Halloween candy after being told to wait until after dinner? It goes up on top of the fridge and he doesn’t get any for two days.

He hit me with his light saber? Into the "time out" toy box it goes. But I also sometimes let him fall off the couch and bump his head when he’s breaking the rules and climbing along the back. I’ve let him experience the negative consequences of his actions on more than one occasion as long as I knew he wouldn’t get too badly hurt. My job is not to shield him but to prepare him.

Yesterday when white men and far too many white women walked into the voting booths they did not do the right thing. Actions have consequences, and in this case the consequences of last night’s election will be far-reaching. As I tuck my son into bed tonight I will have to explain to him that, no, we will not have the first female president and that the bad guy won. My job as a parent of a boy just got infinitely harder.

America, you are lacking in character. I can only pray that I and my friends who are also raising children do a better job with the next generation.