Hey, Ohio! Make me, a millennial, want to move to you

Don't tell us we need to relocate to Columbus to turn swing states blue. The brain drain is not our cross to bear 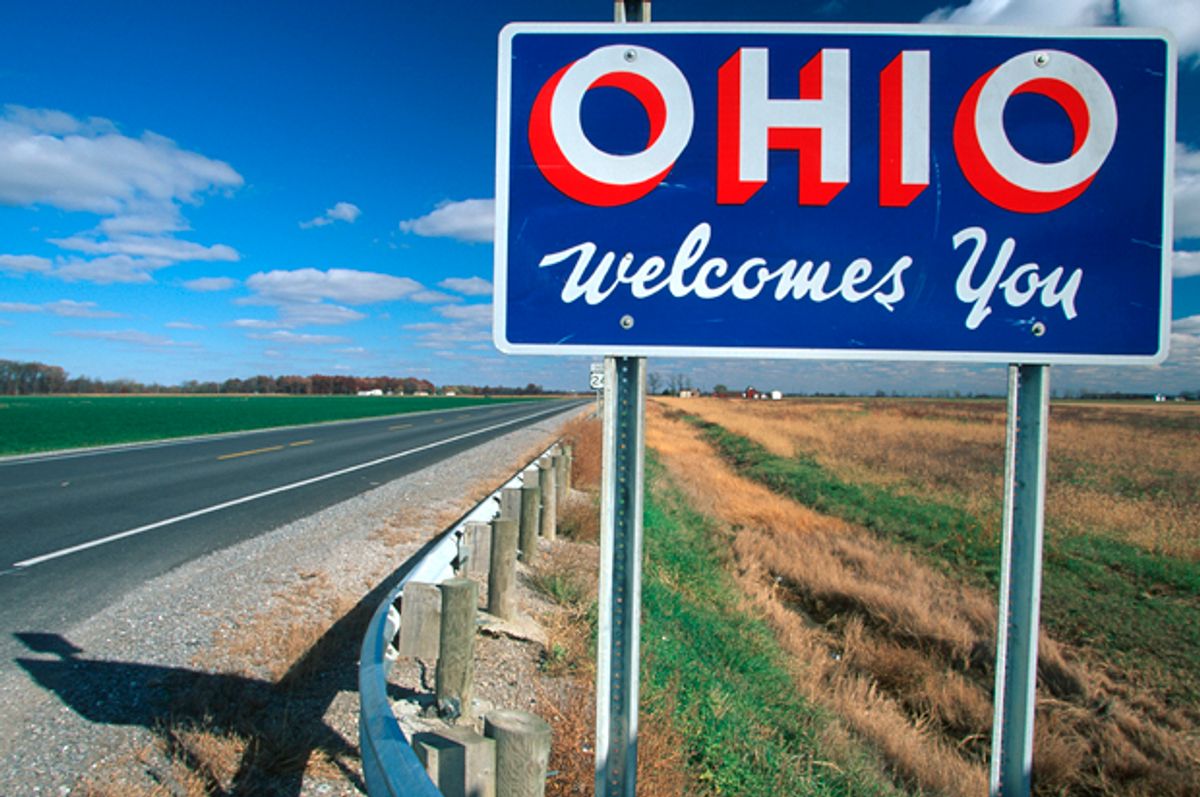 Millennial turnout on Tuesday was down bigly — at least partially because the Democratic National Committee blacklisted the only candidate around whom millennials coalesced. According to MSNBC exit polling, Democrat Hillary Clinton led the Republican rival among "voters under age 30, 51 percent to 34 percent — a smaller percentage than President Barack Obama did in 2012."

Hillary Clinton's problems didn't begin or end with millennials, but media outlets blindsided by Trump's victory would have you believe millennial voters committed a cardinal sin by living in or moving to blue states.

The 10 U.S. cities with the highest concentration of 25- to 34-year-olds are located in states that Clinton carried on Tuesday. The problem, apparently, is distribution. Are Boston and San Francisco supposed to send their extra millennials to Tampa, Florida, or Raleigh, North Carolina, to tip the electoral scales in 2020?

Slate's Will Oremus on Wednesday told "liberals" to "move to a swing state" instead of Canada to prevent President Donald Trump Part II.

There's an analogy to be contrived from his argument.

Clinton is the Columbus, Ohio, of Democratic candidates, in that both aren't marketable to millennials. And Clinton's shifting stance on the Trans-Pacific Partnership, for instance, is like a new micro-apartment complex downtown. No amount of bike lanes will make Columbus, despite its large state university, a cultural and industrial mecca competitive with, say, New York City's Brooklyn or Los Angeles.

Oremus suggested that we "forget Toronto, Montreal, and Vancouver" and instead "move to Milwaukee, Atlanta, or Raleigh." (Even with Wisconsin, Georgia and North Carolina wins, Clinton would have earned 269 electoral votes and left the vote up to the Republican-controlled House. But I get his point.)

The Ohio-born Oremus "moved to California for college and New York for work" and admitted that he's "part of the problem." But he's not to blame, necessarily. Had he stayed in Ohio — telecommuting aside — what's the chance he'd be a senior tech writer for a prominent media company?

In cost of living terms, cities like Pittsburgh (which, he said, "has emerged as a hub for self-driving cars and medical research") during economic upswings ought to be fiscally sensible places to relocate, but the earnings potential in a diverse pool of industries isn't necessarily there. Millennials involved certain industries might be persuaded to Pittsburgh for those unique opportunities. But picking the city first and then trying to make it work is a tough sell.

Oremus cited a New York Times op-ed in which Alec MacGillis said, "The people who are most likely to move for better opportunities are the highly educated" and that level of education is "increasingly correlated with voting Democratic."

Meanwhile, nearly half of millennials ages 18 to 29 reported that they or someone in their household have student loan debt, according to the Harvard Institute of Politics. Far fewer baby boomers and Gen Xers carry with them the same level of education-related financial baggage. So what are swing states offering millennials besides lifestyle marketing campaigns? Millennials desire careers that will make it more worthwhile to live in a particular place (in terms of their student loan debt) than they want a "booming" craft beer scene.

It shouldn't be seen as the responsibility of millennials to solve red state brain drain. That millennials should follow "self-driving cars" to Pittsburgh for the good of the country is an argument that looks good only on paper. Boomers' social and economic policies made red states uninhabitable for millennials. It's going to take meaningful change, not bike trails, to bring them back.