"South Park" nails the postelection mood: "This isn’t how it was supposed to happen!"

Forced to quickly alter its postelection episode, "South Park" delivers an empathetic palliative for our pain 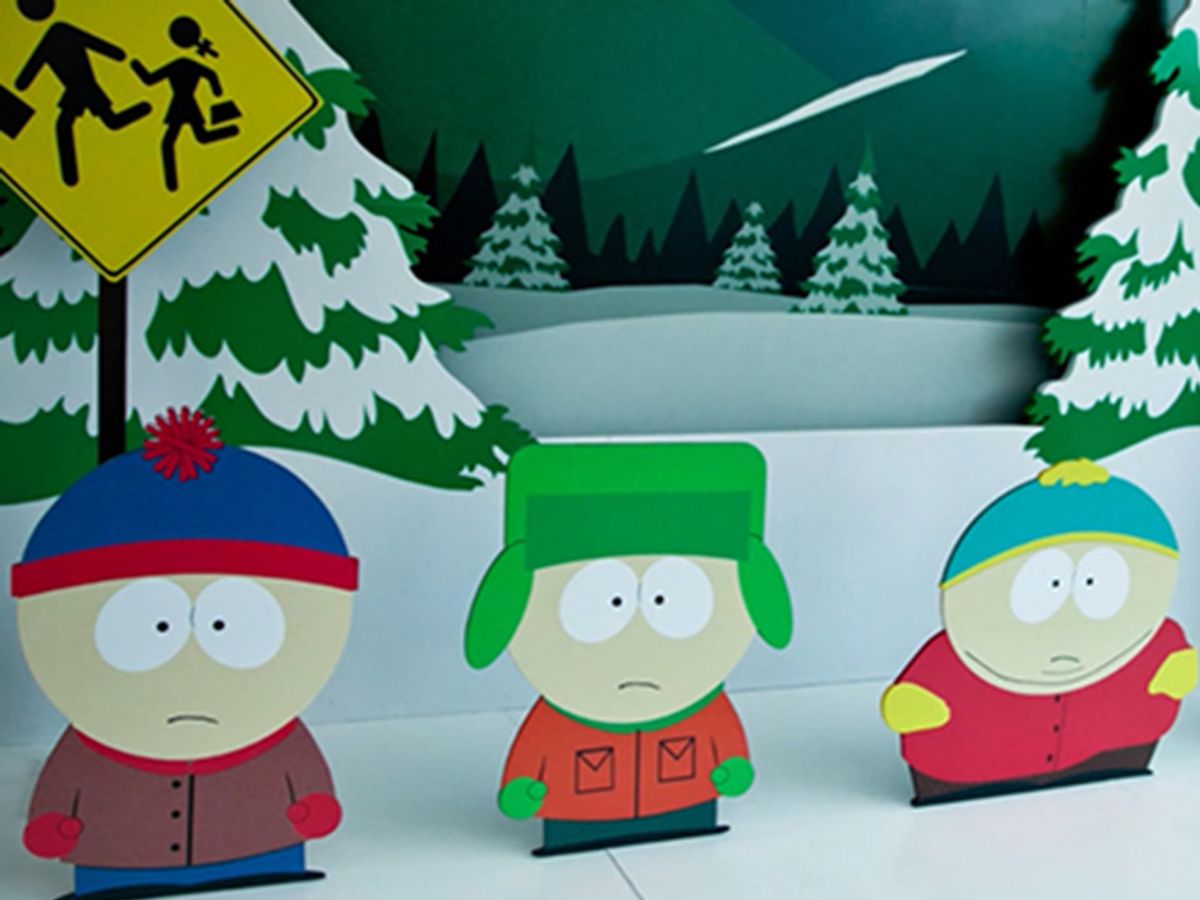 Caught off guard like the rest of us, Trey Parker, Matt Stone and the show's producers furiously scrambled to alter the episode, which was titled "The Very First Gentleman" until a few hours prior to broadcast. Fortunately, the "South Park" team is used to taking each week's production schedule right down to the wire in order to accommodate 11th-hour culture shocks such as Donald Trump's victory.

The result, "Oh Jeez," feels a little less cathartic and joyful than past postelection "South Park" installments. Then again, many of us are still waiting for our psychic wounds to scab over. What's more significant is that it's also the first postelection episode that had to fit into a serialized arc, assigned a higher level of difficulty to an alteration already being navigated on the fly.

In 2008 "South Park" greeted President Barack Obama's first term with a parody of "Ocean's Eleven" and "Entrapment." His re-election in 2012 inspired an adventure that places Eric Cartman in a conspiracy to steal votes that somehow involved the Chinese government, which was really just an excuse to make a groaner of a punch line out of the popular takeout dish General Tso's Chicken.

These were simpler seasons composed of one-off episodes, made in times that we can accurately call less complicated that of our world today.

This time around a viewer may have been wondering what Parker, who wrote "Oh Jeez," would have to say about the electoral seizure that tensed up the entire nation on Tuesday night. He didn't make viewers wait long. (Spoilers ahead, folks. You've been warned.)

The episode opens with Stan's dad Randy Marsh storming into the town's election night party at the South Park Community Center, marching past his gobsmacked neighbors to gape at the results on the TV screen.

Quickly the scene's perspective changes to show Randy facing the viewer. "What have you done? You MANIACS!" he screams at the community center's TV screen — but really, it is at us. In the background, a man shoots himself in the head. Randy then adds in a quieter voice clouded with disbelief, "This isn't how it was supposed to happen!"

This occurs several times during the episode, which is a kind, politically agnostic gesture to the aching, bewildered fan tuning in to "South Park" for reliable solace. Kudos to the show's team for figuring out how to extend such comfort while expanding the season's narrative story arcs.

The current season has been lampooning trolling, our increasingly acrimonious gender divide and a protest movement that has swept Stan, Kyle, Kenny and Cartman into the fray. All the while the presidential election is hovering in the background, with the ludicrous Mr. Garrison standing in for Trump (known here as Giant Douche), leaving Hillary Clinton to assume the role of Turd Sandwich.

"South Park" traditionally uses the Giant Douche and Turd Sandwich as metaphors for the impossible choice viewers have to make in virtually every election season, and repulsive as the suggested imagery is, the terms almost always fit.  ("Nearly every election since the beginning of time has been between some douche and some turd," a character explains in 2004. "They're the only people who suck up enough to make it that far in politics!")

Parker and Stone feel our pain, that much is clear. And as they have done after every presidential election since 2004, they also have effectively used the freedom animation affords them to slap around Democrats and Republicans in equal measure as mirthfully as possible.

But as cartoon Bill explains later, he isn't being chivalrous for nothing. "You see, hell have no fury like a woman scorned," he warns, adding that Hillary "and all the other women in the world are about to get payback. . . . Women are sick of our shit, son."

Two-dimensional Hillary may just be getting started, but this season's most dangerous threat has never been either candidate or voter stupidity, sexism or cyberbullying.

"South Park" has accurately diagnosed our nation's troubles as an unrealistic clinging to nostalgia, a yearning for a mythologized past that has numbed us to reason and is stymieing progress. In the arc, nostalgia infiltrates America in the form of Member Berries, a fictional fruit that dulls the senses.

But their narcotic effects are now even more virulent and capable of spreading via projectile vomit, which is delivered first by Caitlyn Jenner, Mr. Garrison's choice for vice president. The town and the nation are perilously close to becoming easily manipulated sleepwalkers, beginning with all the Marshes but Stan.

"We've learned that women can be anything," a blissed-out Stan observes. "Except for president."

A closer mirror to reality is Mr. Garrison's candidacy; he has been running on a platform that eerily resembles his real-world counterpart. "All of my efforts [over] the past week have paid off," he yells confidently from his victory podium "And now, let's begin . . . FUCKING THEM ALL TO DEATH!"

You know what? Just go watch the thing.

"Oh Jeez" won't go down as the season's best episode, and that's fine. Considering everything that has come to pass before it aired Wednesday night, all it needed to do was get us over the hump, and its juvenile jokes, pop culture homages and instances or two of justice being served fulfill that mission. Above all, Parker and Stone have also shown an unprecedented level of empathy to the audience, calming a few of our anxieties.

"I can't imagine how you're feeling right now," Stan tells his girlfriend Wendy — and viewers — at one point. "I know that the election didn't go the way you'd hoped. What I want to say is, I'm sorry. . . . And I just want you to know that I'm here for you."

Thank God for that.