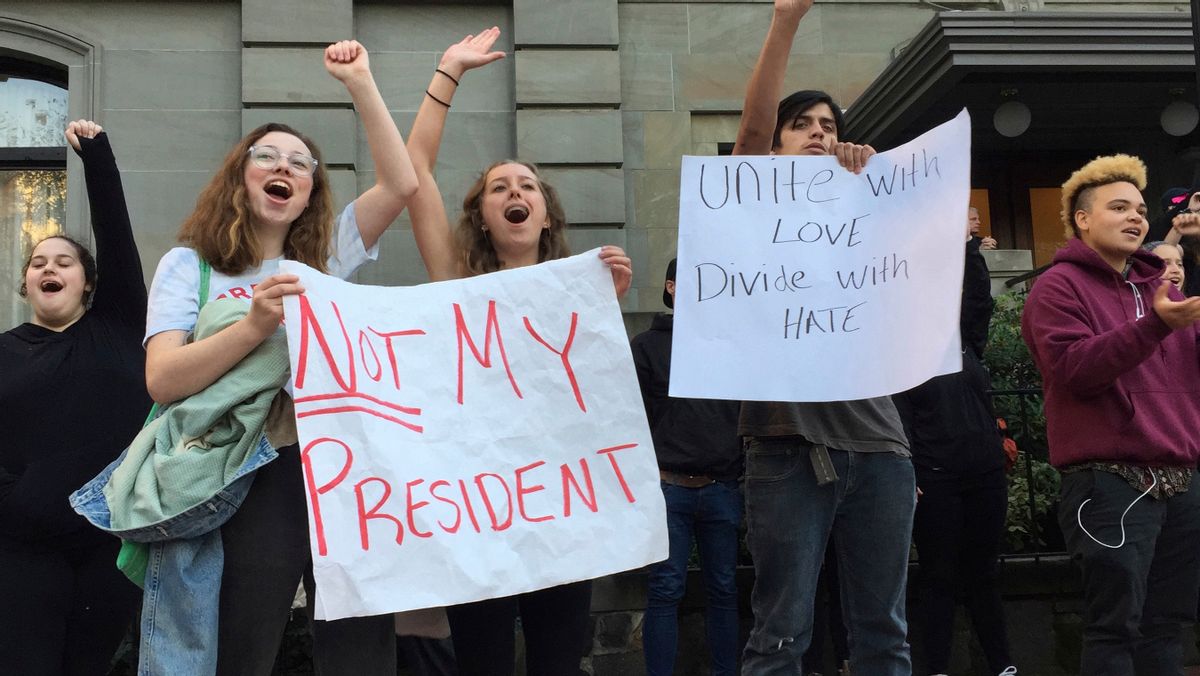 Several dozen students from various high schools in the Portland, Ore., metropolitan area gather downtown to protest Republican nominee Donald Trump's victory in Tuesday’s presidential election, Wednesday, Nov. 9, 2016. The protests were peaceful and students said that they felt compelled to demonstrate against Trump because they were not old enough to vote. (AP Photo/Gillian Flaccus) (AP)
--

Day two of President-elect Donald Trump's transition into the White House has taught us two things: Donald Trump will continue to be a thin-skinned man-baby in a suit while trying to be the leader of the free world, and that his aides are likely still struggling to wrest control of the Twitter president's near and dear social media accounts.

As protesters took to the streets for the second straight day against the man who rode an overtly racist campaign to come in second in the popular vote, Trump took to his beloved Twitter account — the new bully pulpit — to whine that the people he's going to take an oath to serve in two months aren't being nice to him.

That claim is beyond false. Ask any media organization or journalist where they would find the money to pay thousands of protesters to show up and do something, and they'd laugh in your face. And then probably cry.

But it's probably Trump projecting; Donald Trump's first political event, when he announced his candidacy, featured extras who were paid $50 to appear and voice support. Trump's Twitter account was in a better mood Friday morning, praising the "passion for our great country."

The second tweet, featuring declarations of unfairness and complex word structure, probably came from a staffer, meaning that the biggest national security risk for the White House isn't going to be the nuclear codes, but rather the Twitter password.